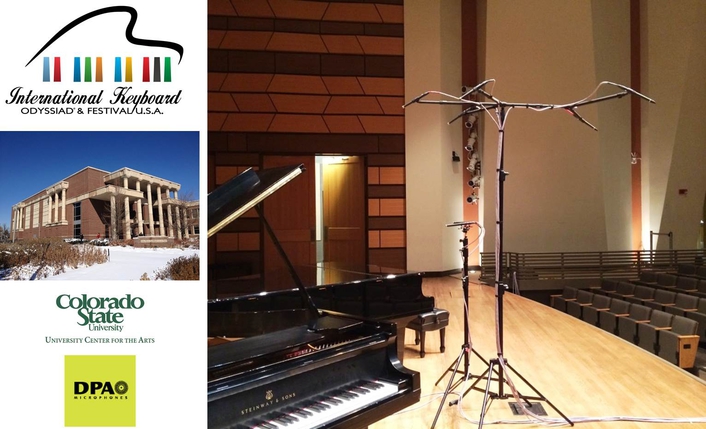 International Keyboard Odyssiad® and Festival (IKOF), an annual competition dedicated to promoting the next generation of pianists, tasked the recording engineer and producer Mirko Čanji with recording the intensive five-day event. The engineer recommended the high-resolution, Direct Stream Digital (DSD) in simultaneous 5.0 multichannel and stereo formats, and turned to DPA Microphones to ensure the most accurate recordings.

Seeking the most accurate recording of the master classes, evening concerts and semi-final and final rounds of the event, Čanji, who specializes in chamber and orchestral music arranged a combination of DPA Microphones powered by Grace Design’s m802 remote-controlled microphone preamplifier to do the job. He employed DPA’s d:dicate™ 4006A Omnidirectional Microphones in stereo and surround setups, respectively. He also selected the company’s d:facto™ Vocal Microphones for commentary during the series of events, which took place in the Griffin Concert Hall at the University Center for the Arts at Colorado State University. 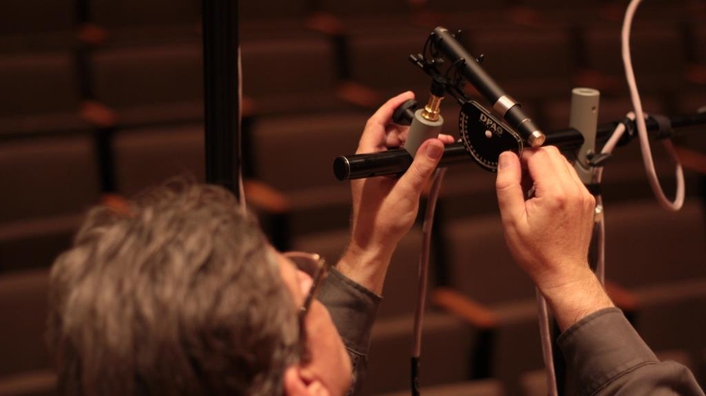 “This is the first time in the IKOF’s four-year history that the team decided to record the event, so my goal was far greater than to ‘make a recording.’ I wanted to capture the moment of the performance with such realism that when you listen to the recording you are transported to the concert hall for a visceral experience.” says Čanji. “I chose DPA because of its history, reputation, design, flexibility and, above all, incredible accuracy. The comments from those who heard the live recordings from the event ranged from a speechless gesture and ‘spectacular’ to ‘the best piano recording I’ve ever heard.’ To ensure that this goal was met, I spent a lot of time in the concert hall during rehearsals, analyzing the subtleties of the particular piano and the way it interacted with the acoustics of the hall and determining the ultimate position for the mics. This way, I was able to obtain the most natural sound of the instruments.”

One of the main challenges Čanji had to account for during the festival was the constant shift of the acoustical environment due to changes between venues and piano positioning, among a number of other factors. “Any one of those changes had an impact on the sound of the piano,” he explains. “In addition, the acoustics of the hall were sometimes adjusted to accommodate the artist’s preference. This required me to frequently relocate the microphones, with minimal time for a sound check; so I had to rely on my experience, combined with the reliable and consistent sound of the DPAs. Only the finest microphones stand a chance under such sonic scrutiny.”

When it came time to record the live performances, Čanji used matched stereo pairs of d:dicate™ 4006A Omnidirectional Recording Microphones on shock mounts, which he complemented with a surround arrangement of five matched d:dicate™ 4006A Omnidirectional Recording Microphones. Using DPA’s customizable S5 Surround Mount kit, the engineer arranged the five microphones in a distinct formation that he found to be best-suited for the recording. 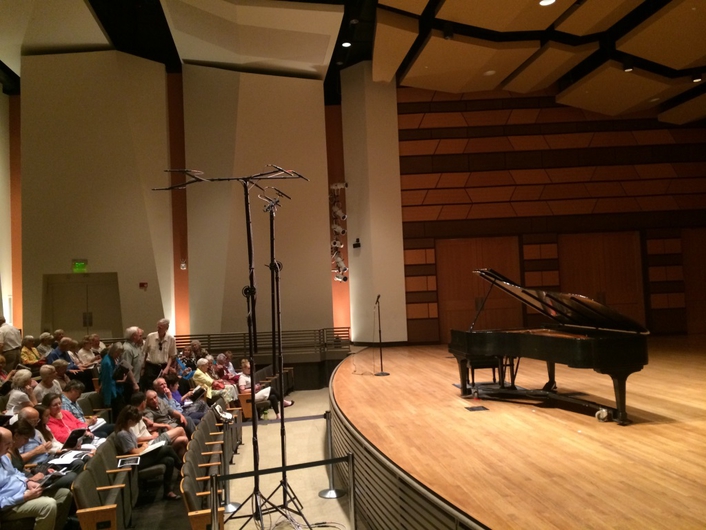 “The performance of the microphones and the accessories during the festival was impressive,” adds Čanji. “Design-wise, DPA is a perfect blend of form and function. When I want to capture the acoustic environment and preserve the natural imaging of an event such as IKOF, the microphone placement and spacing are critical. The shock mounts perfectly minimized the foot noise and vibration from the stage, while the design of the surround mount was visually consistent with that of the microphones, which made for an aesthetically stunning design in its own right. ”

In addition to using the DPA Recording Microphones to capture the pianos, Čanji selected the company’s d:facto™ Vocal Microphones to project the announcements and subsequent artist interviews, which were also used in the recordings. “The d:facto™ Mics sounded great, and I did not feel a need to do any EQ for the recordings,” concludes Čanji. “In fact, I intentionally stayed away from compression, EQ or any other processing in the audio chain in order to preserve the natural character of the piano. Thanks to the high-resolution DSD recording technology used, the sound that the DPA mics delivered into the signal flow was exactly what came out.”

Headquartered in Fort Collins, Colorado, the IKOF is a non-profit organization that supports the exchange of keyboard students and faculty via scholarships and fellowships, conferences, workshops, master classes and performance opportunities around the world. While the main IKOF competition is hosted annually in the U.S., it is shared with music schools in countries around the world through a network of participating member associates. The IKOF in each member country hosts its own competition and festival under license of the U.S. headquarters, which provides a turnkey operation for distribution to member associates.