Finding a microphone to amplify an acoustic instrument, such as a violin or guitar, is never easy. But when The Villalobos Brothers, one of today’s hottest contemporary Mexican ensembles, headed out on tour they knew that was just what they needed, and DPA Microphones delivered just the right solution. After purchasing four of the company’s d:vote™ 4099 Instrument Microphones, the quartet — comprised of Luis, Ernesto and Alberto Villalobos on violin and Humberto Flores on guitar —  is able  to perform its Mexican folk music with modern flair.

Additionally supported by Rosa Avila on drums and Leo Sherman on bass, The Villalobos Brothers first discovered the d:votes three years ago, when it was decided that Flores needed an amplification method. “Coming from classical and traditional Mexican backgrounds, we never really amplified the violin. Once we began incorporating additional instruments and vocals, we knew we couldn’t keep using a completely acoustic sound,” says Luis. “We tried all sorts of microphones and pickups, but we were never satisfied with the quality of the sound, which is most important to our performances. Then, we discovered DPA. After gathering information from the DPA website and several reviews, as well as watching video statements from other musicians, we decided to try them, first with Humberto’s guitar. We quickly fell in love with the microphones’ clarity, ease of use and ability to stay put throughout our rigorous performances, so we bought additional mics. The sound is so real; we wouldn’t change it for anything.” 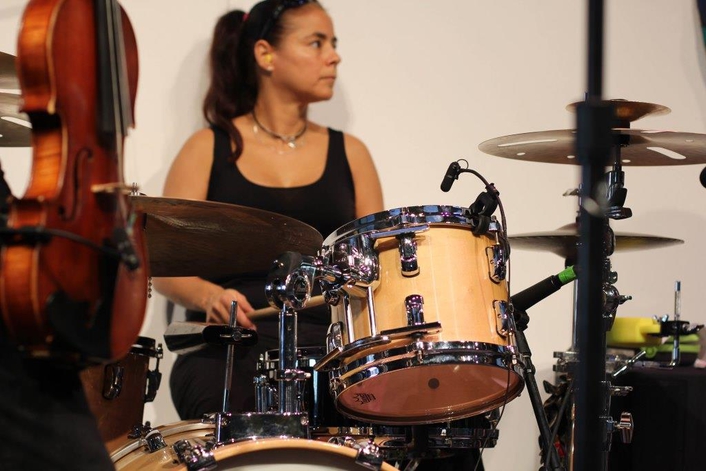 In addition to the d:vote’s ability to replicate the natural sound of the band’s various instruments, the microphone mounts are also, according to the band, top notch. “We are very fond of the way the mounts are so well designed for each specific instrument,” adds Luis. “I love that I can remove the microphone from my violin with just one hand. We use the d:votes on all of our violins, Humberto’s guitar, and even on Rosa’s drum toms. We love that they are so versatile.”

Mobility on stage is an important part of the band’s performances, so on recommendation from DPA’s James Capparelle, the Villalobos Brothers upgraded to the company’s new 2.2 mm heavy duty cable for the microphones. According to Luis, “many of our pieces come with a little bit of choreography, so we need to be able to move around the stage and know that our cables and microphones will hold up to the added stress put on them. By adding the heavy duty cable that James suggested, we know with confidence that the d:vote will continue to give us the realistic, natural sound we are looking for everywhere on the stage.”

In addition to the d:votes, The Villalobos Brothers’ future plans include using more of the company’s mics, such as the d:facto™ Vocal Microphone with wireless adapters. “DPA has become more than a mic company to us, we look forward to a long relationship with everyone in the organization,” concludes Luis. 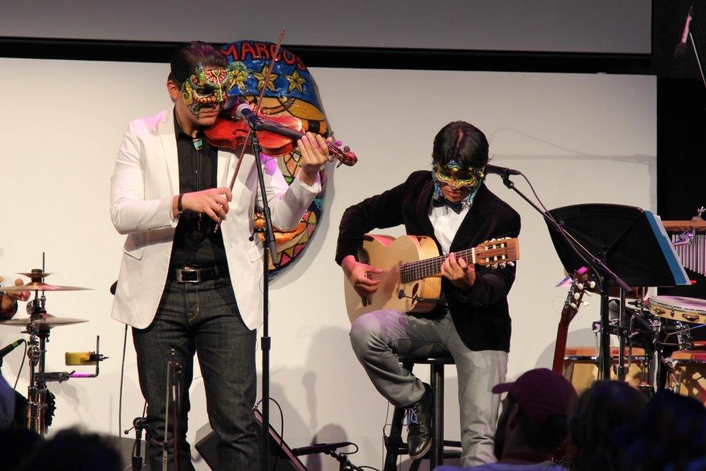 Born and raised in Xalapa, Veracruz, Mexico, The Villalobos Brothers have performed at many high-profile events and locations, including Cumbre Tajin, one of the top Latin American music festivals, and the famous Apollo Theater in Harlem, New York —  making them the first Mexican band to perform at the venue. The band’s impressive list of credits also includes the Latin Grammys®, Carnegie Hall and the 60th Anniversary of the United Nations, among others. The group has collaborated with legendary Grammy-winning musicians such as Dolly Parton, Dan Zanes, Pierre Boulez and Eddie Palmieri. The Villalobos Brothers plan to complete a symphonic project in collaboration with Grammy-winning arranger and composer Eduardo Magallanes, in addition to recording a second album this year.