“The theme for this year’s season was water,” says Trenaman, who has been with the company for just over half of its 25 years.  “So I wanted a fixture that would give me a variety of rippling water effects onstage and complement the video footage being projected onto the cyc. The Alpha Spot QWO 800s not only gave me many different options for the movement of the water but also allowed me to match the color of the projected visuals.” 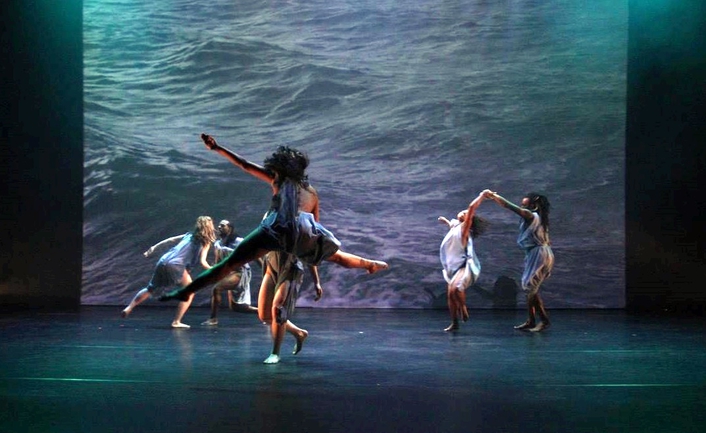 Agua Como Vida” and “Myth of Atlantis” both used four QWO 800s to animate the stage surface with a variety of water effects.  “Using the QWOs gave us flexibility in terms of the color and ripple movement; I was also able to concentrate the light where it was needed at any given time,” Trenaman explains.  “One of my favorite effects in ‘Agua’ is when the dancers mimic the rising and falling of the sea as they run towards each other from opposite corners of the stage.  The four QWO 800s would swell into center as the dancers collide and then slowly drift back to their home position.  To get the timing of that to work with video would have taken much longer than just adjusting the fade time on the lighting console.”

A.C.T Lighting arranged for Trenaman to use two A.leda K10 and two K20 Wash fixtures, which he deployed as diagonal backlights.  “The intensity out of the A.ledas, especially in saturated colors, was fantastic,” says Trenaman.  “I could easily cut through most of my washes to tone the stage even when the fixtures were flooded all the way out.  They also made great specials when zoomed tight.”

Since Ballet Creole moved into a new studio during rehearsals and preproduction for the spring season, Trenaman needed everything to come together at the last minute.  “I’m extremely grateful for the support we received from Andrew Beck, General Manager for A.C.T Lighting Canada, and Roland Danner, owner of RP Dynamics, who provided all the ancillary gear and logistical support,” he says.

Trenaman is already thinking about the role Clay Paky fixtures might have in the company’s annual holiday show, “Soulful Messiah.” 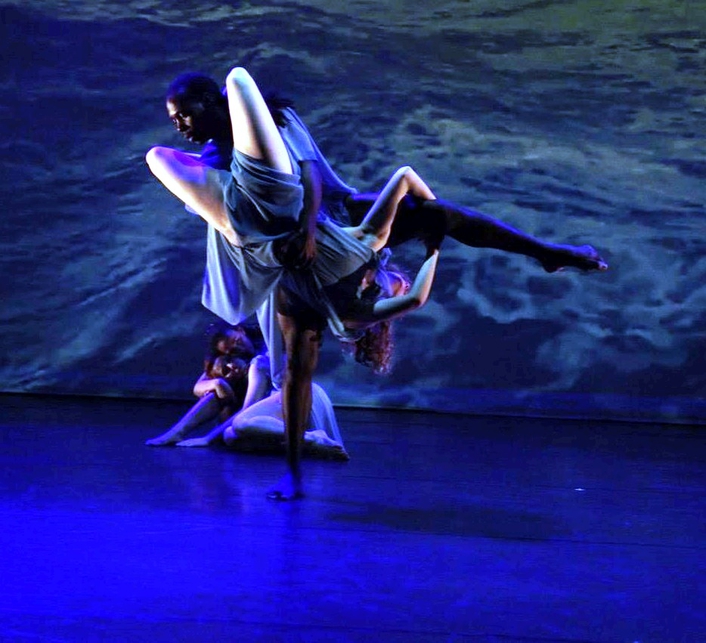 “Every year I mix up the moving light rig a bit to keep the piece fresh,” he notes.  “So I’m always on the lookout for new fixtures.  In the past I’ve relied on other Clay Paky products, including Alpha Spot 700s and Sharpys, so I’m happy to have a few new tools in the toolbox which I know will complement each other.”

Francesco Romagnoli, Clay Paky Area Manager for North and Latin America, added, “It’s so rewarding to see these creative applications of our lights and it’s gratifying to see Mr. Trenaman use so many of our fixtures for these performances.”