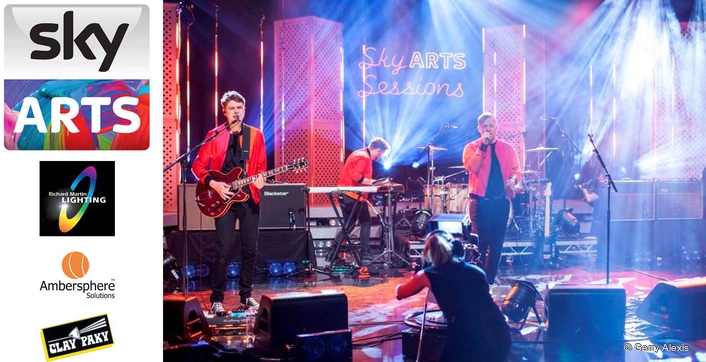 “All the discharge lighting is Clay Paky exclusive this season,” says Bowles. “The fixtures are performing perfectly on camera, whilst also impressing everyone in the studio. In fact many of the guest artists have been overheard commenting on how good the lighting looks!”

Filming so far has seen performances from the likes of Django Django, Gaz Coombes from Supergrass and The Vaccines, with not only each act requiring significantly different lighting looks but also each of their tracks. Supplied by Richard Martin Lighting (RML), Bowles chose the 12 Mythos, eight Alpha Spot HPE 300, 24 Sharpy Wash 330 and 6 Sharpy fixtures to meet the versatility requirement.

“The wide range of colours and effects offered by the Clay Paky fixtures is fantastic,” says Bowles. “In particular, the Sharpy Wash 330’s ability to change from a punchy, fat beam to a subtle wash in bold primary colours to soft pastels was really effective for changing moods between songs and acts.” 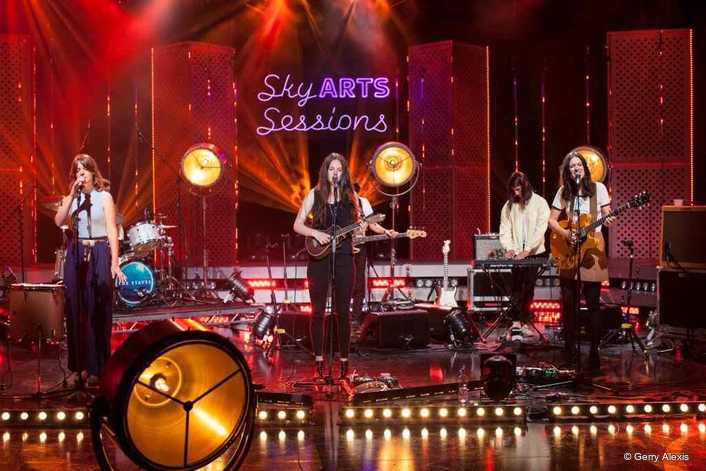 The award-winning Mythos fixtures are placed at various heights at the rear of the studio, delivering both absorbing gobo effects and tight pencil beams to complement the Sharpy floor package.

“The Mythos is an extremely powerful yet compact effects light. It works well with the Sharpy, which has always been a reliable workhorse for TV production because of its perfectly parallel and precise beam,” says Bowles.

“I would like to thank RML and Ambersphere for their invaluable help in supporting this production. Also lighting programmers Alan Boyd and Andrew Harris for their speed of operation even with acts changing songs at the last minute.”

Sky Arts Sessions season 2 will be broadcast this autumn on the Sky Arts channel.