One of the latest additions to the Clay Paky product line, the Stormy CC strobe, proved a huge hit with the lighting designers as it made its debut on Austria’s high-altitude music festival Snowbombing this April.

Taking place in the stunning alpine location of Mayrhofen, the festival boasts a line up of some of the world’s biggest dance acts, including Fatboy Slim, Sub Focus and Rudimental.

Event production house Audile, who has had an on going relationship with the festival since 2002, supplied 12 of the Stormy CCs to the event, alongside 40 Sharpys, 12 Alpha Spot HPE 700 and 8 Alpha Beam 700 fixtures.

“The Clay Paky fixtures were ideal for Snowbombing as their flexibility, reliability and vast number of features made them extremely popular with all the lighting designers,” says Audile’s Director Rob Leach. “They especially liked the Stormys, as their powerful strobing in vibrant colours enhanced the rave-style atmosphere.” 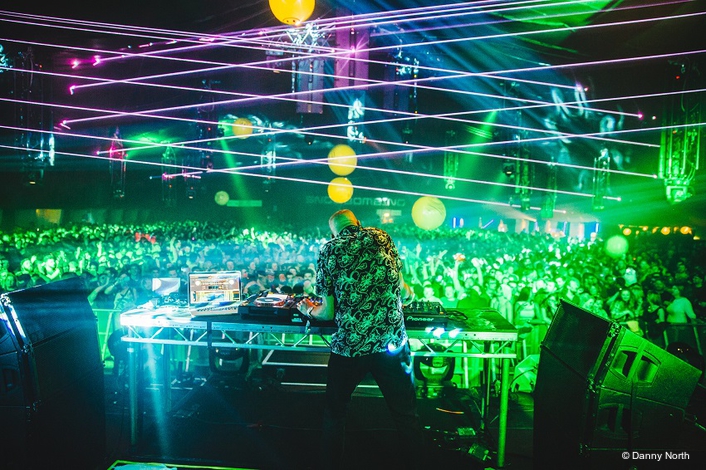 The festival has various areas, such as The Racket Club and Forest and Street Party stages, with the Clay Paky fixtures spread throughout. “The Clay Paky units were mainly on the indoor venues, however they also performed perfectly in the harsh environment of the outdoor stages,” continues Leach. 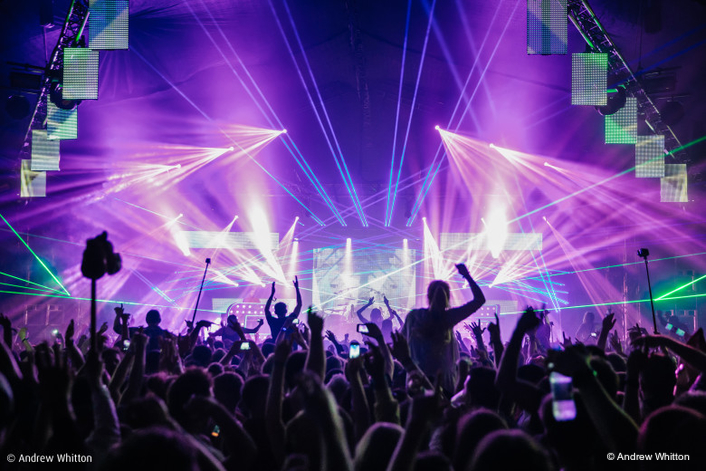 “It’s important for Audile to have these fixtures in our stock, as they deliver a very good all round performance for the price and they’re always in high demand for the wide range of events we cover. In addition, since the success of the Stormy CC at Snowbombing we have added more to our hire stock, as well as investing in the Mythos which we are very excited about.”

Snowbombing Festival ran from the 6 – 11 April in Mayrhofen, Austria.