Choreographers, actors and dance champions Derek and Julianne Hough have taken their “Dancing with the Stars” expertise on the road for a second year in a row with their dynamic show, “Move Live on Tour 2015.”  Lighting designer Peter Morse of Peter Morse Productions in South Lake Tahoe, California is using Clay Paky A.leda B-EYE K20 and Sharpy Wash 330 fixtures on the show.

“Move Live on Tour 2015” opened in Phoenix and played 42 dates across the country before closing in Las Vegas August 8.  The spectacle features dancing and singing by the Houghs and the Move Dance Company; they even encourage audience participation. 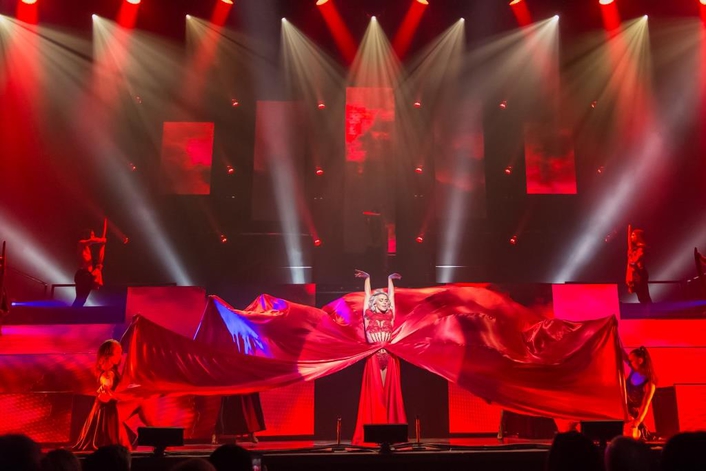 “A lot of shows I do are rather large in scale.  This tour plays mostly theaters and small arenas so it poses a bigger challenge: working with budget and truck space limitations while still making sure you knock it out of the park,” says Peter Morse.  “I love lighting visuals, like the dance, where lighting is the support act.  If what you are lighting is entertaining enough, lighting should not be the show.  Lighting should illuminate the event, not create the event.”

With only two trucks to hold wardrobe, audio, video and lighting equipment and no room for extra truss, Morse opted to hang a rear wall of wash lights on the same truss as the LED panel backdrop; he also uses mid-stage and FOH truss to shoot lights across the stage instead of deploying traditional side lights to illuminate the dancers.  “This configuration enables me to achieve what I want with a minimal number of fixtures,” he explains.  The lights are supplied by VER.

Eighteen B-EYE K20s comprise the back wall of fixtures to light the dancers and do beam-style air graphics aimed at the dancers.  “I like B-EYEs a lot,” says Morse.  “They’ve got all those individual LED facets so you can break them down into a multitude of effects.  You can go from a huge broad beam down to a very narrow spot.  B-EYEs are very powerful while comparatively lightweight and easy to maintain.” 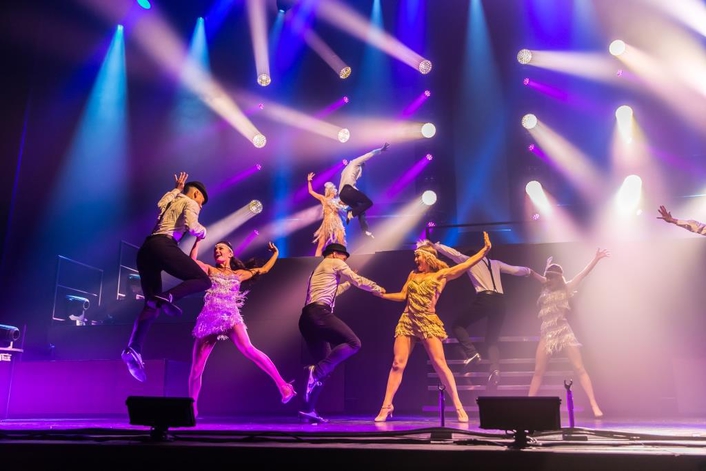 Morse positions 14 Sharpy Washes in several places on the stage.  “They’re on the floor in the wings on the apron entrance where they act as shin kicks to put more light on the dancers’ bodies,” he says.  “And there’s a ground row on the floor behind the set to deliver aerial beam effects.  Sharpy Washes are a great combo of output plus small size and light weight.  They give me everything I need for these applications.”

Craig Caserta is the programmer. Dave Leonard is the touring lighting director for the show, Butch Allen the production designer and Andrew Weiss the production manager. 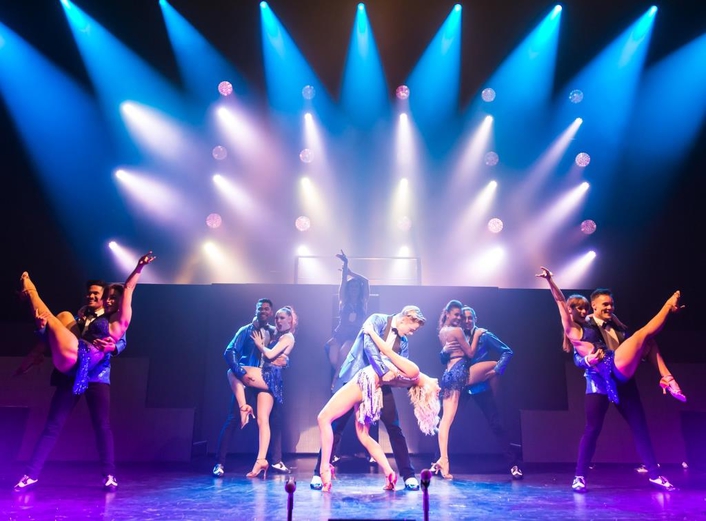 Francesco Romagnoli, Clay Paky Area Manager for North and Latin America, added, “It’s great to see so many of our fixtures use on television and I’m glad so many designers like the as primary lights as well as eye candy.”