Having made an initial foray into virtual reality (VR) in news coverage, Sky is now launching an aggressive push into the world of VR with the sports it owns rights to show

The pay-TV giant is promising that its new commitment to VR content will bring its expertise in storytelling to the creation of immersive experiences that will put the viewer right at the heart of the action. To step up the production of VR content across all its markets, Sky has created Sky VR Studio, a dedicated in-house VR production unit. As well as creating sports content, the new unit’s remit will also encompass films, news and entertainment.

The new venture is the culmination of work in VR that began in 2013 when the company invested in Jaunt, a US-based company pioneering cinematic virtual reality. Sky VR Studio will be charged with driving the creation of cinematic, fully immersive VR content, producing more than 20 individual films, across a unique range of Sky content. In the coming months, Sky VR Studio will create brand new, exclusive VR content such as a perspective on heavyweight boxing; following Team Sky as it sets its sights on retaining their Tour de France crown; exclusive VR content across a range of news, arts and entertainment programming. 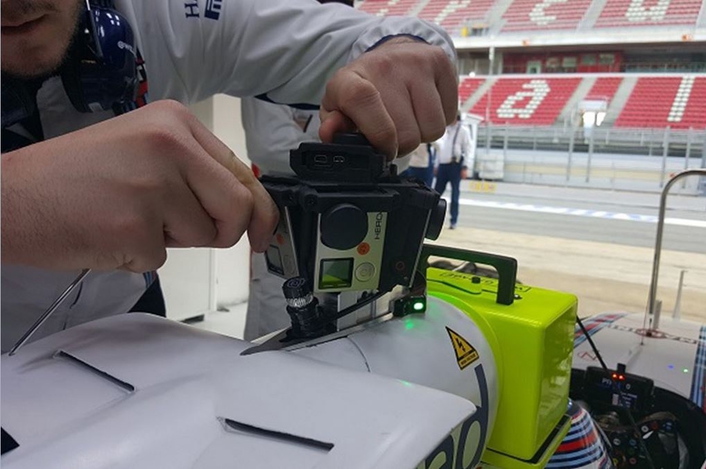 “The Sky VR Studio allows us to add a new dimension to storytelling, taking viewers to extraordinary places and offering a unique perspective on a whole host of events,” commented Gary Davey, Sky’s MD of content. “The development of VR technology is moving at an incredible pace and excitement is building about its potential. Our expertise across a wide range of video content, from original drama to live sport, gives us a unique ability to bring VR to life for customers.”

The first pieces of fully immersive VR content to be produced by the unit will be released on 18 March in the form of two so-called ‘unprecedented’ films shot during Formula One testing in Barcelona. The film is attributed with being able to transport viewers to the pit lane, into the team garages, and out onto the track. 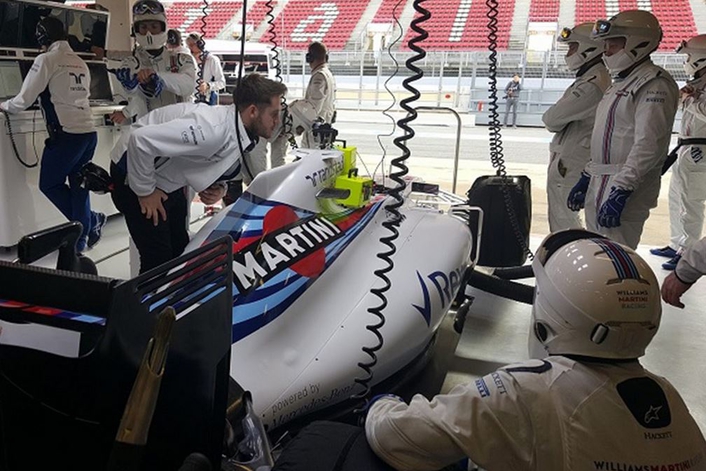 The two F1 VR experiences, produced in conjunction with Formula One Management and Williams Martini Racing, will be made available via the Facebook 360 Video platform. The full VR experience will also be available on the Oculus platform, and viewable on the Samsung Gear VR and Oculus Rift headsets. Sky will look to distribute content through a dedicated Sky VR app later in 2016.

The broadcaster has set up a production unit called Sky VR Studio to produce content initially for Facebook’s 360-degree video platform, viewable through the social network’s website and mobile apps. The Sky content will also be available for Facebook’s Oculus platform, including the Rift and Samsung Gear VR headsets.

It will also launch a dedicated Sky VR app, with the aim of reaching as many people as possible.

The broadcaster has committed to producing more than 20 videos across sports, movies, news and entertainment genres in 2016, starting with two F1 VR experiences, made in partnership with Formula One Management and the Williams F1 team.

The two F1 experiences include a trip behind the scenes at testing that occurred in Barcelona a few weeks ago, including interviews, car viewings and onboard 360-degree shots from the top of the Williams F1 car as it races around the track. The Sky VR Studio will also produce content exploring Anthony Joshua’s heavyweight boxing bid for the world title and Team Sky’s progress towards the Tour de France. 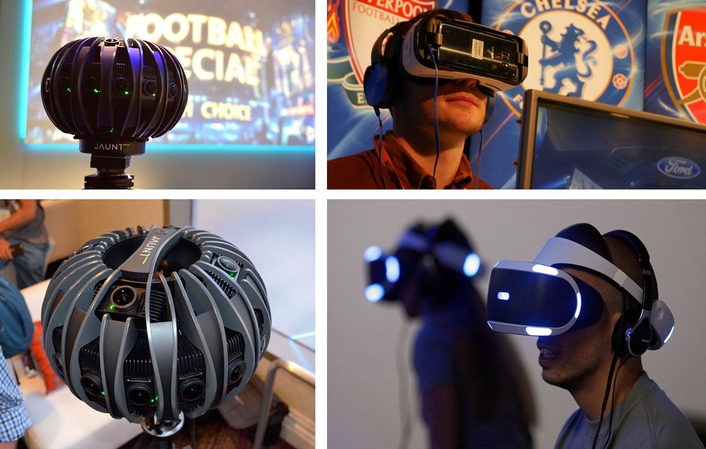 Gary Davey, managing director of content for Sky, said: “The Sky VR Studio allows us to add a new dimension to storytelling, taking viewers to extraordinary places and offering a unique perspective on a whole host of events.”

Richard Nockles, creative director of Sky VR Studio who has been working in VR for around six years, said: “We’re still learning the rules of VR, how to make it work and elicit an emotional engagement with viewers.

“Every six months the cameras change, the viewers improve, this is an exciting time for VR and we want to be able to find what works and shape the technology.”

Sky News has already experimented with 360-degree videos in footage of the migrant crisis at Lesbos and Calais, and the red carpet at the Star Wars: Force Awakens premiere.

One of the biggest problems with VR is the lack of content that isn’t a game. Early pioneers such as Jaunt VR, of which Sky is an investor, have taken to recording concerts with stereoscopic cameras, distributing it as apps for Google’s Cardboard VR platform. But few have seen it or even know that it exists.

Sky’s move into VR content is a major step for a traditional broadcaster and could be crucial in pushing the adoption of the nascent technology beyond gamers.

The head of Sky VR Studio, Neil Graham, said: “Why now? The platforms are now ready to make this stuff happen and to test the boundaries of what is possible.”

There is a possibility that VR video content will end up like 3D TV - a novelty that many couldn’t be bothered with as it required them to don a small set of glasses to view. But VR offers the potential to put the viewer into the experience of actually being there like nothing else.

This is where sport could hold the key to driving adoption. Television broadcasts are already a better viewing experience for most than attending live sport but it lacks the atmosphere, the feeling of being there and sharing with others in the moment. 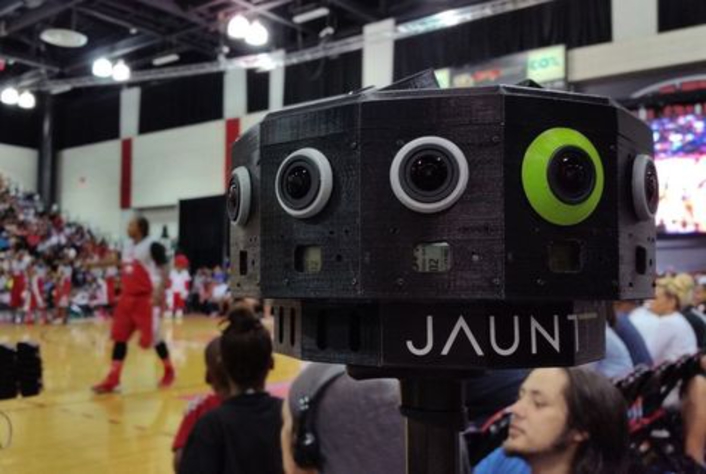 VR could provide that element of sport, if people are willing to don a headset and headphones, which is still a big if.

Nockles said: “Is 2016 the year of VR? Probably not. But it will gain greater recognition this year, meaning 2018 is likely to be the year of VR. When the gear is lighter and smaller and the experiments are over, allowing the story writers to come in.” 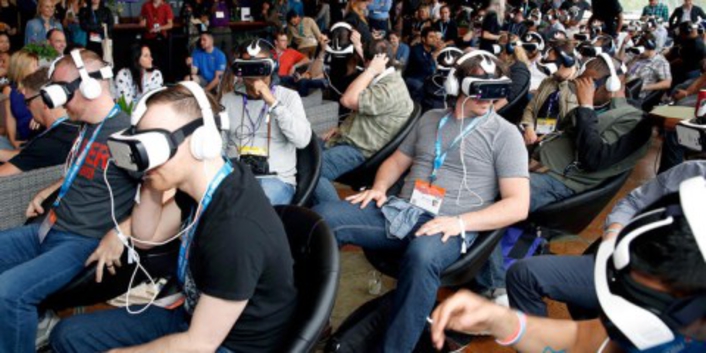 There is also the problem of delivering live sport VR broadcasts, which no one has tackled yet. It’s not simply a case of delivering twice as much data to two screens instead of one (one for each eye). VR requires a 360-degree view on two screens, which requires a significant amount of bandwidth.

For now, content is likely to be limited to pre-recorded events that users can download and view after the fact, but Sky dipping its toe into VR video, along with Sony launching its PlayStation VR, could be make-or-break moment for VR.