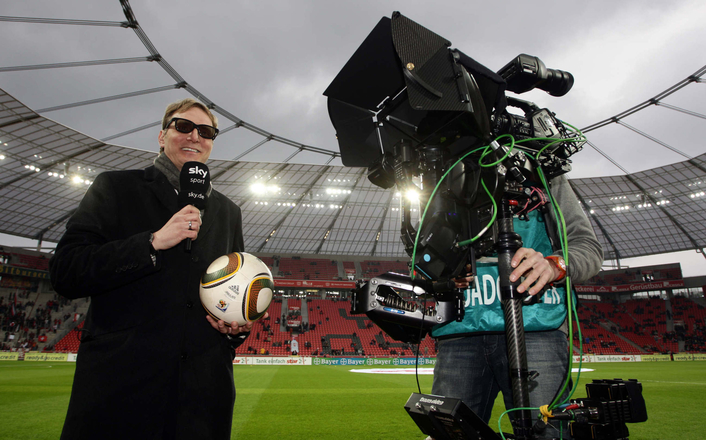 3D HD Cameras on Steadicam
After exhaustive tests of various 3D production equipment at the Champions League Game VFB Stuttgart - FC Barcelona on 23rd February,  Sky Germany decided to broadcast the Bundesliga top game between Bayer Leverkusen and the Hamburger SV in 3D HD to a selected group of VIPs in Munich. The Live production of the 3D HD signal in Leverkusen was carried out by TopVision on behalf of Sportcast. The responsibility for the transmission was with HD Sat Communications, providing an uplink van in Leverkusen and a downlink van in Munich.

A comparison of the neccessary camera equipment for a standard HD production (13 - 14 cameras) and the camera equipment used for the 3D HD production in Leverkusen (2x 9 cameras = 18 cameras) underlines how much more effort is required to produce a Bundesliga game at the established standards. You also have to have an additional HD OBVan on location because the production crews have to generate the two live signals independantly. This is one of the reasons why Sky in England has decided to only produce one Premier League game per matchday from April onwards. When Sky Germany will start with regular 3D HD live transmissions of the Bundesliga is not clear yet. 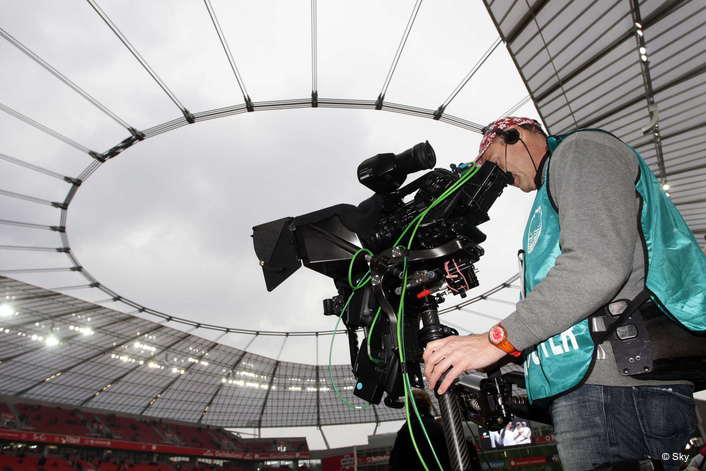 One of the nine 3D HD Camera Pairs in Leverkusen

The cost of a 3D HD Production

Everyone of the guests in Munich was amazed by the quality of the 3D HD pictures of the game, but as long as the president of the German Bundeliga, Reinhard Rauball is stating: "It is an advantage for our sports if the viewing experience is reaching a new attraction level, but it shoud not cost more than todays productions", we still will have to wait some time to see the 3D HD signal on our tv sets at home. Sky UK is sending two production crews and two HD OBVans to the top game of the Premier League on every match day and this is minimum twice the cost of what Sky UK is paying for the production of one of the other games. 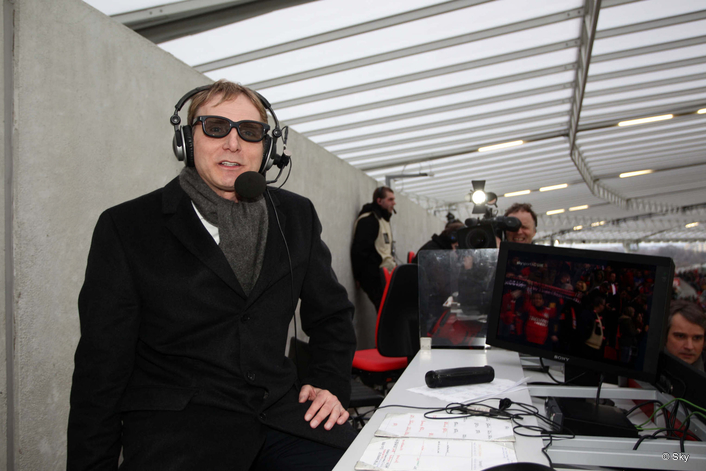 The next big 3D HD event in Germany will happen during the FIFA World Cup in South Africa: 25 games will be produced in 3D HD and transmitted to selected cinemas in in seven citys worldwide. In Germany the 25 games can be seen in a Berlin cinema. According to the comment from Franz Beckenbauer after he had seen the 3D HD production on Sunday: “The pictures I have seen here today are fantastic. In my age I already have participated in many TV developments and I am sure that with 3D HD we are at the dawn of a new area in TV technology”, everyone who has seen the 3D HD pictures will agree with him. However every one needs to be willing to pay for the advantage to see 3D HD transmissions: the rights holders, the sponsors and finally the viewer at home in front of his 3D HD TV set - because the production of two transmission signals with two production crews and two HD OBVans is twice the price for one and the same game. 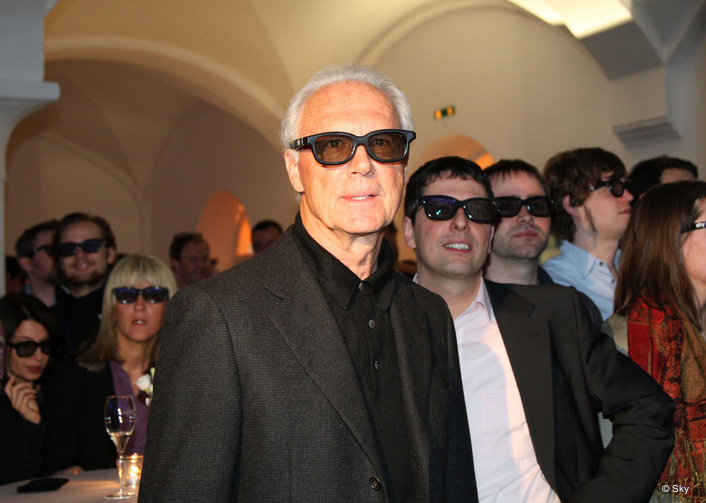