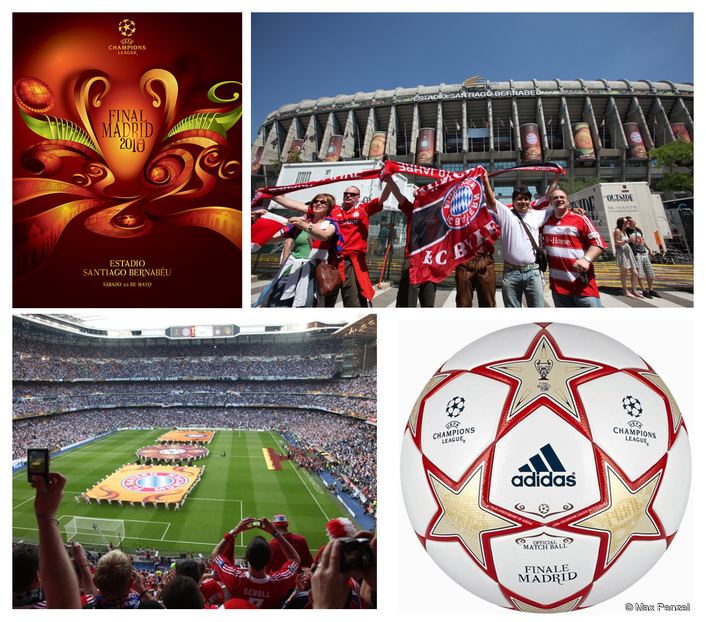 Outside Broadcast covered the Game in 3D
A season of change for the UEFA Champions League culminated with a familiar face lifting the trophy as José Mourinho led FC Internazionale Milano to a 2-0 victory against FC Bayern München at the Santiago Bernabéu in Madrid. At the conclusion of his 700th match for Inter, Javier Zanetti lifted the trophy and added the continental crown to the Italian league and cup double Inter had already secured. Diego Milito scored in each half to capture Inter's third European Champion Clubs' Cup and the second for Mourinho who, following his 2004 triumph with FC Porto, became just the third coach after Ottmar Hitzfeld and Ernst Happel to win the title with two clubs.

3D Production by Outside Broadcast

In addition to the coverage in HD (by MediaPro) the showpiece was produced in 3D by the Belgium production facility Outside Broadcast and the signal was distributed via Sky UK to the 3D pubs in the UK and Ireland and to two 3D cinemas in Spain. 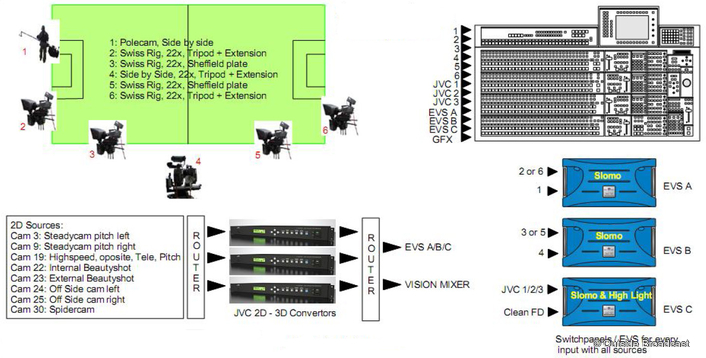 General Layout of the 3D Production

Via a router a maximum of three out of eight 2D HD camera feeds (including two Steadicams, one SuperSloMo, two Beauty-Shots and one Spidercam) were converted to 3D using the JVC IF-2D3D1 stereoscopic image processor. This was giving the production director access to nine 3D camera signals on the Grass Valley Kayak 450 vision mixer plus three playback channels from the EVS XT2 servers and the signal from the graphics generator to produce the 3D transmission signal.

It became clear that the mixing of the six 3D camera signals with the three 2D to 3D converted camera signals immediately was obvious to the viewers: In 3D the viewers need to live inside the frame, which takes a lot of thought and careful planning.

This means slowing down the shots and instructing the crew to pay attention to a whole series of details they don't have to think with producing a 2D HD signal.

The other finding was: What works on a 3D 52” TV screen does not work in a 3D cinema with a 60m² screen. To produce a 3D live signal for a cinema needs even more careful thought and planning than for a TV screen – because 3D effects that work on the TV screens and give viewers that feeling to life inside the frame kicks the viewers in the cinema out of the frame.

2D and 3D Productions have to be carried out separately 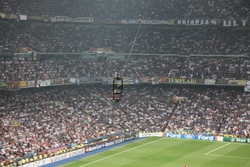 Unlike during the transition from SD to HD, the industry must learn different techniques and a whole new production language for 3D. Although the sports production community would like to find a way to cost-effectively produce a 3D live signal with a single truck that can also produce the 2D version, it probably won't be practical for several years. For the production of 3D, cameras really have to be in different positions than with 2D HD. That's a struggle for each production because of the availability of additional camera positions at most of the venues. However a 3D production can't have fans jumping up and down in front of a 3D rig. It will drive viewers crazy. There is a great deal of attention to detail during a 3D telecast that starts with the camera positions, then extends to the director, the camera operators, the convergence/stereoscopic operators and the rest of the crew. Trying to accomplish this, while thinking about a 2D production in parallel, is a lot to consider. 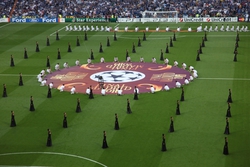 The switch from SD to HD didn't change the way live sports productions were carried out that much, but 3D really is different – it currently is the ultimate science project. The language of 2D television has evolved over the course of 50 years, based on the fact that the average viewer was watching on a 20” TV screen. He loved to see extreme close-ups combined with wide shots to establish what the venue felt like. Interestingly, a lot of those shots don't have a lot of depth information. So the production crew has to teach the viewers the new language of watching sports in 3D – because they are going to see things in ways they never could before.

While the finances to produce 3D are still uncertain, the real challenge is producing a compelling 3D experience while covering the game. The "wow" factor goes away when the viewer gets lost in the 3D frames and no longer understands what's going on during the game. 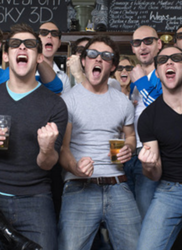 Besides all these considerations the 3D pioneer Sky Sports has broadcasted three major finals from three countries across two different sports – all in 3D on May 22nd. The eight solid hours of live 3D sport begun at Wembley with the stadium’s first live 3D broadcast as Blackpool sealed a Premier League place after an enthralling win over Cardiff City. The action continued in France with Biarritz vs. Toulouse in the Heineken Rugby Cup Final and it culminated at the Bernabeu Stadium in Madrid with the UEFA Champions League Final between Bayern Munich and Inter Milan. The 3D hat-trick was available to customers in pubs and clubs in the UK and Ireland.

Commenting on the triple bill, Barney Francis, managing director of Sky Sports said: "This Saturday's offering was another first from Sky Sports and our biggest 3D challenge yet: three major finals including the richest prize in sport, the finale to club rugby's biggest competition and European football's club showcase. Football and rugby union are just the first of many live sports set to be available in this ground breaking format, which we will roll out domestically later in the year. We've already tested camera positions around the ground and we think the results are impressive, particularly shots close to the ground. Given the progress we've made with 3D in the last few years, by 2018 who knows what football will look like. It's as exciting as when we began broadcasting live football.” 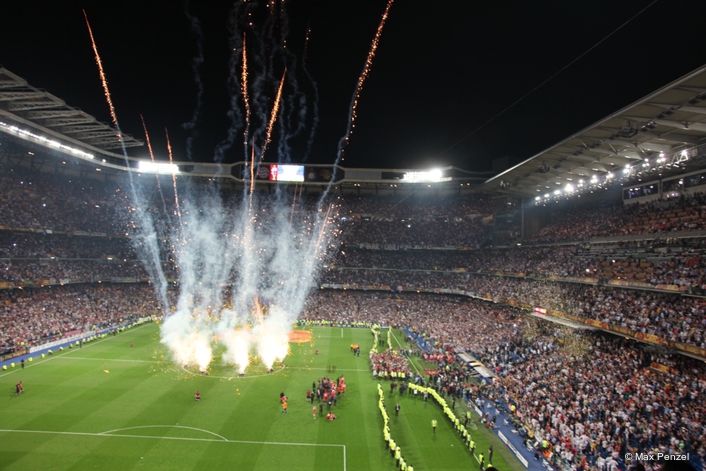 3D Camera Pairs in the Stadium 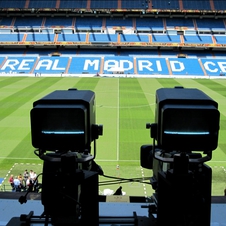 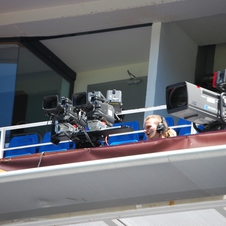 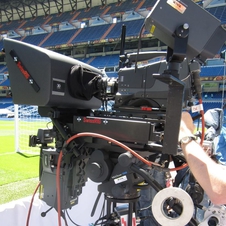 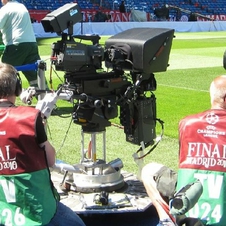 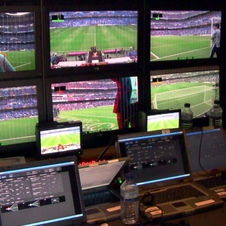