The top match Borussia Dortmund vs. Hertha BSC Berlin on the 7th matchday of the ongoing Bundesliga season marked a new era for Sky Deutschland: In close collaboration with Qvest Media, Sky brought two new Ultra HD channels on air and broadcasted the match in Ultra HD. For the project, Qvest Media undertook the design and planning of the fully redundant system architecture, and implemented the IT-relevant system integration of the broadcast for the 4K live production infrastructure and Ultra HD broadcast management.

In order to implement Sky’s new Ultra HD channels – and with a project duration of around 12 months – Qvest Media developed a fully-fledged 4K production environment with a live broadcast chain. In the first stage, the pay TV channel showed one match per Bundesliga matchday, as well as selected games of the UEFA Champions League in ultra-high-definition format on the channels Sky Sport Bundesliga UHD and Sky Sport UHD. In addition to football, other live sport events are intended to be shown in Ultra HD in the future. Christian Barth, Head of Strategy & Architecture / Broadcast Services at Sky Deutschland said: “With our new Ultra HD offer, we are once again forerunners in Germany and Europe when it comes to using high-end technology to improve the audience’s television experience. The 4K infrastructure that we have developed and implemented together with Qvest Media offers viewers sharper images than ever before.” 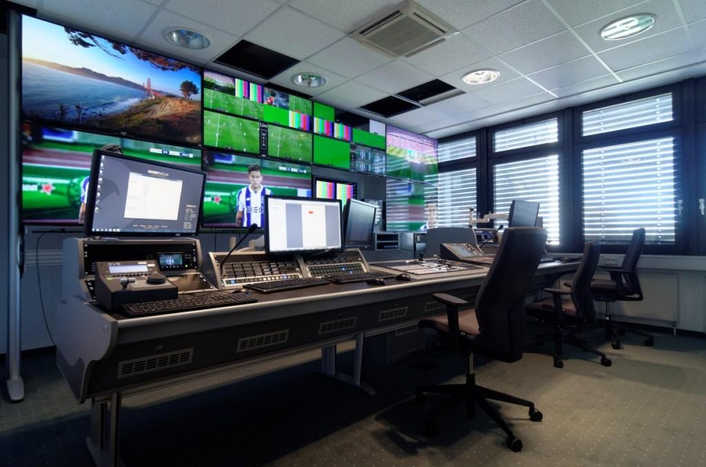 Around 15 kilometres of video cable, six kilometres of network cabling and seven fully equipped 43 HE racks are needed in order to connect and provide the technology for the 4K infrastructure. Available for file and live ingest are a transfer storage from Elements and Venice servers from Rohde & Schwarz, which are connected to the Sky headquarters. As a result, all content is recorded simultaneously and independently from one another and saved in two different places. In the event of a deviation or damage due to this completely redundant system configuration, the 4K productions can be implemented and sent without interference or interruptions. During the ingest, incoming files from external sources, such as an OB vehicle, are received and recorded by Sky in the production format. Sky relies on the XAVC-I single file with a class 300 codec and a bandwidth of 500 Mbps. For the playout format Sky uses the UHDp50 standard.

The ingested material is also recorded on a nearline storage SpycerBox and Rohde & Schwarz processing applications. These have a gross capacity of over 500 hours of 4K material and serve as a central access and processing source for the Avid-based HighRes editing suites, graphic suites by Adobe and Vizrt, quality check and UHD playout. Highlight editing and slo-mos in XAVC-I single-file format are implemented via the EVS XT4K server. An EVS XFILE 3 system, which is integrated in the workflow, allows the ongoing archiving and restoring processes to be controlled and monitored.

Achieving the greatest possible level of automation for work steps and processes was an important goal of the integration. For this purpose, Qvest Media integrated and put into operation a customized and adapted ADC automation by Imagine Communications. This controls almost all components of the infrastructure and production processes. These include the video and logo server, Vizrt Media Sequencer, two fully equipped Evertz EQX routers with connection to the Lawo VSM studio control, Keyer from For-A, and the audio and video mixer. 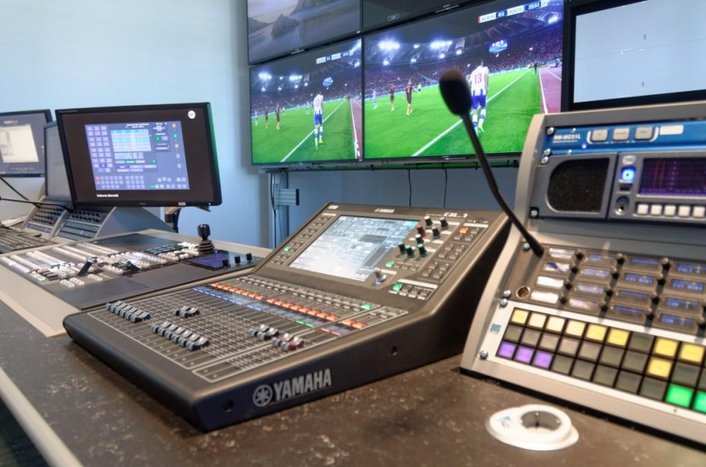 Andreas Cohrs, Senior Key Account Manager at Qvest Media said: “We are delighted that we were able to implement this 4K reference project together with Sky. The technical infrastructure has the newest and most modern features for an end-to-end 4K workflow. At the same time, the project shows that a fully 4K-based infrastructure was able to be implemented in an economically viable manner on a large scale and for live usage.”

The cooperation between Sky and Qvest Media will continue once the project has been completed. Therefore, the engineering teams of both companies will maintain close ties for technical-service support and work together on the further development of infrastructure.

About Qvest Media
Qvest Media is a world leading systems architect in the fields of broadcasting and media technology, spezialising in the television, media and telecommunications industries. The company has locations in Cologne, Berlin, Munich, Dubai and Singapore with a team of over 180 employees. With a powerful spectrum of services consisting of consulting & development, systems integration and service & support, Qvest Media offers 360° expertise in the design, development, implementation and operational support of media technology infrastructures. With its business unit professional products, Qvest Media has specialized in the selection and distribution of AV and broadcasting IT products. Its partner network in this field includes the most innovative and important hardware and software manufacturers. Qvest Media is also one of the biggest suppliers of dry-hire equipment and systems solutions for live broadcasting of events, sports and entertainment. Today, Qvest’s customer base includes eminent international broadcasters, telco providers and media networks such as ARD and ZDF, Sky, RTL, Al Arab, SRG, Al Jazeera, MediaCorp, beIN SPORTS, Dubai Media Incorporated, SES ASTRA, Deutsche Telekom, Etisalat, Turner Broadcasting, etc.