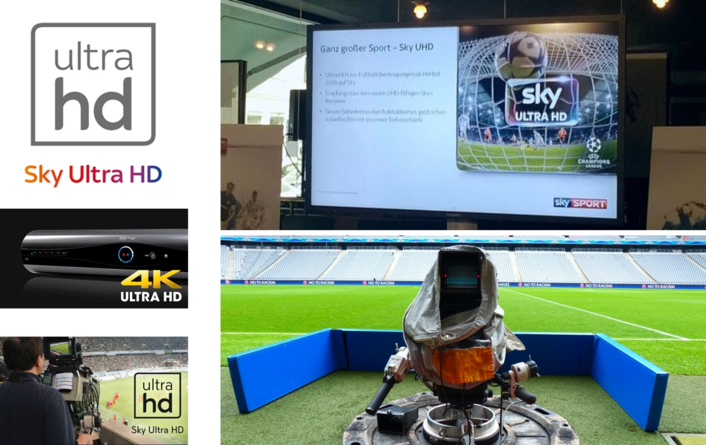 Kick-off will be with live football transmissions, Sky CEO Carsten Schmidt announced at a press event in Munich. The coverage will probably feature games of the Bundesliga and the UEFA Champions League.

Regarding the question whether Sky UHD will also show movies, series, documentaries, concerts and other content, Schmidt responded that Sky stands for variety which would also refer to UHD. “Intense negotiations” were currently underway with rights holders, he added.

For reception of Sky UHD, a new Ultra HD-capable Sky+ receiver will be required which will become available in autumn 2016. The channel will be distributed via satellite and cable.

The Supersport ticket will cover Sky’s complete live sports line-up including Bundesliga and Champions League for €9.99 for per day, €14.99 for a week and €29.99 for a month. It has previously only been possible to sign up for the sports ticket in addition to an Entertainment or Cinema ticket.

“All barriers are gone, Sky is now open for anyone,” stressed Schmidt, adding that Sky targets new viewer circles with the service.

Sky Ticket will launch at the beginning of the new Bundesliga season and – like its predecessor Sky Online – will be accessible through internet-enabled devices, for example smart TV sets, PCs, laptops, tablets, smartphones, games consoles and streaming devices such as Apple TV, Chromecast and the Sky TV Box.