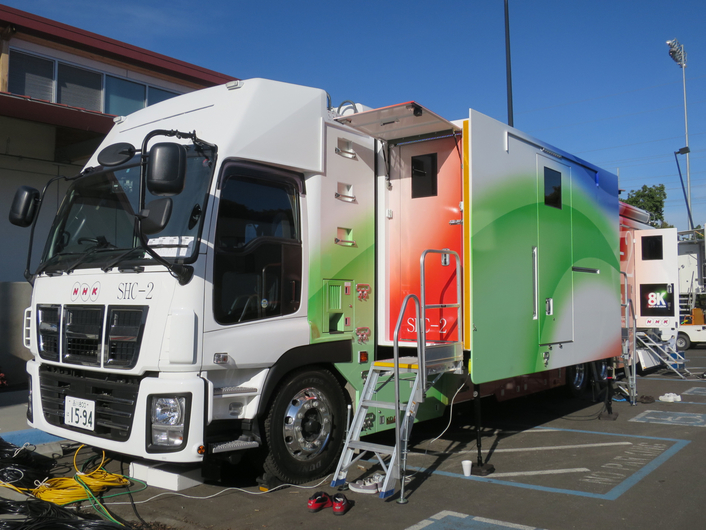 Both the World Cup and the Olympics have been broadcast in 8K, and now, finally, America’s largest sports event, the Super Bowl, will have its chance to shine in 8K. Super Bowl 50 will be the first ever to get the 8K treatment. NHK is on hand to shoot the game with a new 8K mobile unit and six 8K cameras, good news for tech geeks everywhere. The bad news? The only place to see the game live in 8K will be in the compound at Levi’s Stadium or at NHK headquarters in Tokyo.

The new mobile production unit is the largest 8K mobile unit to date and includes all new equipment, including a Sony 8K production switcher and a Lawo audio console. That truck will take the signal from six 8K camera (as well as from CBS cameras) to create a world’s first. Two Ikegami SHK-810 cameras, two Ikegami SHK-8000 cameras, and two FOR-A FT-1 cameras with on-board recording will be used, along with a mix of Canon and Fujinon lenses. 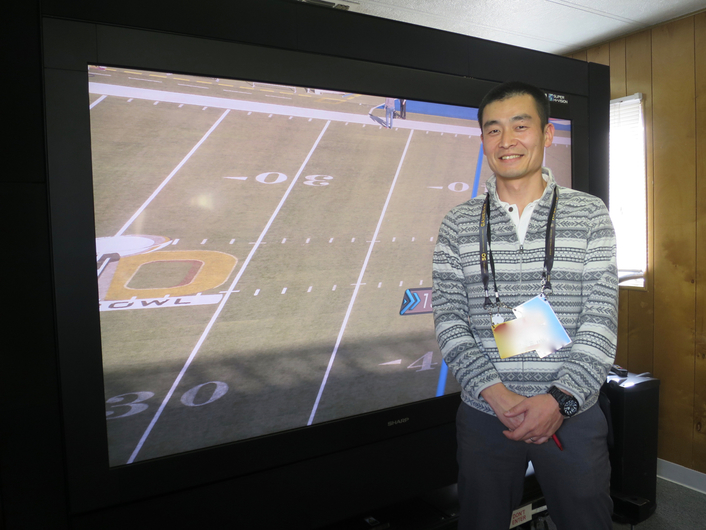 The Ikegami SHK-810 cameras are the newest 8K cameras on the market, making use of a single 33 million-pixel Super 35 CMOS sensor. The color filter on the sensor is matched with the dual-green SHV color arrangement and achieves a high level of modulation depth, according to Ikegami. In addition, the System Expander enables use of large viewfinders and full studio lenses, converting the portable camera into a full-capability studio/field camera.

According to Kohei Tabata, of NHK’s engineering department within the Outside Broadcast Engineering Division, three SSD recorders are on hand for replay recording. In addition, the FT-1 cameras have on-board recording, making it easy to bring slow-motion replays to the 8K broadcast that will be seen in Tokyo.

“It’s not for over-the-air broadcast yet but will be seen at a live public viewing on a huge 300-in. 8K screen at the NHK headquarters in Tokyo,” he says. “It is completely sold out, and there will be a second viewing on Monday night.” 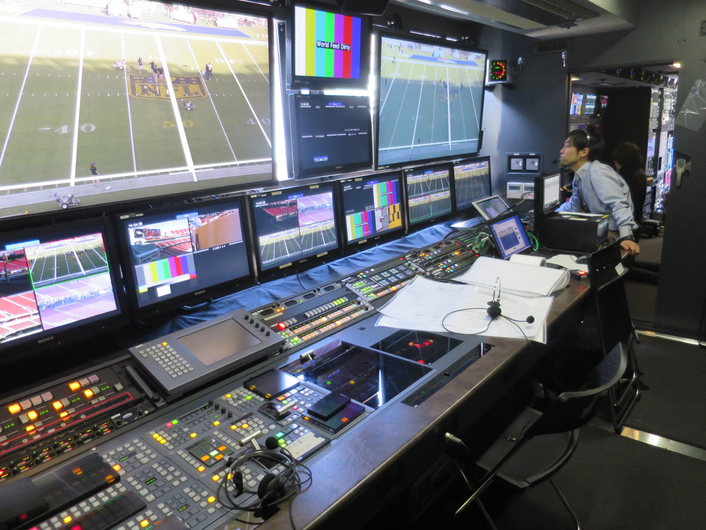 “It’s not for over-the-air broadcast yet but will be seen at a live public viewing on a huge 300-in. 8K screen at the NHK headquarters in Tokyo,” he says. “It is completely sold out, and there will be a second viewing on Monday night.”

He notes that the goal of the production, as with all 8K productions to date, is to continue to gain experience and improve the quality of the productions. One of the biggest challenges remains making it easy for camera operators to maintain focus: the viewfinder monitors are too small for them to tell whether the image is in focus.

The efforts are the first major 8K production this year for NHK, and plans for the 8K truck include deploying it in Rio for 8K coverage of the Summer Olympics in August.