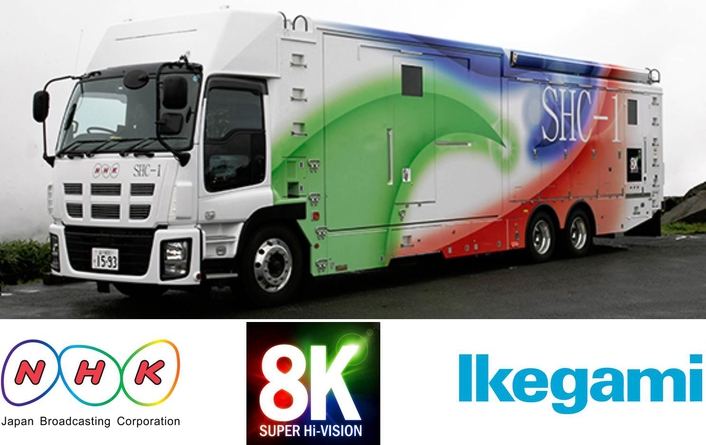 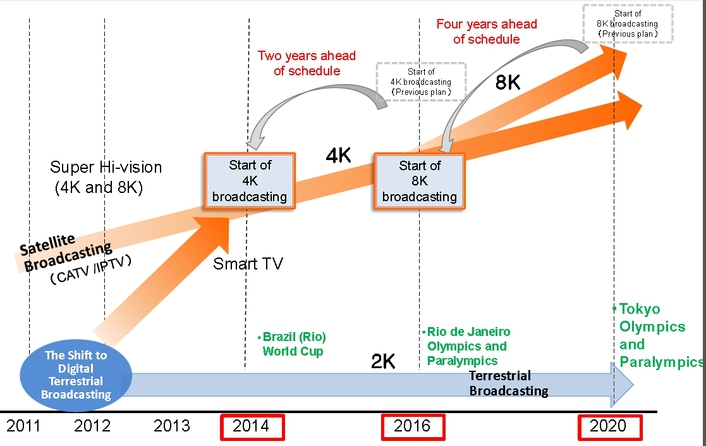 In Japan, the road map for 8K broadcasting announced by the Ministry of Internal Affairs & Communications specifies that trial broadcast transmissions will be conducted in 2016. Regular 8K broadcast services are planned to begin in 2018.
Many elements of 8K television production infrastructure are much larger in size, power consumption and number of cables than their HDTV equivalent. This is because 8K broadcasting production captures 16 times more image information than HDTV. Organizing an 8K OB vehicle is therefore much more challenging than designing and producing traditional OB vehicles. 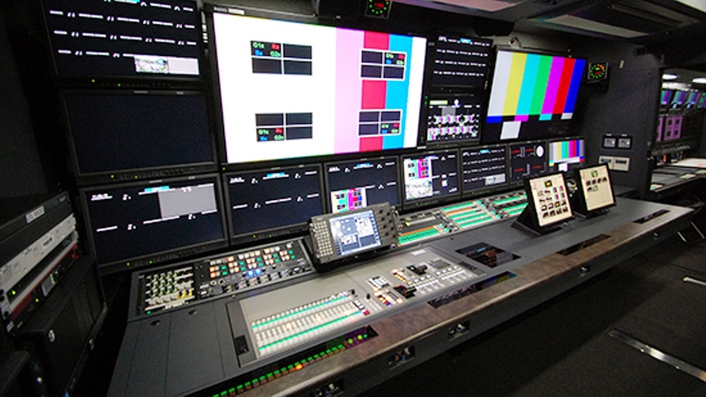 The 8K OB vehicle produced by Ikegami delivers extremely high quality and high reliability in a compact size. The vehicle's specifications allow operation not only in Japan but worldwide so it can be operated for global sporting events such as the Olympic Games. It can be expanded to accommodate additional equipment as and when required.

The 8K OB vehicle was delivered to NHK in September 2015. Its role will be to allow television audiences to experience the full reality of live events from wherever they choose to view. 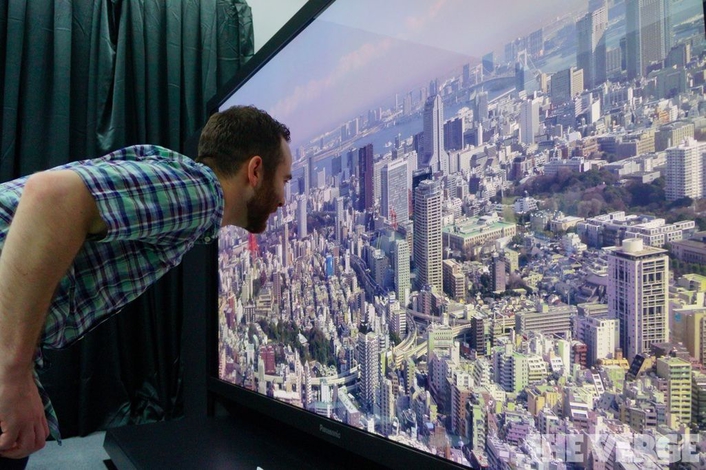 About Ikegami
Ikegami Tsushinki Co. Ltd. is a leading manufacturer of specialised cameras, image processing and transmission equipment. Founded in 1946 in Tokyo, Japan, the company today has around 800 employees working across three factories and nine sales and service organisations all over the world.  Ikegami has consistently created the most advanced products in all image processes, namely image, transmission, processing, recording and display.
Ikegami Electronics (Europe) GmbH  was founded in 1970. Based in the city of Neuss, Germany, it is the sales and service headquarters for Europe and Africa. There is a branch in the UK. In the other European, Middle East and African countries, Ikegami works in partnership with authorised distributors and dealers.