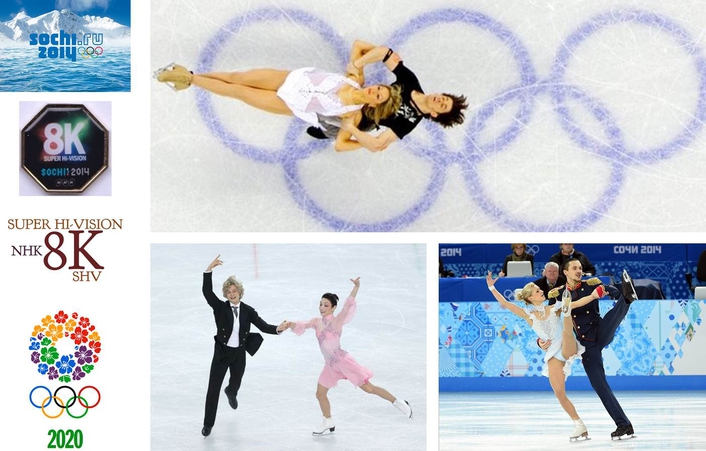 .
8K broadcasting is challenging. NHK is the most bullish about reaching that goal. The broadcaster was covering the opening ceremony and the figure skating competitions of the Winter Olympics in Sochi in “Super Hi-Vision” 8K and is planning to begin domestic 8K satellite tests to coincide with the 2016 Summer Games hosted in Rio. Finally it aims to launch an 8K broadcast service in Japan by 2020.

NHK has a small technical team at the Sochi Winter Olympics testing and recording events in 8K, Super Hi-Vision. The engineers have built a special theatre in the main Olympic complex at Sochi and equipped it with a Panasonic 145” display, plus 22.2-channel surround sound. Viewers can see the recordings made at the opening ceremony and at the figure skating competitions. 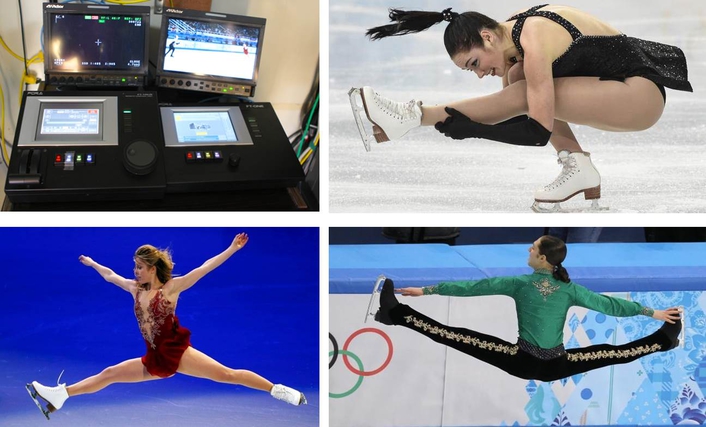 NHK’s technical facilities for this test included a pair of Ikegami 8K cameras with FUJINON 5x zoom lenses and Canon 10x lenses. NHK has also covered the events with a 4K  ultra-high frame rate camera shooting at 300 frames per second in order to provide SuperSloMo replays. A NEC production switcher is used for mixing the cameras, and a FOR-A instant-replay server is on hand to allow replays within a five seconds delay.

The 8K programming began with the recording of the Opening Ceremony at the Fisht Stadium before operations were shifted to cover figure skating in the Iceberg Palace. Figure skating is quite popular in Japan and in the preparations towards the 2020 Olympic Games in Tokyo in the following years, it will be ideal screening material for demonstrations.

Audio continued to be a major part of the experience as well. Nearly 50 lines of the microphone signals from OBS were provided by MADI. Those included the eight hanging from the celling, 17 boundary microphones placed around the rink, the camera mics and four pairs of stereo mics which captured the crowd noise. 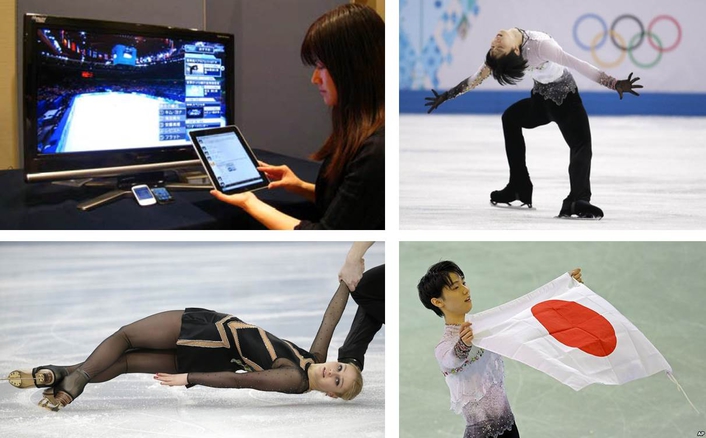 The 22.2 surround audio monitors in the listening environment were placed with nine monitor speakers on the upper layer which were about  nine feet off the ground, ten speakers for the middle layer, three for the bottom layer and two LFEs.

Mixing 22.2 channels is a challenge for any mixing engineers. In order to create the accurate 22.2 sound image the panning system is integral part of the mixing console which was invented by NHK Science & Technology Research Laboratories.