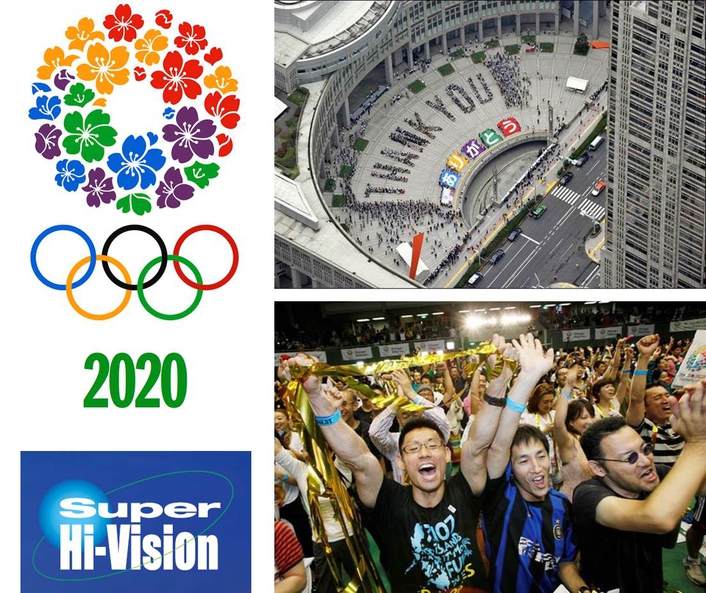 .
Japan’s NHK has successfully broadcast long-distance DTT signals for its Super Hi-Vision 8K format, sending huge amounts of data over UHF airwaves, but despite this test, it’s unclear if many Japanese will be watching 8K TV by the time Tokyo hosts the Olympics Games in 2020.

The public broadcaster’s Science & Technology Research Laboratories conducted the test from its bureau in Hitoyoshi, southern Japan, and managed to send the 8K Ultra Hihg HD TV signal to a receiving station 27 kilometres away using a single UHF channel.

“The success of this experiment is a big step forward toward the realisation of 8K Super Hi-Vision terrestrial broadcasting,” NHK Labs researcher Tomohiro Saito said. “We’re now working on overcoming one challenge at a time to implement it.”

“NHK’s successful 8K trial has demonstrated technical feasibility,” said Damian Thong, a technology analyst at Macquarie Securities in Tokyo. “This was never really in doubt given the technological capability of the NHK and its partners.”

”The real question is whether there will be a commercial argument for 8K adoption just based on resolution,” Thong added. “Simply, for most typical television viewing distances, normal humans may not be able to discern the difference between 8K and 4K. The more compelling argument for migration may be in other aspects of picture quality that will also improve with the migrations to 4K and beyond, including frame rate, color, and dynamic range. The move to 4K and 8K will be costly for broadcasters and other content providers. As it stands, the 4K migration will run into early next decade as there will be some initial conservatism all round. After that there will be a period, probably lengthy, when the focus will be on making investments pay off.”

NHK says it plan to start using the camera in SHV production by 2014 after further checks on performance and necessary improvements.

“We have come up with a small SHV camera-head the same size as existing HD cameras,” explained Dr Keiichi Kubota, Director-General of science and technology research labs at NHK. “It weighs only 4 kilos, or less than 20 per cent of the existing SHV cameras. Since the camera adopts the single-chip colour image sensor, the camera can be fitted with a range of the commercially available 35mm full-frame lens for single-lens reflex cameras.”

The SHV signals from the camera are uncompressed and output at a data rate of about 24Gpps for recording variously onto a HDD, SSD or P2 recorder. Recording capacity is 20 to 50 minutes in HDD and SSD (uncompressed), or about 2 hours on P2 (compressed).