The FIFA Referees Committee has selected 13 Referees, who will act solely as Video Assistant Referees (VARs) during the 2018 FIFA World Cup Russia™. The selection criteria for the VARs was primarily based on their experience as Video Match Officials in their respective National Associations and Confederation competitions, in addition to their successful participation in several preparatory seminars and FIFA competitions, where they enhanced their VAR knowledge and skills by using the system.

During the 2018 FIFA World Cup Russia, the 13 selected Video Match Officials will be appointed in each match as VAR, AVAR1, AVAR2, AVAR3

In addition to the 13 Video Assistant Referees, some of the Referees and Assistant Referees who were selected for the 2018 FIFA World Cup Russia will also act as Video Match Officials during FIFA’s main competition. These appointments will be made before the matches. 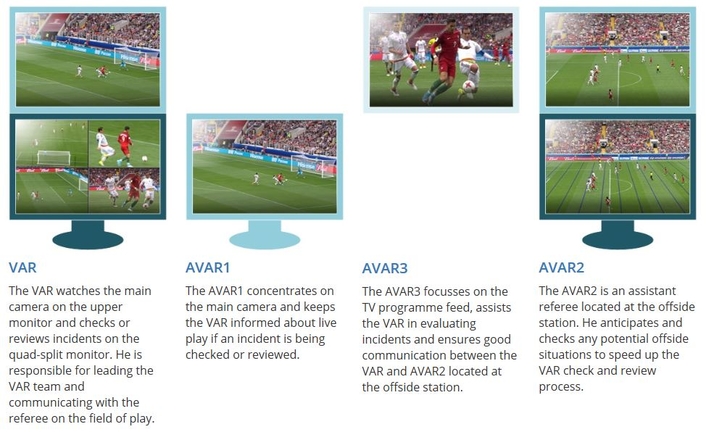 Four replay operators select and provide the best camera angles. Two of them pre-select the most likely camera angles while the other two provide the final angles chosen by the VAR and the AVAR2 for each checked or reviewed incident. 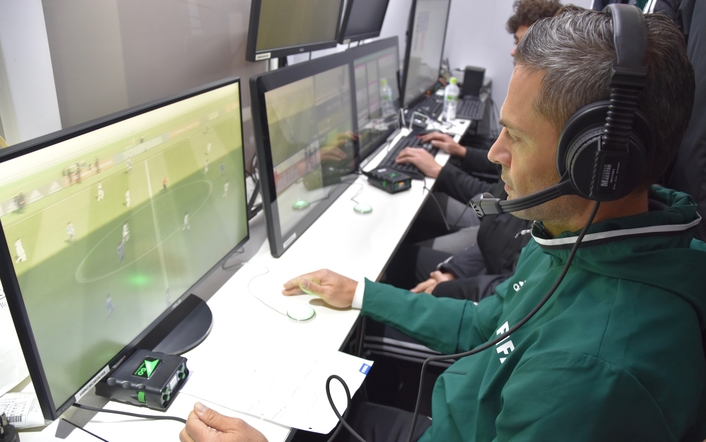 WHAT DOES A VAR ACTUALLY DO?

A video assistant referee (VAR) has a very complex task when using video technology in a match at the at the 2018 FIFA World Cup Russia™. In this video, Felix Zwayer explains what a VAR actually does.

Roberto Rosetti, VAR Refereeing Project Leader explains how the review process functions when the VAR Team are checking or reviewing each of the four match-changing situations.

The video assistant referee team supports the referee from a centralised video operation room (VOR), located in the International Broadcast Centre (IBC) in Moscow. All relevant camera feeds from the 12 stadiums are provided to the VOR through a fibre optic network. The referee on the field at each stadium talks to the VAR team via a sophisticated fibre-linked radio system. 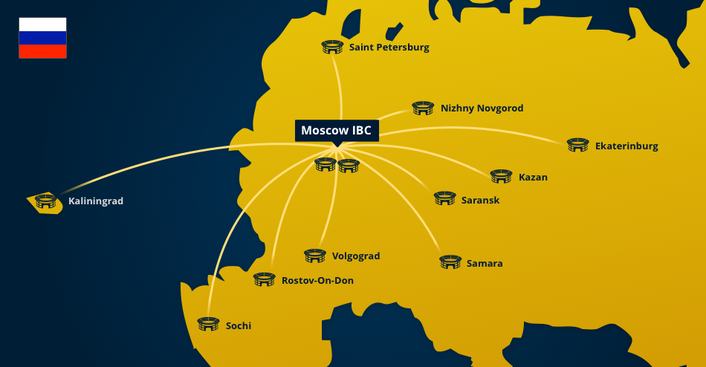 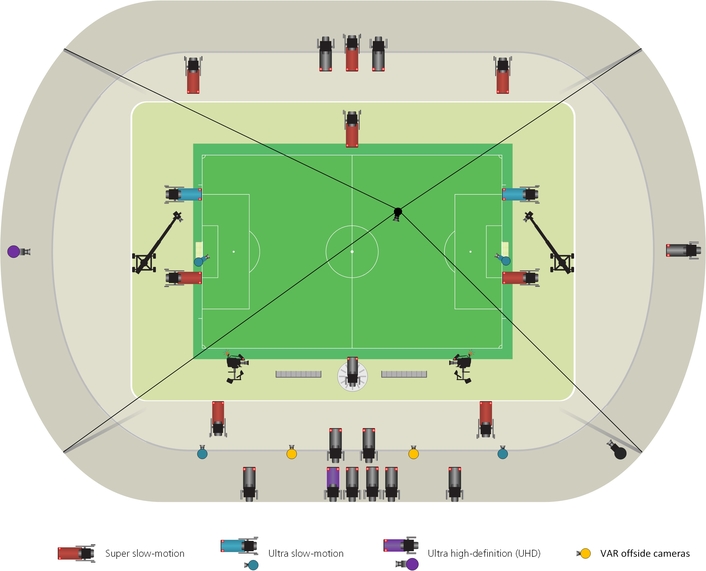 The video assistant referee team supports the decision-making process of the referee in four game-changing situations:

For the 2018 FIFA World Cup™, the referees have received clear instructions on when to accept information from the video assistant referee and when to review the video footage on the side of the field of play before taking the appropriate action/decision. 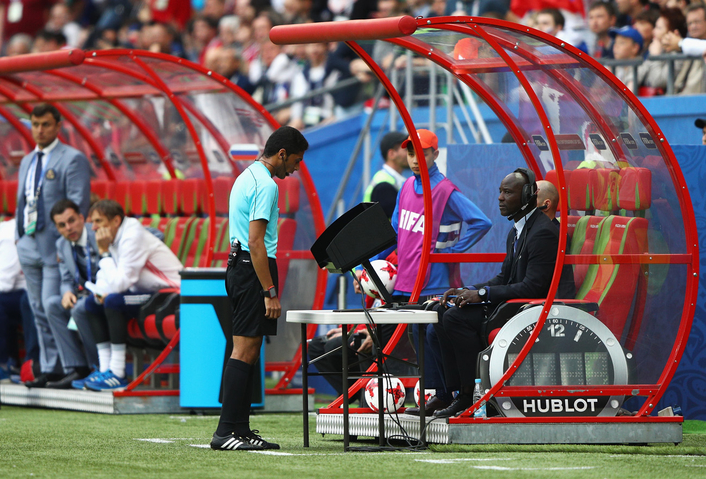 VAR Advice Only (for factual incidents)

All cases of mistaken identity 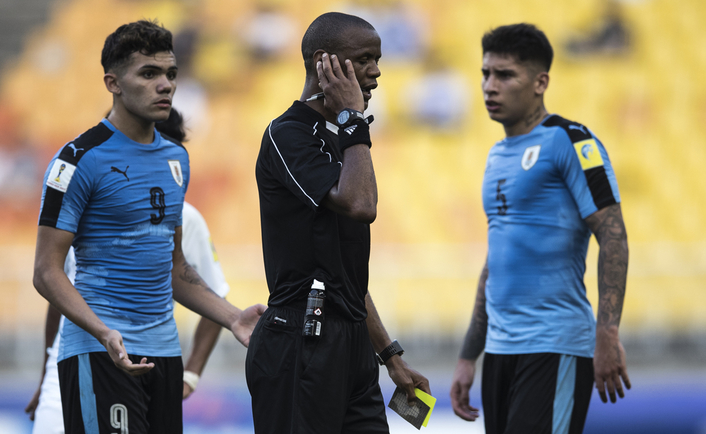 Hand to the Ear

The referee can delay a restart at any time to communicate with the VAR. He will signal this by pointing to his ear.

This is not considered an official VAR review. 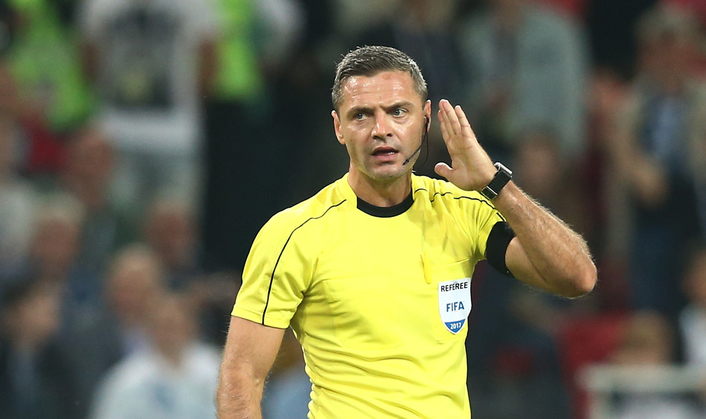 The referee will make the official VAR review signal to indicate that play has been stopped to review a decision with the on-field review monitor or to change a decision based on information received from the VAR.

An official VAR review only takes place if the referee makes the signal.

To ensure that all football fans in the stadium and watching on TV are well informed during a review process, FIFA has developed a VAR information system for broadcasters, commentators and infotainment. For each match, a FIFA staff member informs the broadcasters, commentators and infotainment about the different steps of the review process, including information about the reason for the review and the outcome of the review, via a networked touch tablet.

The person operating the tablet is located in the video operation room and has access to the audio from the referee communication system as well as the camera angles the VAR is looking at. The VAR information system will also be used to automatically create VAR-specific graphic templates for TV and the giant screen in the stadium. 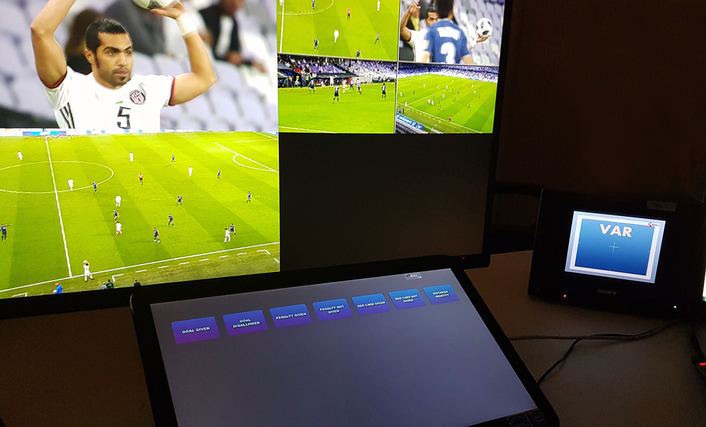