100 Days to the FIFA Worldcup in Russia 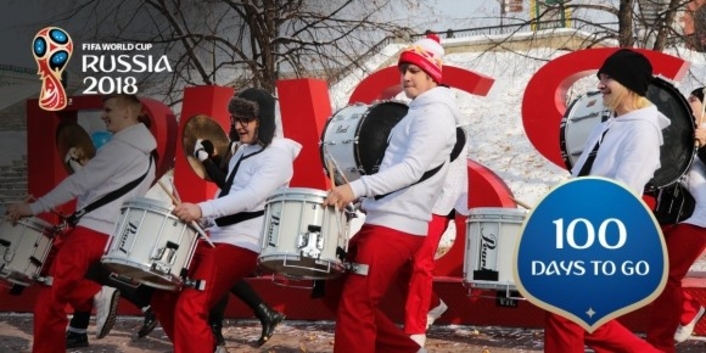 Football fans in Russia and around the world today shared their enthusiasm as FIFA, the Local Organising Committee (LOC) and hosts Russia celebrated 100 days to go to the 2018 FIFA World Cup™. The milestone was marked by festivities across the 11 Host Cities and included a range of football matches, a 2018-metre race in Volgograd, thousands of volunteers ice skating in Moscow and a dancing masterclass entitled “We are the fans!” in Nizhny Novgorod.

World Cup followers all over the globe also woke up to a surprise on social media. For this big day, FIFA Legends got out their new adidas Telstar 18s to mark the calendar with some cool keepy-uppy skills. England’s Wayne Rooney, Brazil’s Ronaldo, Mexico’s Jorge Campos, Nigeria’s Jay-Jay Okocha, Australia’s Harry Kewell and Japan’s Hidetoshi Nakata were among the famous stars from the qualified countries who juggled the ball. FIFA President Gianni Infantino and Russian President Vladimir Putin also got in on the act by kicking a few passes back and forth, completing the 100-touch countdown. 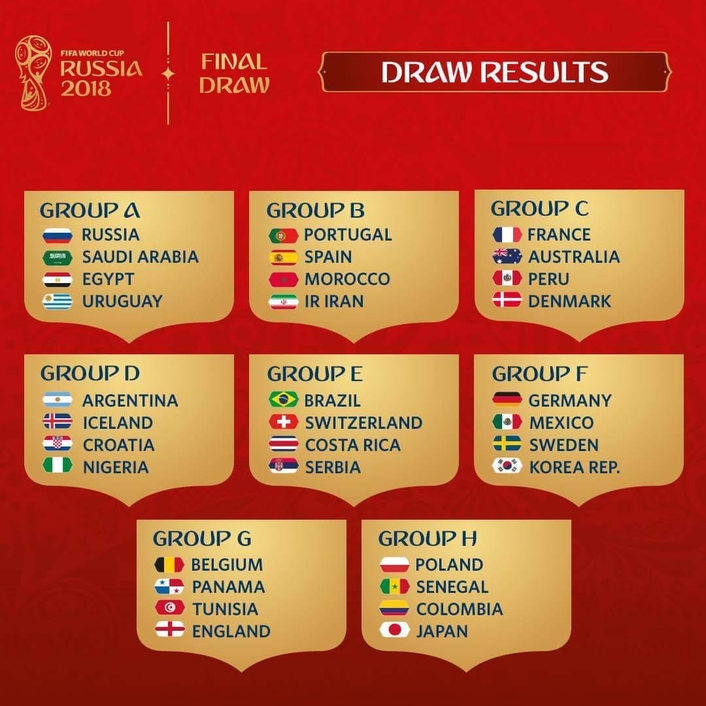 “Today, we reached the last milestone ahead of the 2018 FIFA World Cup. The events held across the 11 Host Cities and the video featuring FIFA Legends from all 32 qualified countries testify to the huge excitement felt by both the organisers and world football in general,” said Infantino. “In 100 days’ time, we will see the result of seven years of intense preparations by FIFA, the LOC, the Russian authorities and the Football Union of Russia. We have every reason to believe that this will be an outstanding tournament, with fans and teams sharing a warm, friendly and joyful atmosphere in Russia”. 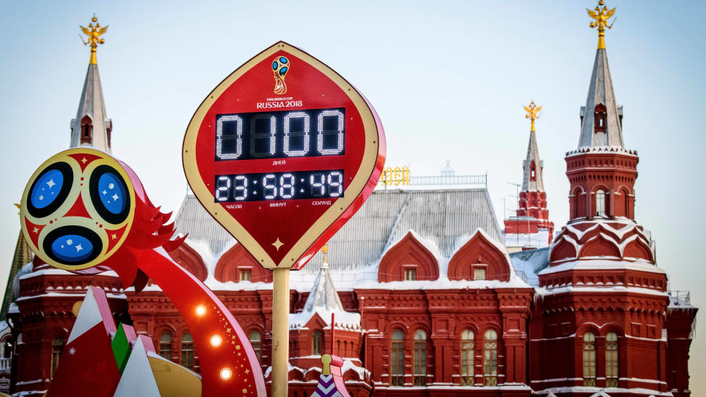 "Time has flown by, and it seems like only yesterday that the World Cup in Russia was just a dream for millions of football fans in our country," commented the CEO of the 2018 FIFA World Cup™ Local Organising Committee, Alexey Sorokin. "However, with just 100 days until the start of the tournament, this dream is now very much a reality. We have worked hard to ensure all our guests and participants at the tournament feel comfortable and take away some unforgettable memories from visiting Russia this summer. We all cannot wait for the best players on the planet to step out at the World Cup stadiums and delight the fans; it's at moments like this that we love football so much".