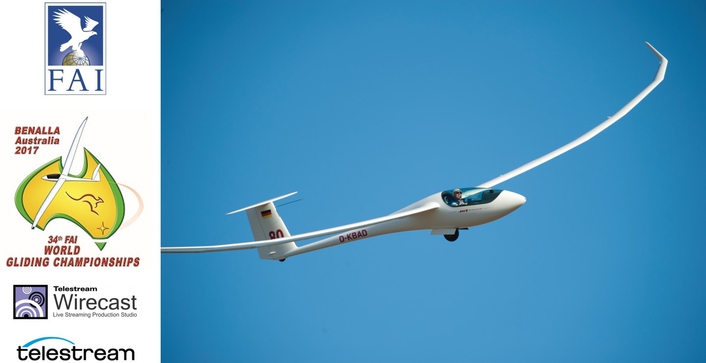 Telestream®, the leading provider of digital video tools and workflow solutions today announced that its Wirecast live streaming production software recently allowed aviation sport fans worldwide to connect with the 34th FAI World Gliding Championships. With 29 nations competing in this year’s Championship in Benalla, Australia during January, the addition of sophisticated live streaming capabilities helped cement the event’s place as one of the largest sport aviation events in the world.

Whether you’re a hard-core gliding fan or wide-eyed newbie, the World Gliding Championships has something for everyone. Mankind has always wanted to fly, and now with modern sailplanes it is possible for man to fly higher, faster and further than the greatest of birds.

In previous years, streaming of the event had been basic with primitive static camera streaming only having been possible. Consequently, gliding spectators had had a very difficult time engaging with the sport.

But now, the evolution of a new generation of miniature super high resolution cameras means that truly captivating video footage from inside the gliders and many other unique vantage points can be captured and broadcast globally using streaming technology. At this year’s World Championships, Telestream’s Wirecast live streaming enabled fans and viewers to watch the champions soar, receiving a very positive response both in Australia and internationally. The streaming coverage climaxed in the final three days of the event when over 12 hours of live action – much of it captured by the pilots - was streamed over YouTube and the website.

With the use of Telestream Wirecast, more content than ever was streamed to the World Gliding Championship’s YouTube channel. Content was edited and uploaded quickly and efficiently to both the YouTube channel and its website, ensuring that viewers did not miss out on the best of the action. Sean Young, Media Relations, Web Master and Content Director for the World Gliding Championships explained, ‘’Our aim was to make a live TV channel for followers of our website and social media. The ability to stream content from the championships transformed our media footprint and gave our international viewers a chance to be involved.’’

’Wirecast was a core part of the production mix, speeding up ingest, handling graphical overlays and managing the streaming and posting content. Wirecast greatly increased the speed of production and delivery, making the volume of video that we produced possible. It was very easy to use, and I am sure that someone coming from either no experience or a live broadcast environment would have no problems,’’ he continued. 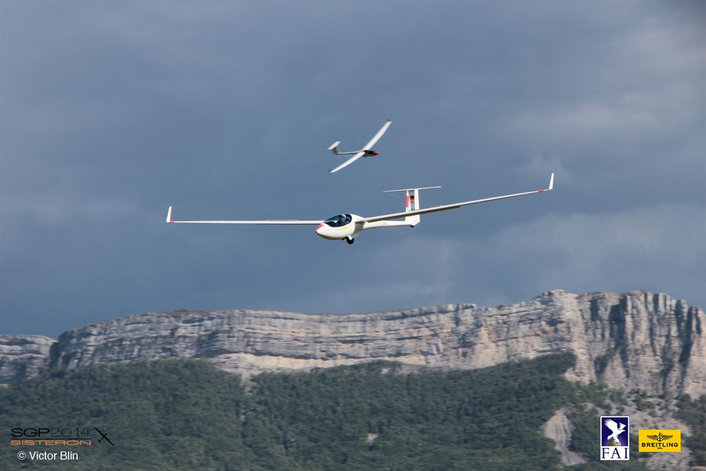 This year the Championships reached new heights, both in the number of competitors and in viewership figures. Thanks to elegant new video streaming capabilities, over 20 times more traffic was registered through the website compared to previous years. By the end of the event nearly 200,000 video views, over two million web page views and two million social media views had been recorded.

About Wirecast
Wirecast is the industry's only cross-platform, all-in-one live streaming production software that enables capture, live production and encoding of live streams for broadcast to multiple servers and platforms simultaneously. With new powerful production capabilities, streamlined workflows, and expanded content source options, Wirecast offers the capabilities of more expensive hardware solutions with the flexibility and affordability of a software application.