Wirecast, robotic cameras, a custom cell data network are part of the necessities when broadcasting from the polar bear capital
Telestream®, a leading provider of digital media tools and workflow solutions, today announced that Wirecast, its popular live streaming software, was instrumental to another successful season of Polar Bear International’s (PBI) Tundra Connections show. For the past six years, BJ Kirschhoffer, director of field operations for PBI, has produced the live program for thousands of classrooms all over the world studying conservation and climate change. Targeted at schools, universities and community organizations, the main objective is to give people experience with polar bears in their natural habitat while learning from climate and animal experts.

Every year, in the late fall, polar bears congregate on the shore of Hudson Bay in Manitoba, Canada and wait for it to freeze so they can venture off on the ice to hunt for their primary food source, ringed seals. While they are waiting, Kirschhoffer and the PBI crew have an excellent opportunity to get up close and personal with the bears and create a series of live educational shows, featuring different experts such as scientists, polar bear biologists, climatologists, educators and of course, polar bears.

The challenge of streaming a live show to thousands of classrooms from this remote location next to the bears themselves is a big one, but thanks to state of the art equipment, the 2014 season was again a great success. The operation centers on the remote town of Churchill, Manitoba, 1000 miles north of Minneapolis on the shores of Hudson Bay. A community of around 900 people, Churchill is only accessible by plane or rail, and only a few years ago finally received cellular phone service. The team makes use of a custom designed “Tundra Buggy®” supplied by Frontiers North Adventures, the polar bear tourist vehicle of choice, which resembles a bus sized monster truck. For 4 weeks at the end of October, PBI turns the Tundra Buggy into a high-tech mobile broadcast studio and classroom.

The Tundra Buggy ventures out each day along the shore of Hudson Bay in both the Churchill Wildlife Management Area and Wapusk National Park. Since infrastructure for live streaming is practically non-existent, Kirschhoffer and team had to create their own bandwidth to serve their needs. PBI and its partners, Frontiers North Adventures and Explore.org, have deployed a full microwave backhaul network delivering 20Mbits of bandwidth through 15 nodes to cover the 51-mile area. Some of the nodes are in the Wapusk National Park, about a 4-hour drive from town by tundra buggy. “There’s no power, so we use methanol fuel cells and solar power to keep the wireless nodes active and blasting bandwidth out to the tundra,” says Kirschhoffer. “In a way, our operation itself is a model for green energy. We’re talking about polar bears and climate change with the greatest threat being greenhouse gas emissions, and we’re using cutting edge technology, some of the same technology that could potentially help polar bears if we all adopt this stuff.” 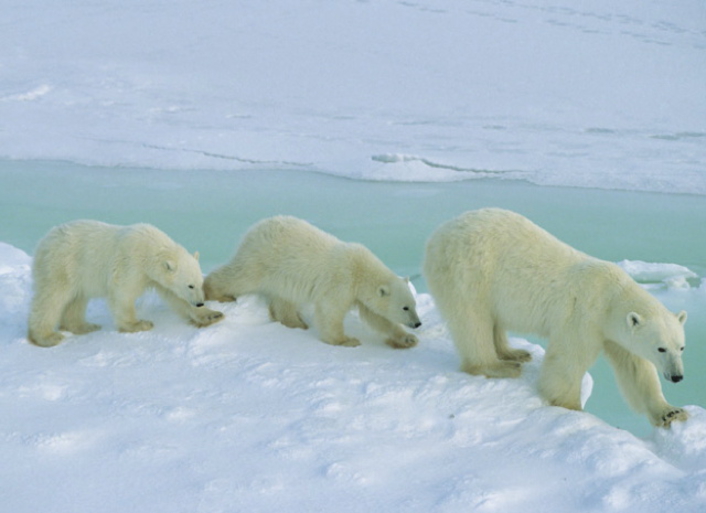 Beyond the challenges of connectivity, power is another concern for the mobile broadcast studio. The operation needs to stay as quiet as possible, not only for the bears, but for the studio broadcast as well.  To keep the gear going all day long, there is a 1000 amp-hour battery bank stashed under the floor similar to what one might see in a small camp or off-grid home. A very large, high quality invertor then takes the 12volt power and turns it into a clean 120v. The lighting is all LED panels, to keep energy usage as low as possible.

At the center of the production is Telestream’s Wirecast live streaming production software running on a Mac workstation. Wirecast captures camera feeds and audio, displays graphics and titles, and creates the finished program stream feed that populates the Tundra Connections web page as well as Explore.org and other sponsors. There are various video capture devices that grab streams from both internal cameras as well as external cameras on the buggy. All cameras have PTZ (pan, tilt, zoom) with joystick control.  For 2014, Kirschhoffer experimented with newer Sony PTZ HD cameras and capturing video as IP streams via RTSP directly into Wirecast.  Wirecast then re-encodes at 720p HD for the resultant output stream. With shared bandwidth and power restrictions, they try to stay around 2-2.5 Mbits for their output streaming bandwidth. During the broadcast, Kirschhoffer can at any time drop from the internal conversation hosted by a panel of experts and switch to the outside cameras using the PIP (picture in picture) feature within Wirecast or switch to full frame and have the specialists talk about what’s happening outside right now with the polar bears, what they are doing, and why. Easily inserting graphics, pictures and footage supplied by the panel on the fly is important to convey information about where they are, how the ice is changing, and resultant polar bear behavior.

The evolution over the last 6 years from what started as purely point-to-point video conferencing to these sophisticated webcasts made with Telestream Wirecast has grown the viewership exponentially. “We had a day this year where we had almost 17,000 computers connected. If we figure most of those were classrooms, we could estimate ¼ to ½ million students watching our program. It’s really been exciting to take this from basic videoconferencing to where we are now,” says Kirschhoffer. As the polar ice patterns continue to change and impact these amazing animals, building awareness of the cause and effects of climate change has never been more important for Kirschhoffer and the PBI team. 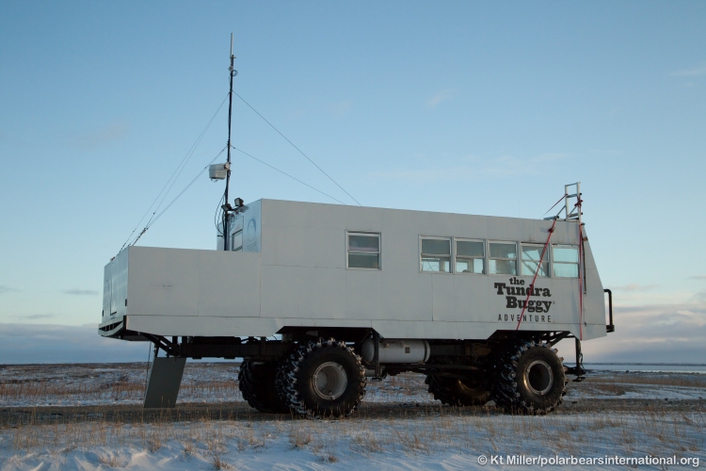