Carlos Sainz held his nerve on the final stage of the 2020 Dakar Rally for his third title after 7,500km of the world's most fearsome offroad race, while Ignacio Casale and Andrey Karginov also won at the maiden Saudi Arabia staging.

- Sainz had car rivals Nasser Al-Attiyah and Stéphane Peterhansel waiting to pounce on any error during the 374km special stage to the Qiddiya finish from Haradh.

- Qatar's Al-Attiyah won the last stage, however it was not enough to overhaul the 10-minute lead the Spaniard had built up over the previous 11 stages. 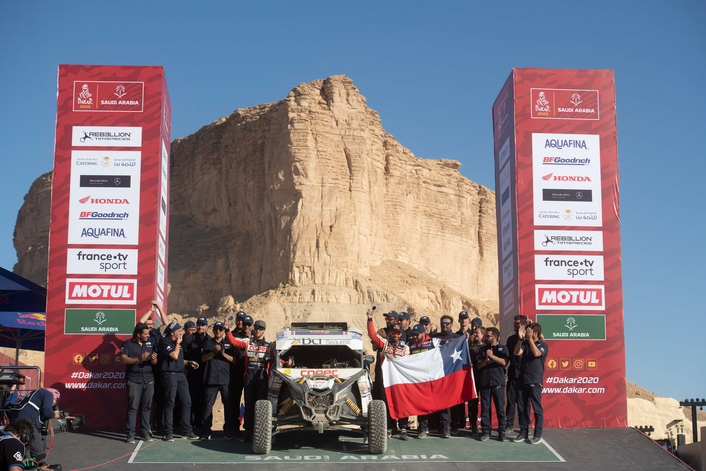 - Sainz and navigator Lucas Cruz finished sixth on the day to put them 6m 21s ahead of Toyota driver Al-Attiyah and seal a third Dakar title after Sainz's 2010 and 2018 wins.

- El Matador revealed: "It makes the victory even nicer when the battle is so tough. On top of that I win in a third different car - I'm very proud of that."

- Frenchman Peterhansel could not add to his record 13 Dakar titles, but he did claim a podium behind team-mate Sainz thanks to four stage wins in his MINI Buggy. 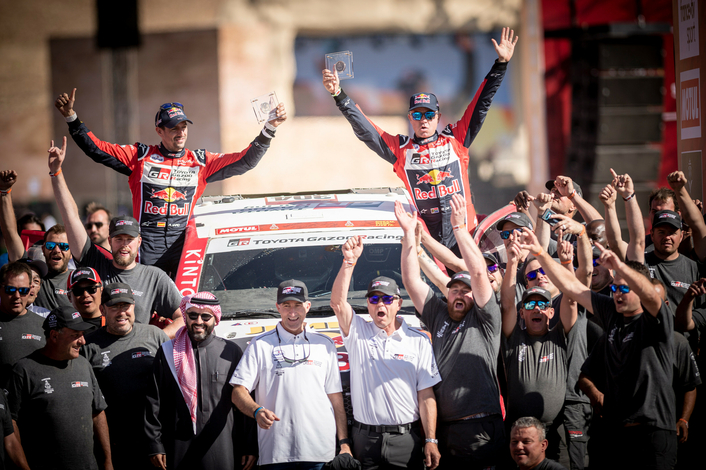 - Casale, 32, said: "I'm elated because it was a long, gruelling race. I had some problems during the second week, but we solved them as well as we could. We worked hard all year long with the mechanics and now I can celebrate this win. Thanks a lot and Viva Chile!" 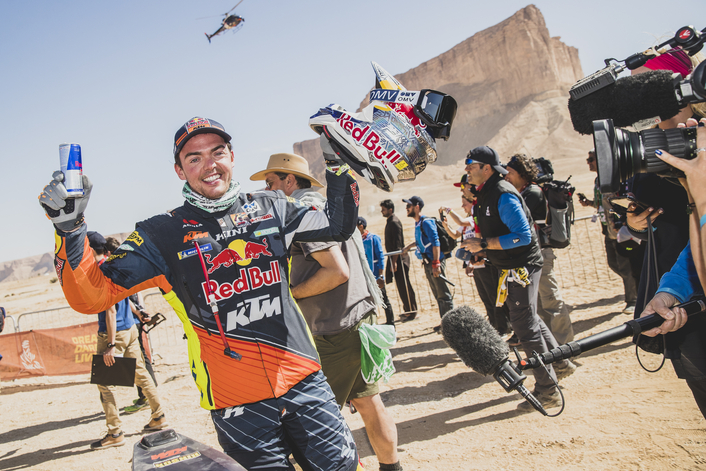 - Russian Andrey Karginov added a second truck triumph to his 2014 title after he won an incredible seven stages to forge a huge 42m 26s victory over compatriot Anton Shibalov.

- Karginov, 43, admitted: "I am happy that we managed to win. In two weeks we covered thousands of difficult kilometres of tough offroad routes." 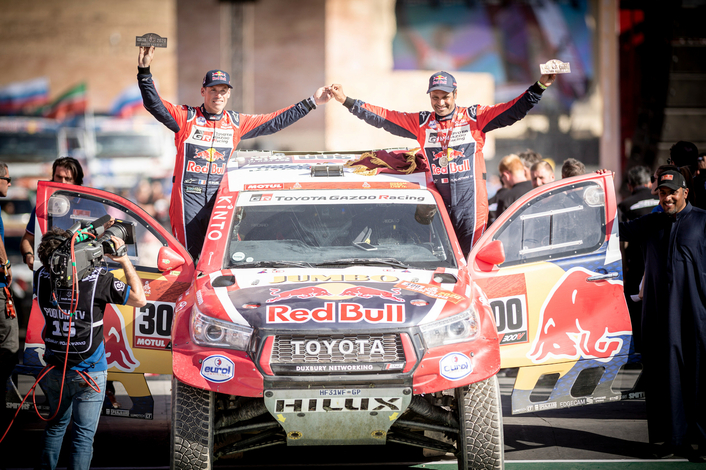 - Price, 32, said: "It's not the result we came for but, with the two weeks we've had, I'm quite happy to keep my podium streak going. I'll be back and looking to get the #1 plate again." 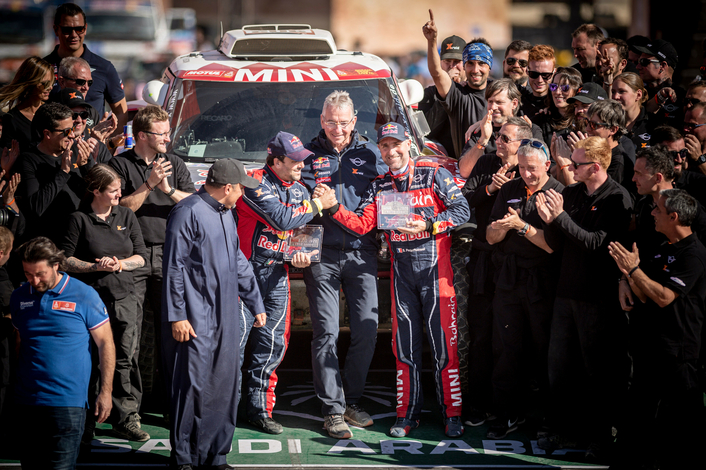 - Spaniard Laia Sanz rode well again to finish in 18th as the highest female rider with Austrian sporting legend Martin Freinademetz holding on back in 68th.

- Sanz, 34, enthused: "I've started 10 Dakars and I've finished all 10. This is something that is really difficult and it's an achievement I'm very proud of."

- The bike race will be remembered for the fatal stage seven crash suffered by Portuguese rider Paulo Gonçalves, who was a much loved and respected rider within the bivouac. 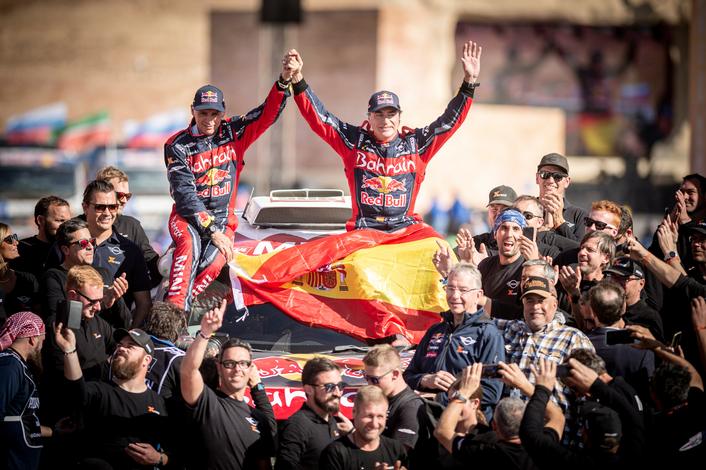 - Chile's Chaleco Lopez could not defend his SxS title, but he finished strongly to secure third behind maiden American winner Casey Currie with Russian Sergei Kariakin in second.

- Lopez, 44, claimed: "We had a huge problem the day before yesterday, so a podium place isn't that bad after all. The first edition in Saudi Arabia was interesting." 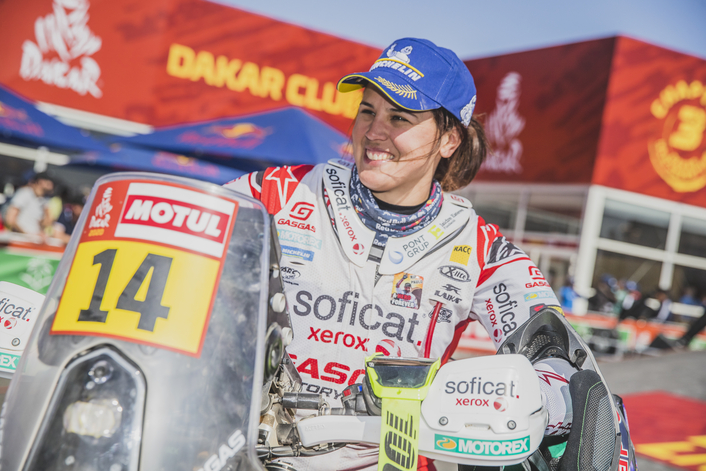 - Hildebrand declared: "There's still a lot work to go into this program to get it to where we want it to be, but there were lots of positive steps at this Dakar." 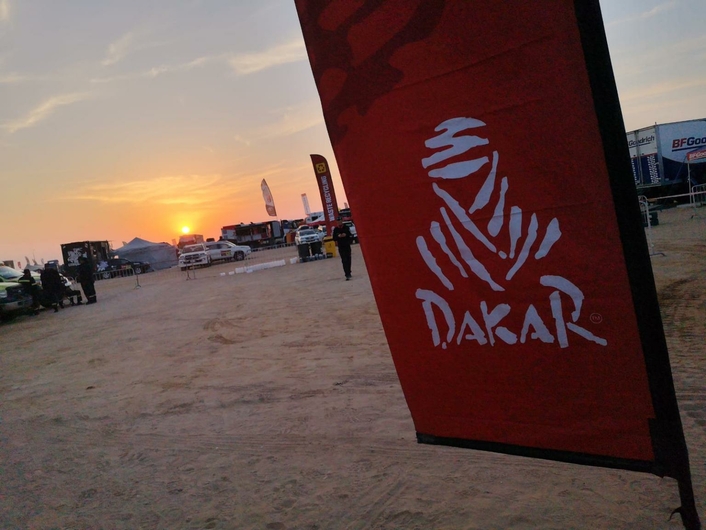