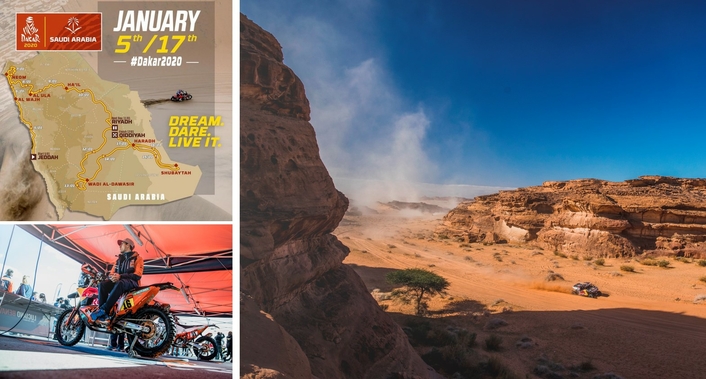 The 2020 Dakar Rally convoy have enjoyed a deserved rest day on Saturday as they patch up their bodies and vehicles ahead of the second half of the race on Sunday. The maiden staging of the world's most fearsome off-road race in Saudi Arabia has conjured up some fascinating stories so far with the competitors battling it out for stage wins and survival through the desert.

Here are the five key moments so far:

1) Sunday's first stage saw 342 vehicles enjoy a pre-sunrise start in pursuit of glory racing 752km from Jeddah to Al Wajh, however it was not all plain sailing for defending bike champion Toby Price. The Australian rode blind after his roadbook tore completely at the 15km mark with the Red Bull KTM Factory Team rider still managing to secure the stage victory, despite a two-minute penalty that was handed out. He revealed: "I was quite lucky in one way because I managed to follow on some dust and just keep up with the guys." 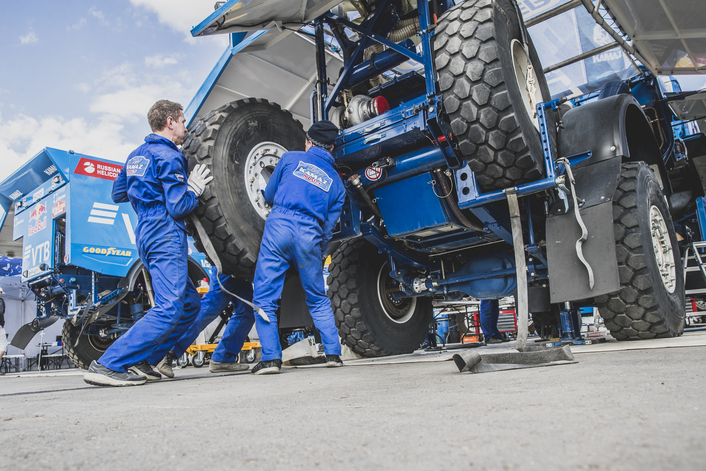 2) After a second stage free of big drama on Monday, Tuesday saw reigning side-by-side champion Chaleco Lopez suffer with two flat tyres. The Chilean was forced to drive conservatively as a result to give American rival Casey Currie the upper hand overall. Meanwhile in the truck category, Russian Dmitry Sotnikov's mighty Kamaz also came off second best in a collision with a rock that broke its front axle and saw him drop two hours behind.

3) Wednesday's stage four was a big boost for one rookie as American Mitch Guthrie Jr. started to repay the faith shown in him by the Red Bull Off-Road Team selectors as he was guided to the quickest time of the day by Norwegian co-driver Ola Floene. It moved Guthrie up to sixth overall and half an hour off the time set by Spaniard Jose Antonio Hinojo Lopez. After a promising first week, Guthrie said: "I've heard it'll be 70 percent dunes in the second week so that sounds good. I'm happy with where we're at coming into the rest day."

4) Stage five on Thursday was a day to forget for one former champion as British biker Sam Sunderland crashed out of the race 187km into the timed special. The Red Bull KTM Factory Team rider, who was victorious in 2017's edition, suffered back and shoulder injuries. He later revealed on his Instagram account: "While fighting for the stage win and feeling like everything was under control, I caught a camel grass mound awkwardly putting the bike sideways into the next one and a few (cartwheels) later I have 5 broken vertebrae and a shoulder blade but luckily no surgery is required and should be right again soon!" 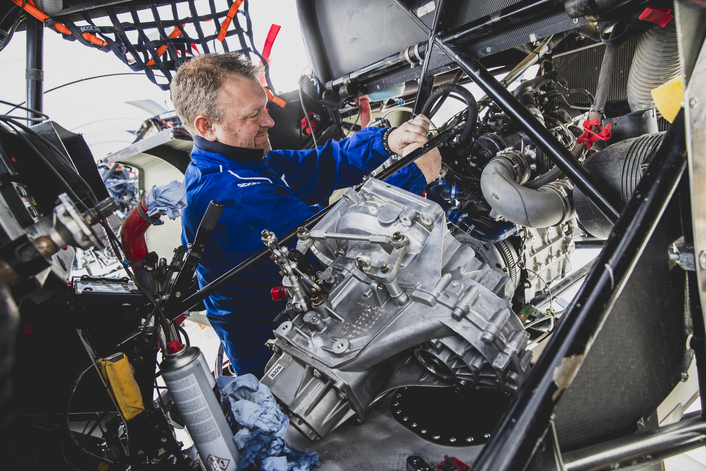 5) Friday's stage six was the last one before the rest day with Frenchman Stéphane Peterhansel making some headway in his bid for a record 14th Dakar Rally title after his previous 13 race wins on two and four wheels. The first week of the inaugural Saudi Arabian Dakar concluded with a dash over 352km of sand dunes between Ha'il and Riyadh with Peterhansel taking a small chunk out of Spaniard Carlos Sainz's overall car lead.