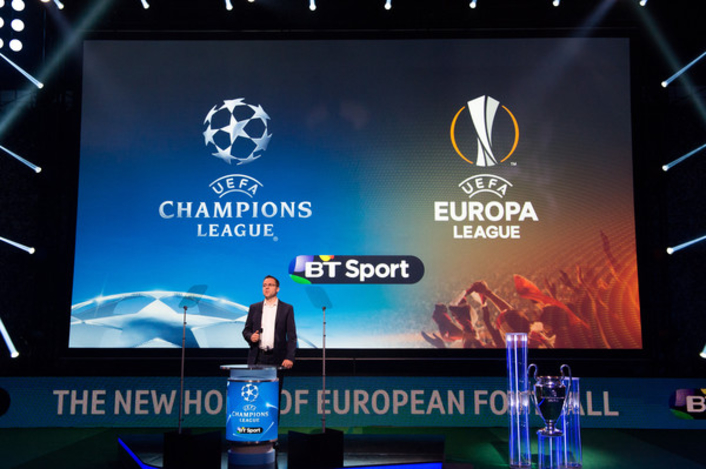 BT Sport selected RT Software to provide the cutting-edge augmented reality graphics for its studio coverage of the UEFA Champions League and UEFA Europa League, for which it holds the rights for the next three years. 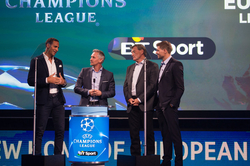 The coverage kicked off on Tuesday night (15 September) when BT Sport broadcast eight games from match day one — including fixtures for both Manchester City and Manchester United. Alongside the main offering, The Goals show was also broadcast, where high profile guests brought viewers goals and match action as it happened.

BT Sport’s main UEFA Champions League presenter, Gary Lineker, was joined in the studio by former UEFA Champions League winners Steven Gerrard and Rio Ferdinand. One of the highlights of the coverage was brought by the innovative augmented reality techniques and the showcase of specially designed graphics.
Viewers were treated to an array of new images including an intricate night-time 3D map of Europe showing models of the stadiums at each host city, through to team formations using glass fronted slates rising up from the floor to represent each player and larger slates comparing two opposing players with action shots. The camera could move over the night-time map to get close to a host venue and there were several new graphics representing the KPIs of players in the form of innovative pentagon shapes.

Mike Fredriksen, commercial director, RT Software says: “Whilst the English teams are yet to deliver fully on the pitch, we were delighted with the performance off the pitch brought by our 3D graphics solutions. The graphics achieved a level of realism and quality using techniques such as Physical Based Rendering to give the real-time and real-life effects for viewers. Apart from the stunning graphics themselves, the broadcaster also tightly integrated data, such as the player stats, from an external source, so the graphics were really able to tell the audience a story.” 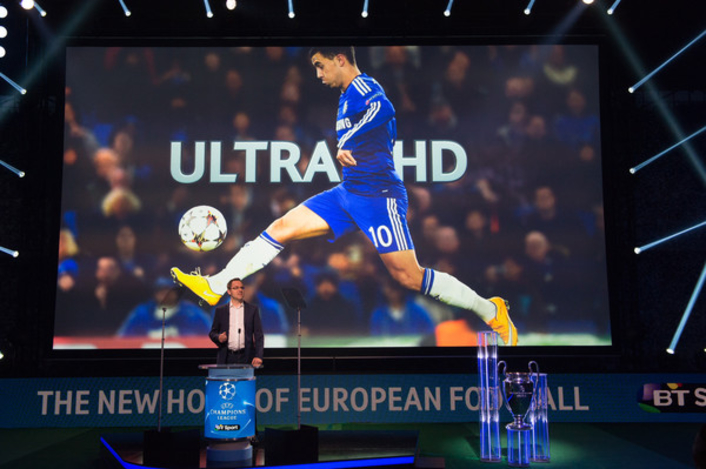 RT Software’s Physical Based Rendering gave the special lighting effects to textures and Fresnel Reflections were used to give realistic reflections off glass surfaces as the VR camera moved. This allowed reflections in the virtual graphic to move across the surface as the camera angles changed. Real studio objects such as the presenter’s desk were applied to the reflections using an “Environment Map”, and a 3D realisation of the real scene was created using a 360-degree still camera.

Jamie Hindhaugh, COO, BT Sport says: “We really wanted to push the creative boundaries with our UEFA Champions League coverage which is why we invested in these ground-breaking new augmented reality sets and digital analytics. We’ve had a fantastic response following our first week of programming and while we can’t control the outcome of the football action, we look forward to delivering more dynamic coverage throughout the season.”

About RT Software:
RT Software is a worldwide leading provider of real time graphics solutions. The product set spans CG, template driven 2D and 3D graphic overlays, election and news room graphics, specialist sports graphics and virtual studios. From its beginnings as an off shoot of the BBC 3D graphics Department in 2004, it now has installs from Iceland to New Zealand and includes the BBC, BT Sport, Fox Sports, NBC, and many other Tier 1 broadcasters in its growing customer base.