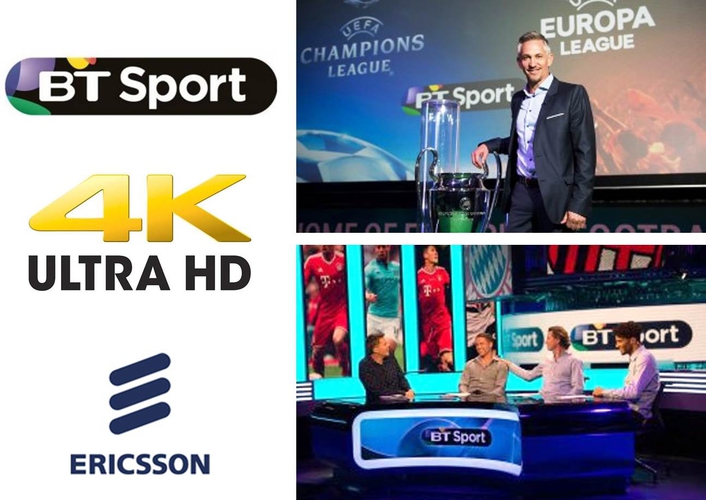 The deal includes BT Sport UHD, the first ultra-high-definition channel to launch in the UK
Ericsson announced that it has signed a multi-year broadcast and media services deal with BT Sport to help launch three new television channels and an interactive red button service in the UK.

Ericsson will be responsible for designing, building and running BT Sport Europe, free-to-air service BT Sport Showcase, and BT Sport UHD. BT Sport UHD will be the first ultra-high-definition channel to launch in the UK and will feature live football and other premium content.

As part of the deal, BT Sport has also extended Ericsson's existing six-year contract for BT Sport 1 and 2 by an additional three years. This contract includes playout and media management services and access services for both channels.

Thorsten Sauer, Head of Broadcast and Media Services at Ericsson, says: "We are very proud that BT has selected Ericsson to help launch a new range of high-profile TV services, including the UK's first UHDTV channel. BT Sport has made a significant commitment to its sport broadcasting portfolio, and we are delighted that Ericsson will play an integral role in its future success. This partnership is a significant win for our business and really underlines our role as a trusted partner to some of the world's leading broadcasters and sports rights holders. We will continue to work hard to deliver high-quality, innovative services."

Ericsson and BT Sport have been working on UHDTV together for some time, combining in 2013 for the first full multi-camera production of a sports event captured in 4K UHDTV and transmitted live internationally via satellite and fiber. Last year, Ericsson received the NAB Technology Innovation Award for its pioneering work in UHDTV.