As the clock ticks down to one of the world’s most watched sporting events on February 3rd in Atlanta, Georgia, Ross technical and creative personnel, partnering with Van Wagner Sports & Entertainment (VWSE), have been hard at work preparing an electrifying game-day experience for the lucky fans attending the big game at the Mercedes-Benz Stadium.

Ross Video is no stranger to the venue; the Mercedes-Benz stadium was opened in the summer of 2017, at a cost of over 1.6 Billion Dollars. It features a wide variety of Ross solutions and has many striking features, most visibly the massive Halo LED display measuring at over 1,100’ wide and 58’ high, with an astonishing 21,512 x 1,152 pixel resolution. Feeding the massive Daktronics LED display is the Ross XPression Tessera IP system, a real-time 3D graphics render engine that can drive any LED display pixel accurately. Tessera is also being used to feed content the 100’ Mega Column display at the North end of the stadium. In the control room, two Ross Acuity 6ME IP production switchers are being used to cut the live in-house pre-game, in-game, half-time and post-match shows.

Control of the entire stadium in-game production is being handled by the Ross DashBoard control system that controls all Ross products via the RossTalk protocol. It  also controls many 3rd party products like the in-house IP TV, video router, LED fascia digital media servers, LED accent lights and video processors. “It’s the world’s most powerful Venue Production control system”, says Kevin Cottam, Ross Video’s Director of Sports & Live Events. “The entire facility can be triggered at the touch of a button anywhere in the stadium! We’re very proud to be partnering with Van Wanger Sports & Entertainment (VWSE) for the 3rd year in a row for this iconic event and we are excited to show off the power of the Ross Unified Venue Control System.”

Adding to the already robust in-game production, Ross will also be adding a turn-key XPression Augmented Reality (AR) system to the in-game production, rendering AR drive charts to enhance the fan experience. “We constantly try to push the envelope with this event so AR integration is a natural fit; it challenges our production team but definitely provides an enhanced experience for fans inside the stadium,” notes Ryan Kehn, Creative Director at Van Wanger Sports & Entertainment. “With the help of the Ross Sports & Live Events Team, we are able to drive the stats and story of the game in a way that provides compelling content and takes full advantage of the dynamic displays at this venue.” 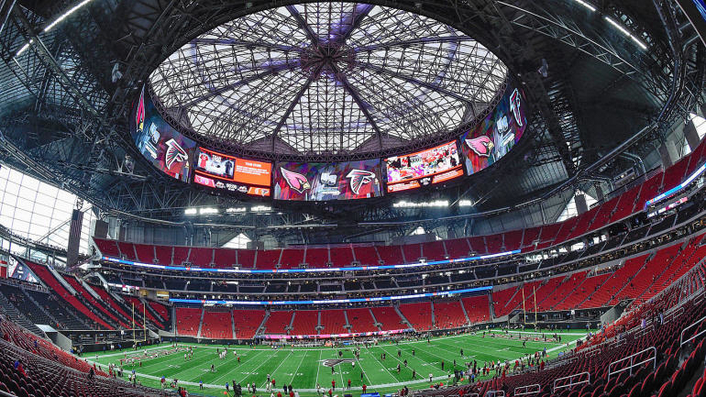 The Ross Unified Venue Solution also played a huge roll at Opening Night, hosted at the State Farm Arena, where a similar control system was installed and launched in the fall of 2018.