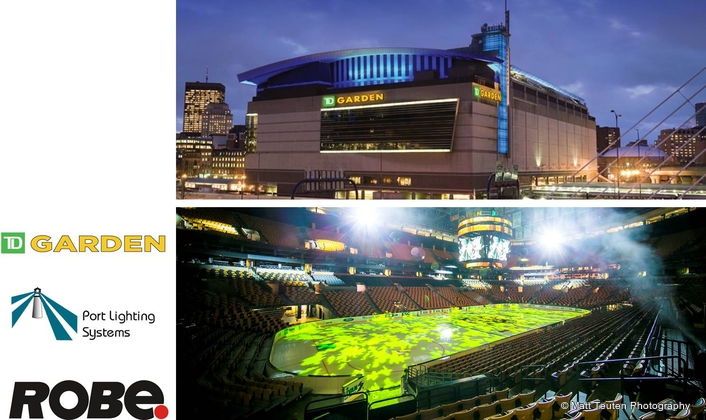 The project was managed for Port Lighting by lead designer, Ron Kuszmar. The company’s successful working relationship as a technical supplier to the landmark multi-purpose venue goes back over two decades … since it opened in 1995.

The 17,500 – 19,600 capacity multi-purpose (depending on configuration) TD Garden is home to the NHL’s Boston Bruins and the NBA’s Boston Celtics and also hosts concerts and other live events. The new lighting scheme replaced and – substantially - upgraded the previous one installed in 2009 and is primarily used to light the pre and in-match entertainment slots and for getting the crowds pumped up and in the mood for serious sporting action. 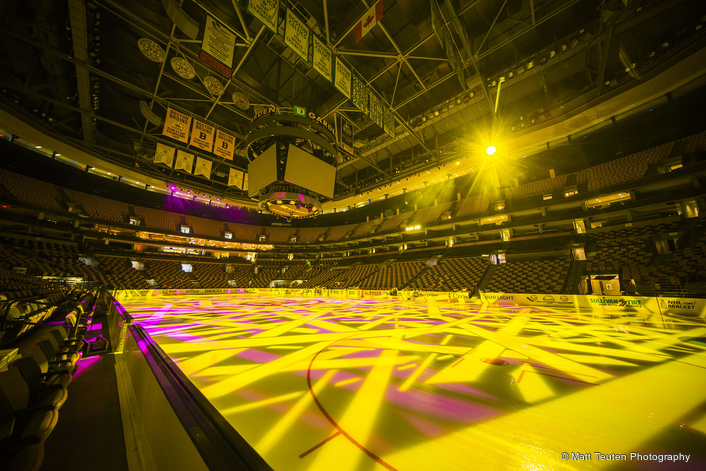 The lights are dotted around the arena on four trusses running along each of the sides, positioned so they can easily reach across either the ice rink or basketball court and around the audience seating.

The brief which came directly from the client – TD is funded by the two teams and currently sponsored by TD Bank – was to make the lighting bigger and better than before, so Ron and his team chose Robe’s BMFL Blade as the brightest fixture currently available, supported by the extremely powerful Pointe.

They specifically wanted the Blade variation of the BMFL so light could be shuttered off easily around the respective field of play, and this was an important requirement for the new and improved lighting rig.

“The Blades essentially help to define the space and add definition to the environment,” commented Ron. “We can direct light exactly where it needs to be, and keep it neatly and accurately trimmed off the basketball court or ice hockey rink.” 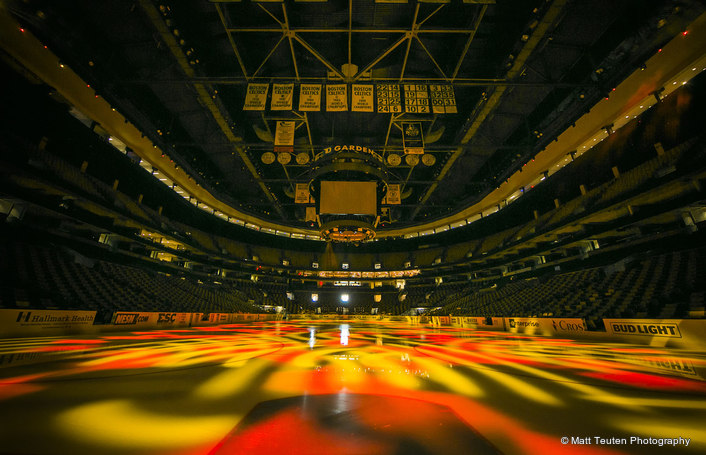 Also important was the quality of light coming out of the BMFL Spot and the hotspot control of the BMFL which allows large areas to be flooded with an exceptionally even field of light which is ideal for camera work since most of the games are televised.

Port Lighting, a busy rental, production and installation specialist, invested in Robe’s BMFL technology with the purchase of BMFL Spots shortly after the new high-powered product range was launched … and have had an excellent experience with them and with Pointe fixtures, which are also mainstays of their rental stock.

The Pointes were chosen because the client was keen on having beams in the lighting equation – a style that’s currently trending in many applications particular for audience lighting and again something that looks particularly dynamic on camera. 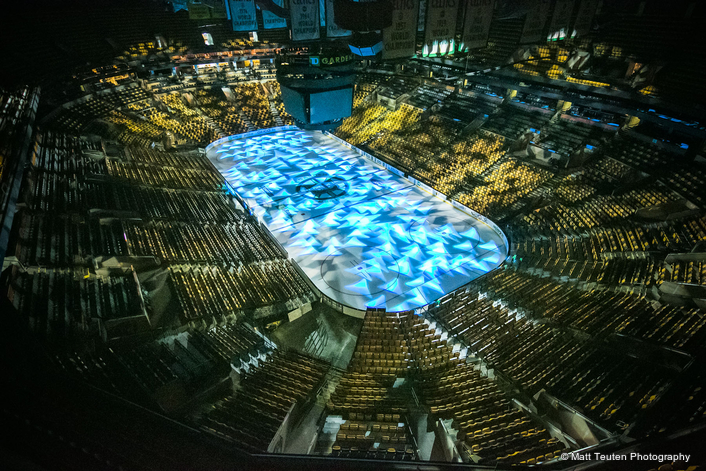 “They are great – small and fast – wonderful for zapping eye-candy effects around the space,” enthused Ron. Apart from liking the Pointe’s many features, choosing two products from one manufacturer made sense for color matching and other continuities.

Reliability was also a key as they didn’t want to be in there fixing lights. Used around four or five times a week, the fixtures are usually only fired up a couple of hours before a game, so having confidence that they will come on day-in day-out and continue working is vital.

The 52 new lights are making a “dramatic” difference that is especially noticeable for big WOW factor effects like washing the whole arena confirmed Ron.

The control system was also changed out with the re-fit that saw a new Hog 4 console and a Benjamin Electric smart power distro – chosen for its remotely switchable breakers, scheduling and remote power monitoring - delivered as part of the lighting package. 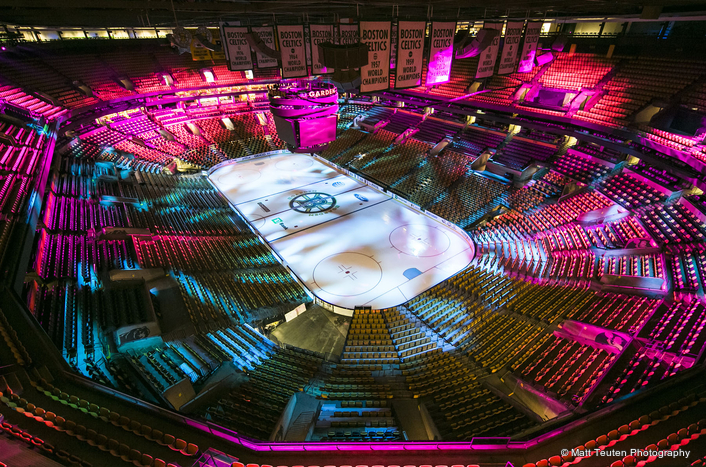 Operators for the games and events are provided, and there is a pool of locally-based Port-trained personnel available to ensure the rig is maximized and used to its fullest extent.

Joining Ron on the design team for this exciting project were Steve Bearse and Kyle Stetson. John Beaulieu and Dan Bourgeois coordinated the installation and integration and Lee Mulder, Adam Blackstock, Sean Harding and Chris Campbell worked on the prep elements.