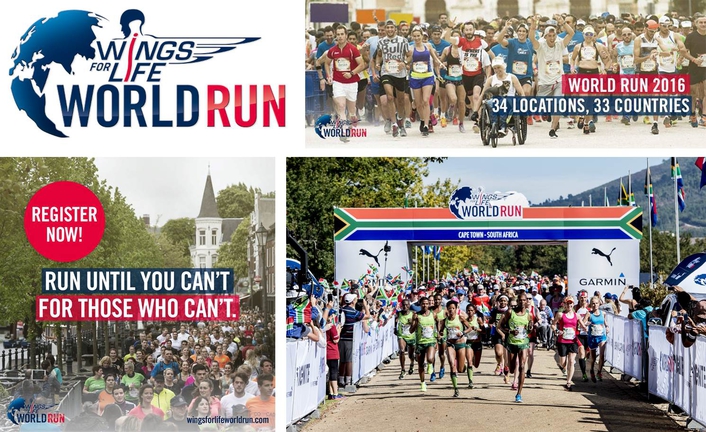 Combining two of the major trends in running today – charity runs and sport-for-all events – with its own signature innovations, the annual Wings for Life World Run is racing back into the international spotlight for its third year. Registration is open now for the May 8 run, which will be, globally, a highlight of the 2016 calendar for runners of all levels. All are welcome to sign up, from beginners to dedicated athletes and competitors using a regular, everyday wheelchair. And every participant makes a difference.

The Wings for Life World Run was launched in 2014 to raise funds for the Wings for Life Spinal Cord Research Foundation. Pioneering the concept of a synchronised race where participants across the world run simultaneously, the event introduced the Catcher Car format, in which a celebrity-driven vehicle gives the runners a head start, chasing the field at a predetermined pace. While the individual man and woman last to be caught are declared Global Champions, all the participants have their own personal goals and motivations, which are as varied and unique as the runners themselves. 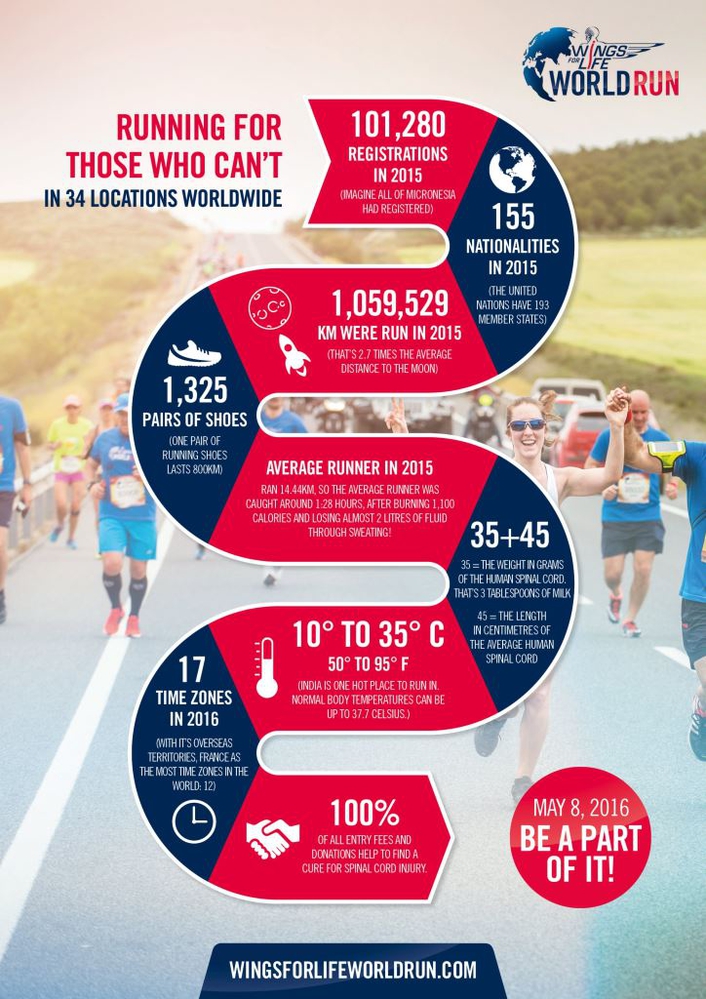 One-hundred percent of all entry fees and donations contributed by the Wings for Life World Run participants, and the friends and families who support them to maximise their financial impact, goes to spinal cord research projects to help find a cure for spinal cord injuries.

The 2015 event saw 101,280 participants in 33 countries raising 4.2 million euros for Wings for Life’s single goal. Japan’s Yuuko Watanabe was crowned 2015 Wings for Life World Run Female Global Champion with 56.33km, while Lemawork Ketema of Ethiopia repeated as men’s Global Champion in running to a distance of 79.9km. As it will be again in 2016, the entire event was followed by viewers across the globe, thanks to an enthralling live-stream experience, which shares the effort, elation and emotion of the runners. 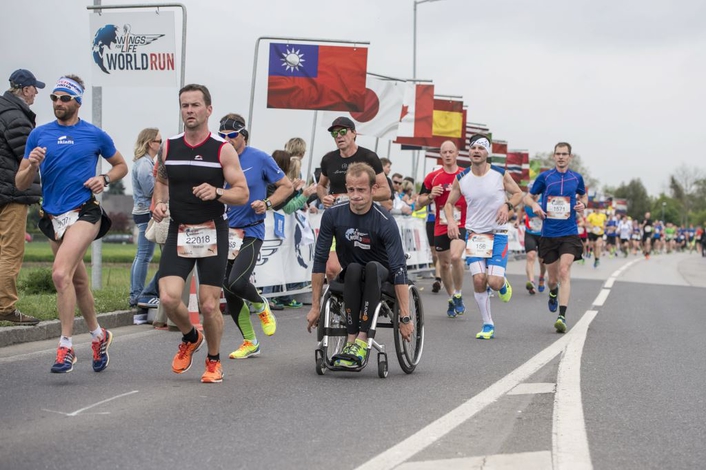 “There's been a boom in running events at all levels over the last decade. Last year in the US alone, there were 28,000 different running events”, said Andy Martin, who is director of UK-based Firetail Limited, a consulting group that specialises in strategy and research for nonprofits, foundations and NGOs. “Most of these will have had some sort of charitable element. Around the world, but in the UK and North America in particular, running events are now a big part of a charity's fundraising strategy.” 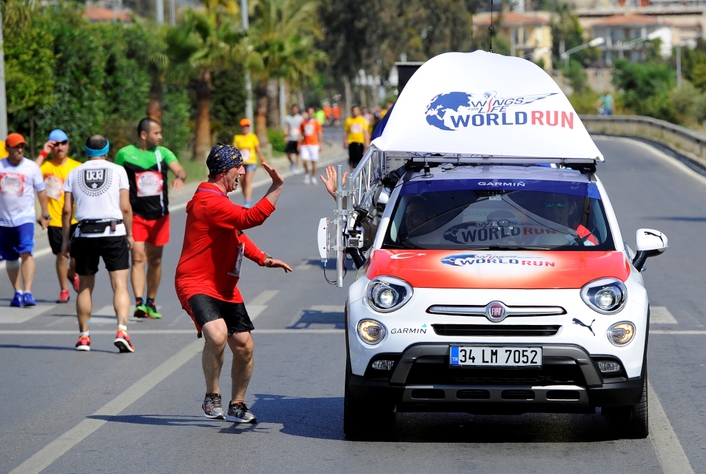 Worldwide, group-participation running has been growing regardless of charitable connections. For example, research on the mass-participation running boom by Jens Jakob Andersen, a former statistician with the Copenhagen Business School and a founder of RunRepeat.com, identified a 13.25 percent growth in marathon running globally between 2009 and 2014, with the biggest national increase in Russia (300 percent) followed by China (259.47 percent)*. “I believe running will always be a major sport because of its simplicity and its flexibility”, Andersen commented.

It’s time to choose where to run at the Wings for Life World Run 2016. No matter where they live, runners of all levels can sign up for any location of their choice. For more, including registration information and location updates, visit www.wingsforlifeworldrun.com 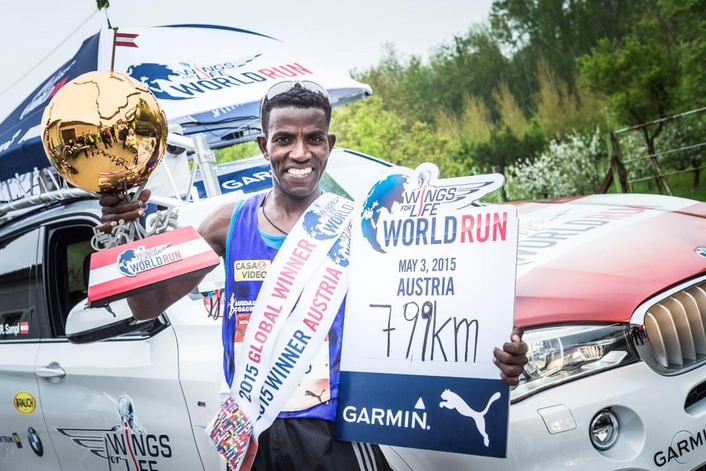 About the Wings for Life World Run
The Wings for Life World Run was launched in 2014 to benefit the not-for-profit Wings for Life Spinal Cord Research Foundation, which is dedicated to finding a cure for spinal cord injury. Presented with the support of main partners Garmin and Puma, the Wings for Life World Run has pioneered the concept of a synchronised race where participants of all levels, all across the globe, run simultaneously, no matter the hour or the weather in their location. The event has also introduced the Catcher Car format, in which the finish line ­– a celebrity-driven vehicle that gives the runners a head start – chases the field at a predetermined pace. Only at the point of being overtaken is a runner’s race over, and the individual man and woman last to be caught are declared Global Champions.

About Wings for Life World Run Partners: Garmin and Puma
Wings for Life World Run is delighted that both 2015 international partners, Garmin and Puma, are continuing on the journey in 2016. Garmin, worldwide supplier of portable navigation devices for 25 years, brings its drive to inspire fitness-device users to follow active lifestyles. And Puma, with its 65 years’ expertise of equipping some of the best sportspeople on the planet, shares its dedication to bring together a new generation of athletes. Colin Jackson, International Sports Director of the Wings for Life World Run is excited about the continued partnership: “Puma and Garmin are brands that dream big and make dreams come true – the same as we do.”