The Story of Wings for Life World Run 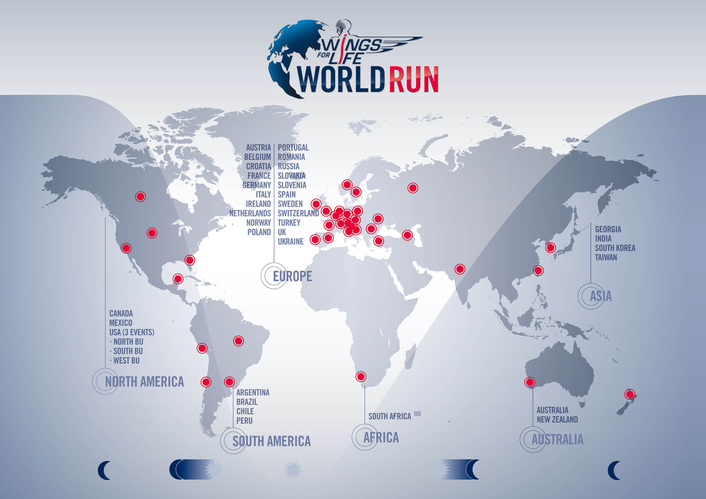 It all started with a simple but intriguing idea on a layover at Moscow airport: What if you could get the whole world running? Everyone, worldwide, on the same day, at the same time. A race of epic proportions with just one lone runner left at the end. A world run. But could it be done? It could.

Meet Anita Gerhardter, CEO of Wings for Life, a charity whose mission is to make spinal cord injury curable. Two years of planning later, the Wings for Life World Run saw the light of day – but not before adding a little twist. The Catcher Cars, vehicles equipped with sensors, introduced to literally catch the runners not running towards a finish line but away from the finish line that chased them. 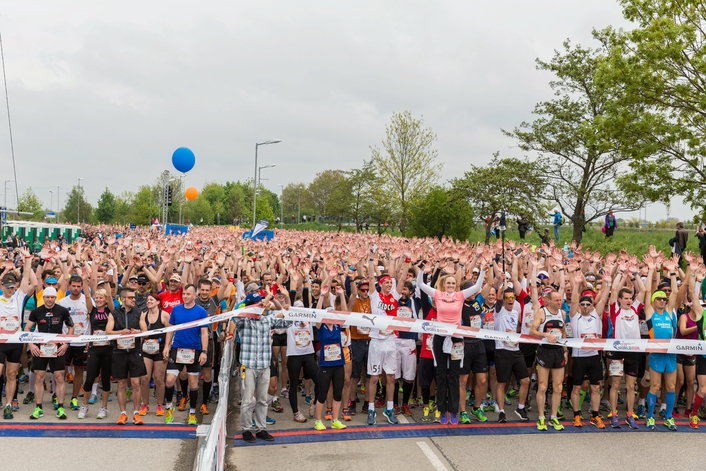 Breaking Boundaries
With the race concept in place, the Catcher Cars moved into pole position in everyone’s minds. Completely new tracking technology was needed, so thousands of runners across the world could be ranked fairly. To ensure each year’s race would eventually end, the Catcher Cars increase their speed at given intervals until the last runner is caught. 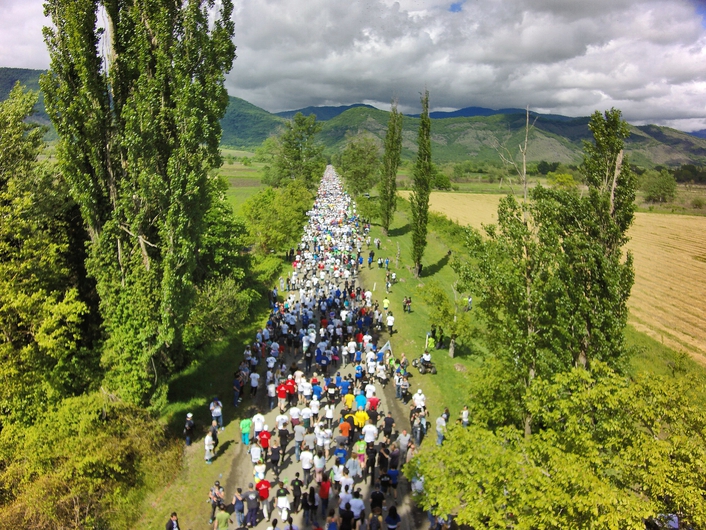 Going Global
On May 4, 2014, a team of time-keepers and techies, communication and media experts sat at Global Race Control in Spielberg, Austria, with their collective hearts in their collective mouths. After two years in the making, those seconds to countdown were the longest, quietest in months. Would it all go off without a hitch?

With the start of the race, though, came the start of the smiles. Data and images and stories flooded in from around the world to Global Race Control. It was a day of personal victories, from the first man to be caught in Hennebont in France at 5km, to the thoroughly entertaining ‘pink dancing lady’ in Austria, and teams of people running in Australia and South Africa, Canada and Poland, sharing their experience over social media. 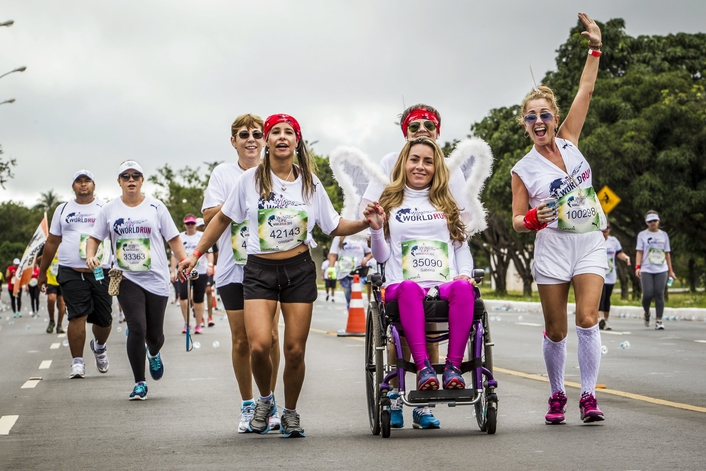 From the beginning, at the heart of the Wings for Life World Run was to get as many people as possible running globally at the same time, so 2015 introduced the Selfie Run, giving runners using the Wings for Life World Run app, and who couldn’t get to an official location, the chance to be a part of the newest thing in running. From the Arctic Circle to the Canadian prairie, hundreds joined in the ‘run for those who can’t’, including Formula One star Daniel Ricciardo, who covered 12.56km alone in Monaco in his #1 race number.

Runners in official locations thrilled to see they were alongside celebrities like British Formula One racer Mark Webber in Silverstone, Slovenia’s President Borut Pahor in Ljubljana and Prince Abdulaziz Turki Al Faisal of UAE in Dubai. 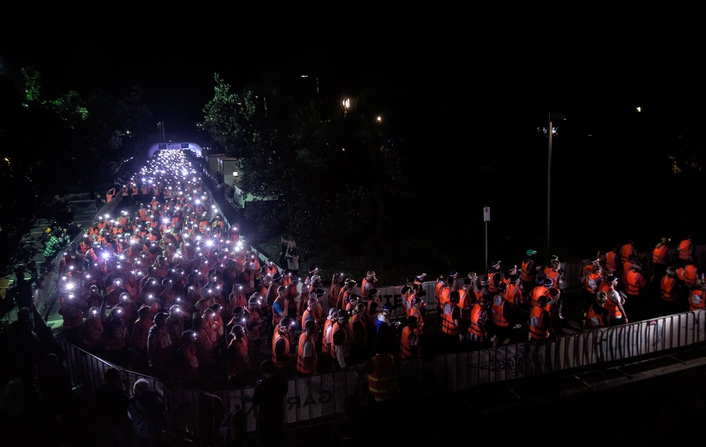 Leaving the Best Til Last
But the best moment for many was the end, when the Catcher Cars, driven by some very recognisable faces, caught up with them. What better way to end a race than to be cheered and waved at by Formula One driver David Coulthard, Paris-Dakar champion Marc Coma or Stratos jumper Felix Baumgartner?

Winning Combination
From fun run to serious athletic competition, the first-ever Wings for Life World Run Global Champion was Norway’s then 18-year-old Elise Molvik, who finished at 54.79km. Global contenders, like ultrarunners South Africa’s Eric Ngubane Italy’s Giorgio Calcattera and USA’s Michael Wardian, battled it out thousands of kilometres apart, but the race has twice been won by Lemawork Ketema, both times in thrilling competition with Peruvian, Remigio Quispe. And 2015 saw the first wheelchair competitor, Aron Anderson, take the national crown in Sweden at 64.82km. 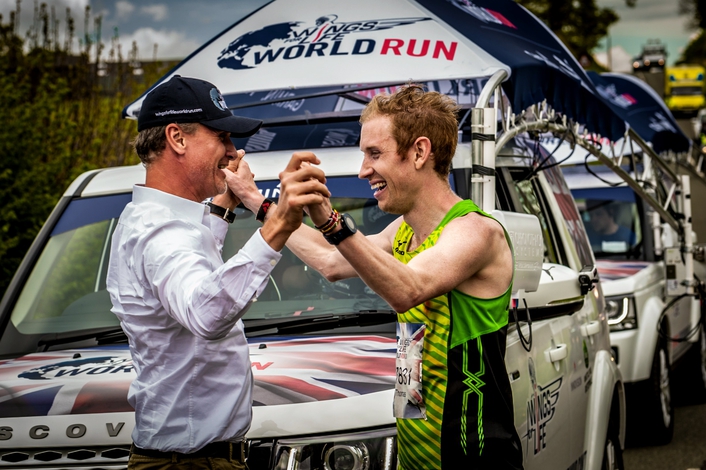 In the two years since its inception, 136,677 people participated in over 40 locations, raising more than €7 million to help fund spinal cord injury research projects all over the world.

What the future holds
From the beginning, Wings for Life World Run has been an organic being, growing in the most unexpected and most exciting ways. A race focussed on getting runners in every corner of the global out there running for those who can’t? Because every single extra person who runs for those who can’t brings the cure for spinal cord injury one step closer.

Find out more and register for May 8, 2016 at www.wingsforlifeworldrun.com 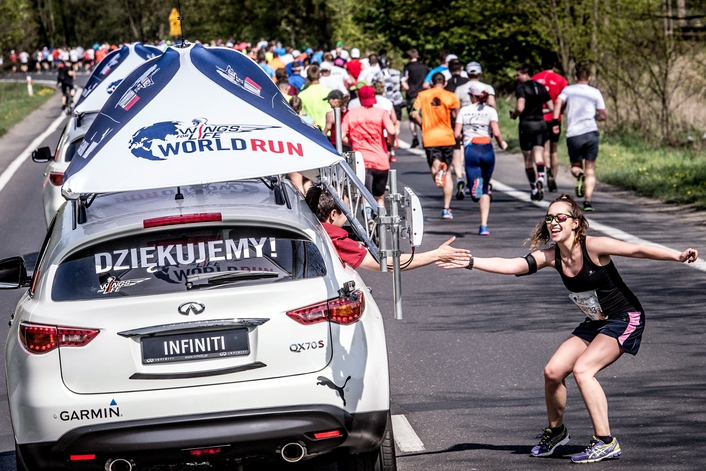 ABOUT THE WINGS FOR LIFE WORLD RUN LIVE EXPERIENCE
The Wings for Life World Run is not just a race in 34 locations but a truly global media event of epic proportions. More than 200 cameras follow the action as it takes place around the world. Around 400 satellite segments are used to bring the world’s most unique running event to every living room around the globe. A live radio stream at www.wingsforlifeworldrunradio.com, interactive maps, race statistics and news also follow the action as it takes place. Find all coverage at www.wingsforlifeworldrun.com and viewers are invited to join the conversation on Twitter (@WFLWorldRun, #WorldRun), Facebook (facebook.com/WingsForLifeWorldRun), and Instagram (@wflworldrun). 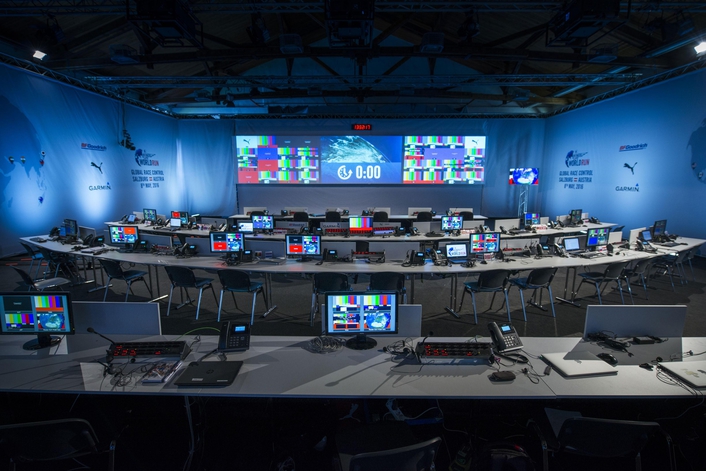 ABOUT THE WINGS FOR LIFE WORLD RUN
Introduced in 2014, the Wings for Life World Run is a global running event held annually in May. On May 3, 2015, athletes in 35 locations around the world started at precisely the same time, 11am UTC. As if that wasn’t unique enough, the race has no finish line. Instead, the runners are followed by a Catcher Car, which takes off 30 minutes after the start at 15km/h and steadily increases its speed until the last athletes have been caught. Two-time global champion, Lemawork Ketema, was caught after 78 km in 2014 and 79.9km in 2015. The Wings for Life Selfie Run is available through the app if iOS and Android. Learn more:www.wingsforlifeworldrun.com