The production of the largest game in American Football History

On the field, the University of Tennessee took the victory home, beating Virginia Tech with a 45-24 win

A record-breaking audience of 156,990 witnessed the “Pilot Flying J Battle at Bristol” live, played between University of Tennessee and Virginia Tech on Saturday, 11, at Bristol Motor Speedway, Tennessee. wTVision helped make history, managing the graphics and providing real-time data parsing for the American football game with the highest attendance ever.

“We partnered with wTVision to handle the very complex issue of parsing the data from a very inconsistent stat crew source and from the beginning I knew this was one aspect of the production I did not have to stress about”, stated Michael Rocha, Director of Content Services at Panasonic Xperiences. “They tackled the project with a very professional and methodical approach which kept us all on the same page and included several test and simulations”. 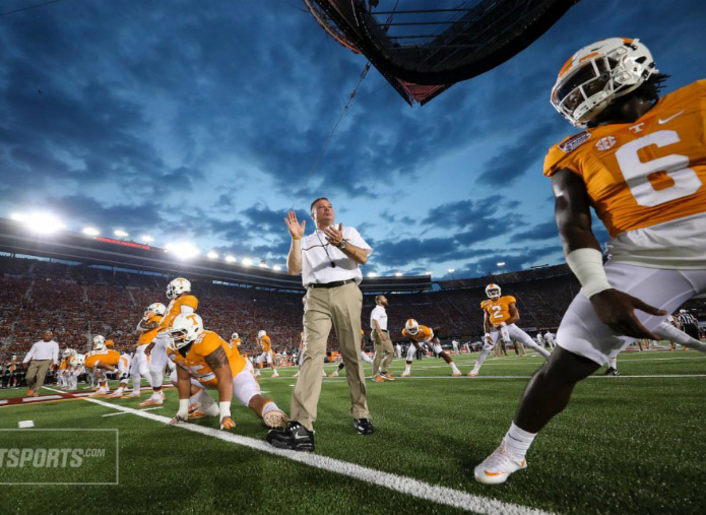 wTVision developed a new solution for this historic event, optimizing the information and graphics displayed on the giant screens and assuming once more its role as a leading company in sports broadcasting. Pedro Rodrigues, Technical Director at wTVision Inc., highlighted “the unique opportunity of shaping one of the best sports fan experiences in the world”, adding that “Bristol Motor Speedway is certainly an impressive venue and the kind of place where we want to work”. 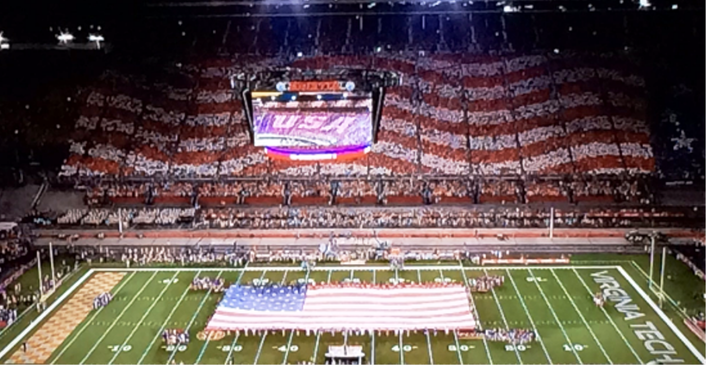 Michael Rocha praised wTVision’s solution for providing “an entirely custom user interface to seamlessly control the entire graphics package and multiple render engines”. The outcome delighted both Panasonic and the fans at the Speedway: “On the week of the event, they were on site working with our graphic’s operators to run through the show, each time finding new additions and efficiencies to add to this interface. By the time we got to kickoff, we had a simple push and click front end that allowed our operators to respond and perform flawlessly despite the high pace of the sport. The final result was the execution of an entire graphic and stats package rivaling that of what you can only find on the major networks”. 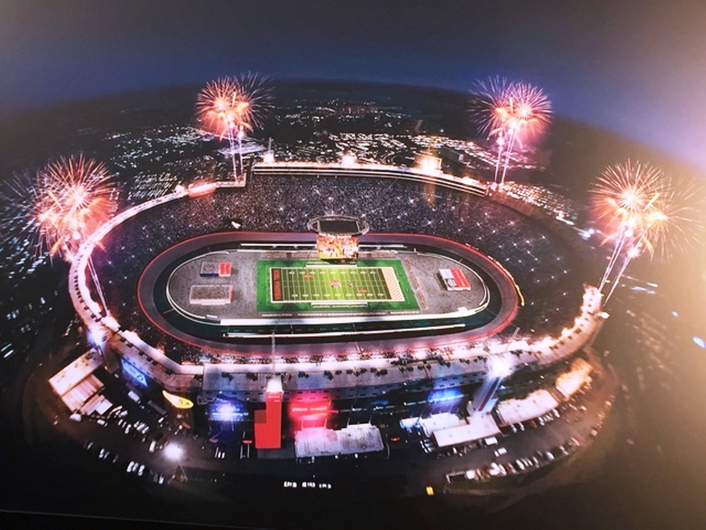 On the field, the University of Tennessee took the victory home, beating Virginia Tech with a 45-24 win. The Battle at Bristol was played in front of 156,990 people, smashing the previous NCAA-recognized record of 115,109, registered when Notre Dame met Michigan at Michigan Stadium, in 2013. The largest crowd to watch an NFL game was 112,376 in a presentation matchup between the Cowboys and Houston Oilers in Mexico City in 1994.

About wTVision:
wTVision creates innovative and extremely effective solutions for the broadcast industry, focused on software development, graphics design and branding, live operations and human resources outsourcing. Founded in 2001, it has been changing the way people watch TV for fifteen years.
From small one-time broadcasts to some of the most important competitions on the planet, wTVision takes part in more than 5 000 broadcasts annually and has experience in more than 70 countries. wTVision has hundreds of specialists around the globe and offices in Portugal, Spain, Belgium, Brazil, Bolivia, Arab United Emirates, India and USA.