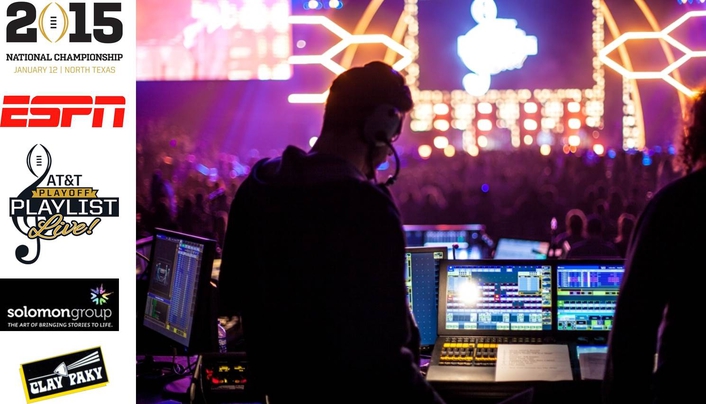 “For organizers at CFP and ESPN, it was crucial that the events taking place during the inaugural College Football Playoff weekend be just as exciting as the game itself,” says Matt Foucheaux, Director of Production Design at Solomon Group.  “It was also crucial that the CFP brand play front and center.  We chose a production design for the stage that drew heavily from the brand’s sleek, new logo.  Once we settled on a football shape for the stage design, we added various football-themed creative elements throughout. 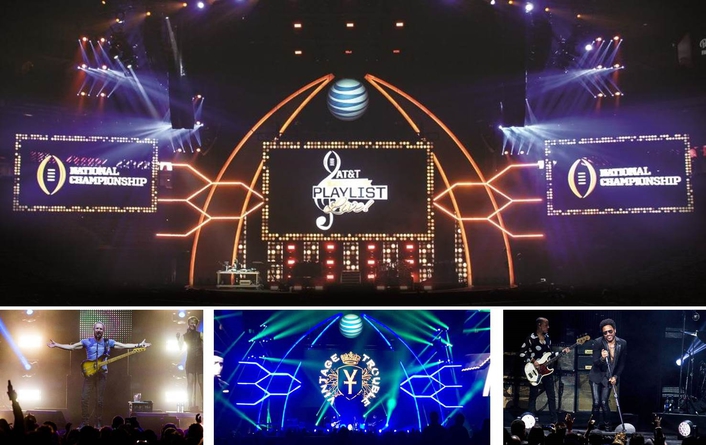 “For instance, our team assembled lighting ‘brackets’ to symbolize the new playoff system.  We also created special ‘pods’ of lights to mimic traditional stadium lighting.  It was important that the show not look or feel like just any concert; we wanted the audience to know this show was part of College Football Playoff.”

Foucheaux deployed 48 Clay Paky Sharpys in the stadium lighting ‘pods’ where they were meant to loosely simulate the lighting typically found in a football stadium.  Twelve Sharpys in each of four pods were positioned off left and right of the stage and were trimmed out around 70 feet to the bottom of the first Sharpy.

“We chose the Sharpys because of their incredible beam output and speed,” Foucheaux says.  “We needed instruments that would allow us to create a very elegant look during walk-in and in between artists but could also quickly transition to the dynamic look needed for a rock ’n roll show.”

He reports that the Sharpys were “absolute workhorses” that “performed great.  Over four days--which included set up--they were never turned off, and we had no issues whatsoever.” 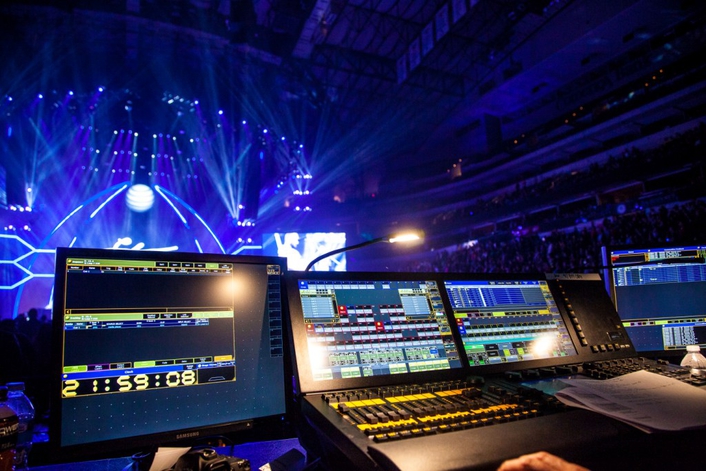 Foucheaux notes that many managers and crew members dedicated a lot of time to pull off the successful concert series.  “While the right gear can help make a show spectacular, it only shines when it’s placed in the hands of talented designers and technicians who know how to make it work within the parameters of the event.  They normally go unmentioned, but they’re the ones who truly make the magic happen.”

Francesco Romagnoli, Clay Paky Area Manager for North and Latin America, added, “Solomon Group has always been a an innovative user of our equipment and this project is no exception.  We’re proud to see our Sharpys used in this event.”