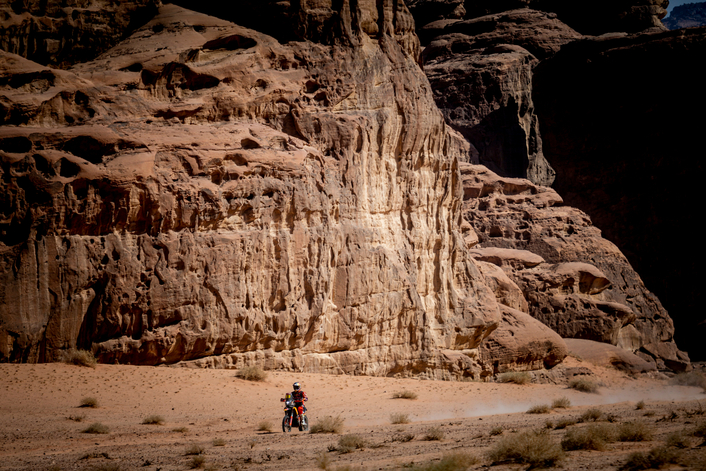 Australian within touching distance of bike lead as Al-Attiyah wins his fifth stage.

Toby Price kept within touching distance of Dakar Rally glory after his makeshift repair – using cable ties to fix his back wheel – held on a marathon stage eight. And in the car class, Nasser Al-Attiyah took a fifth stage victory to close the gap on Stéphane Peterhansel.

Here is all you need to know.

- Price’s hopes of continuing looked under threat with no support crews overnight and competitors left to make their own running repairs. But the two-time winner’s efforts after a massive gash appeared in his rear tyre with no spare available held together for the 375-kilometre timed section between Sakaka and Neom.

- The Australian explained: “I tried to fix the issue as much as I could. By the time I got to refuel at 229km I was down to one cable left on my rear tyre, the rest had come off. I did my best to keep momentum, not accelerate hard and ride smart.” 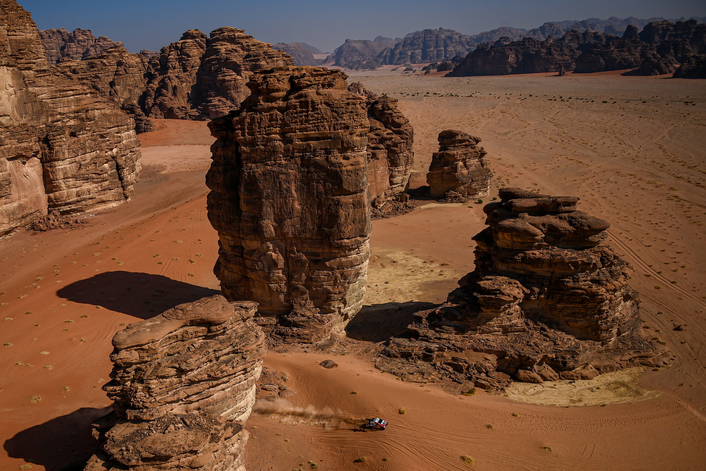 - At the end of stage eight, Sunderland said: “It looks like my bike is beat up but, if you saw the terrain it’s been through, it’s really not that bad. Two days with the same tyres and wheels and no service.” 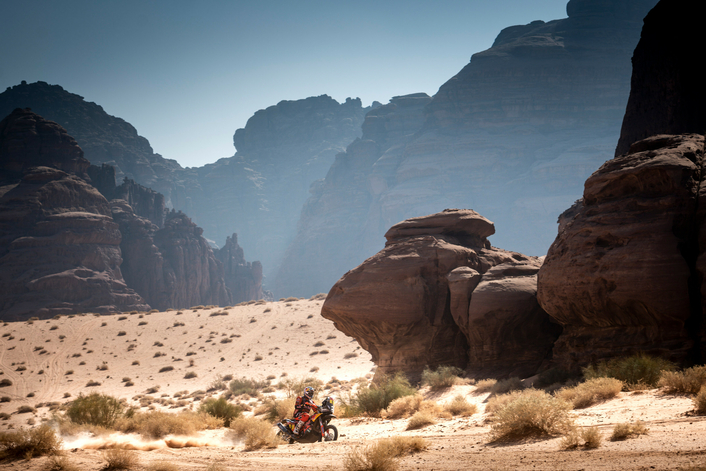 - Dakar debutant Daniel Sanders’s body rather than his bike took a beating following a fall in the dunes but he is fit enough to carry on. As he put it, “I didn’t cut any bones…but the cut needed some stitches.”

- In the car class, Qatari Al-Attiyah moved to within five minutes of the race lead with four final days in which to attack. He said: “We kept the car in one piece which is good because, in some places, we were pushing a lot. We get three minutes back on Stéphane today and we will keep going day by day.” 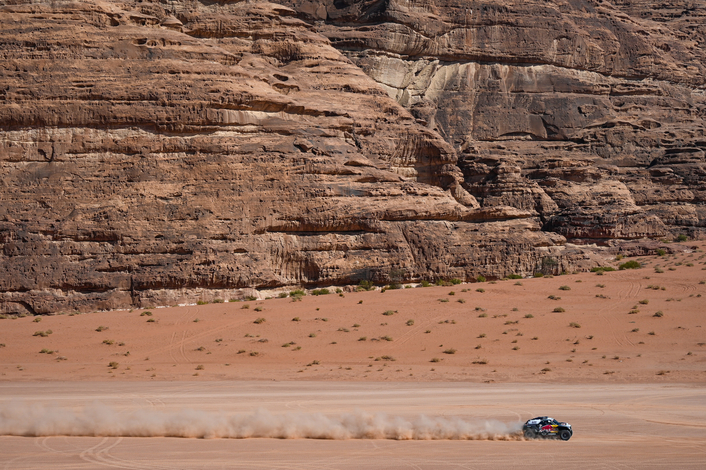 - Teenager Seth Quintero is in second and within 10 minutes of Austin Jones’ lead in the lightweight vehicles race. And the 18-year-old Quintero said: “It’s going to be a long four days but hopefully we can be there at the end.”

- But it was a day to forget for his fellow Red Bull Off-Road Junior Team driver Cristina Gutiérrez, whose gearbox trouble stopped her from starting stage eight. The stage win went to Chaleco López. 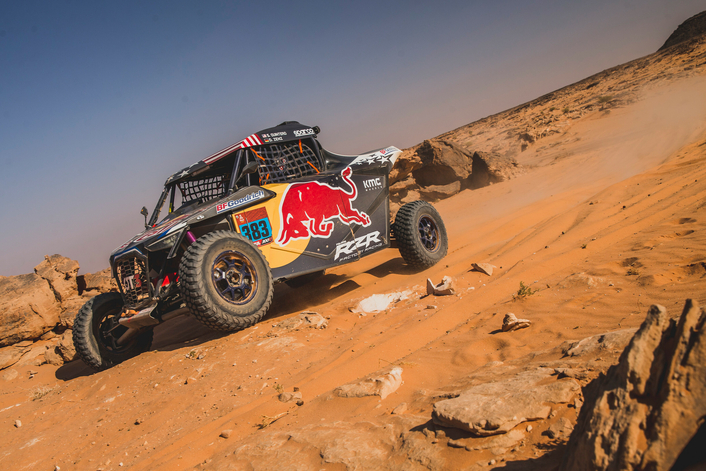 - The Dakar resumes on Tuesday for a 465km loop around the Neom bivouac against the clock for stage nine. 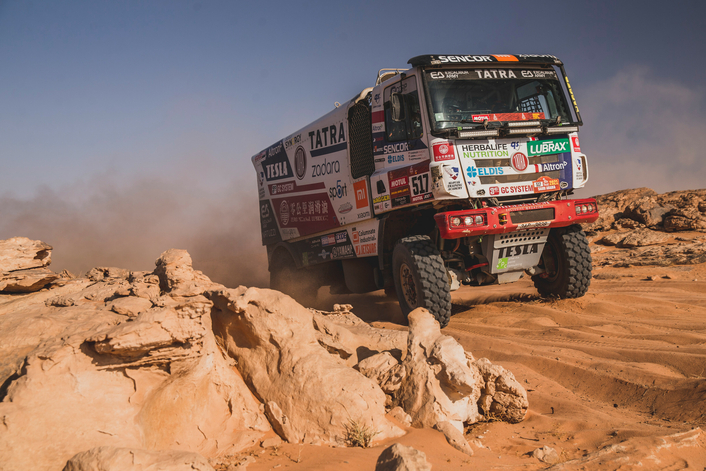 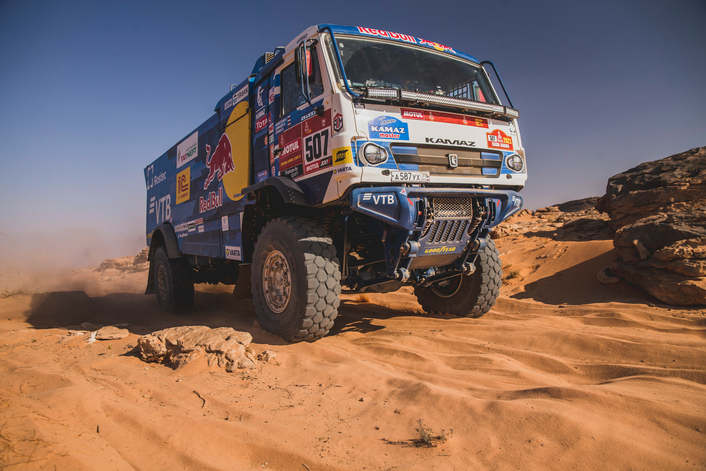