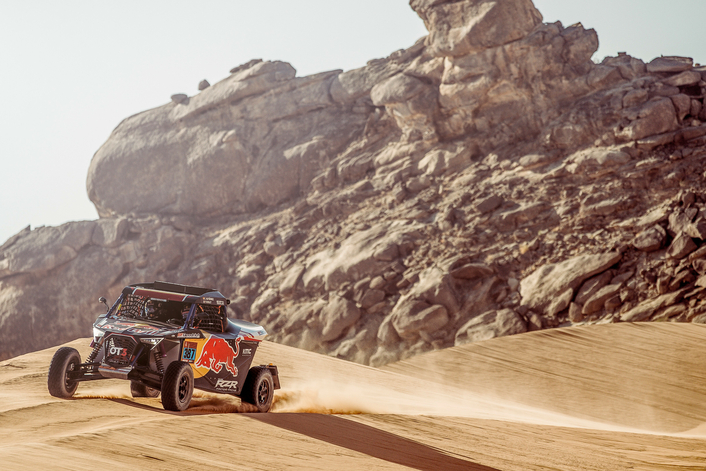 The 2021 Dakar Rally convoy are taking Saturday off to rest up their jaded bodies and minds after the first week of off-road racing's most fearsome challenge conjured up loads of thrilling action across the sand dunes.

The second staging of the iconic rally raid race in Saudi Arabia has seen the usual suspects shine, while rookie teenage sensation Seth Quintero excelled in the desert.

Here are the five key moments so far:

1) After three-time car champion Nasser Al-Attiyah and Australian bike rookie Daniel Sanders impressed in Saturday's prologue, Sunday's first stage saw Spaniard Cristina Gutiérrez tame the punishing 277-kilometre Stage One route to set the fastest time in the Lightweight Vehicles category. The Red Bull Off-Road Junior Team star - driving in her fifth Dakar Rally - revealed: "We had one puncture, but I think everyone had at least one today. The work that my co-driver François (Cazalet) did on the navigation was incredible." 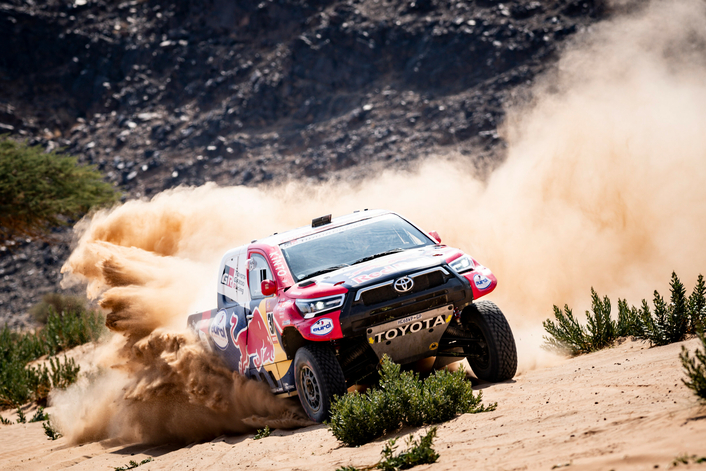 2) After fellow Dakar legends Stéphane Peterhansel and Carlos Sainz got a jump on him in Sunday's stage, Qatari Al-Attiyah hit back during Monday's Stage Two to put himself back in the picture for a fourth title. The 457km against the clock from Bisha to Wadi Ad-Dawasir saw Al-Attiyah win by two minutes and 35 seconds from Frenchman Peterhansel with defending champion Sainz just under 10 minutes back on the day. He said: "Yesterday we lost a lot of time because we opened the stage and it was so tough. Today we went flat out from start to finish and everything worked really well." 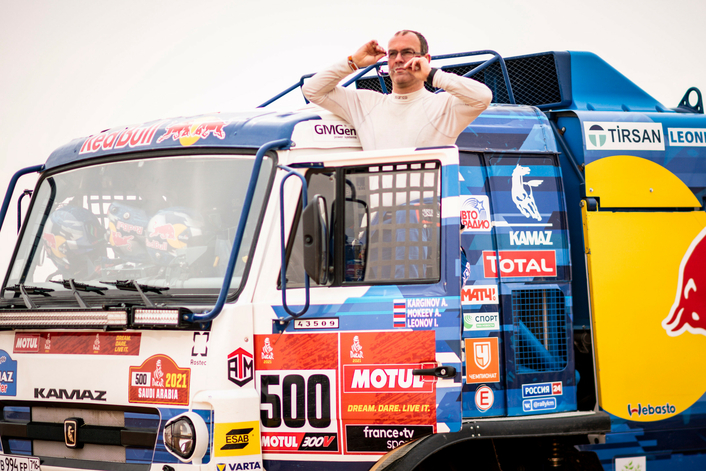 3) Two former champions from the Red Bull KTM Factory Racing team dug deep on Tuesday's Stage Three with Australian Toby Price and Briton Sam Sunderland putting themselves back in contention for another bike title. With Austrian Matthias Walkner blowing his title chance on Monday, Price roared back to capture the stage win by over three minutes from Argentine Kevin Benavides with Sunderland fifth. Price revealed: "It's like a yo-yo at the moment, I'm either right at the front or at the back. Navigation makes it difficult to lead a stage out." 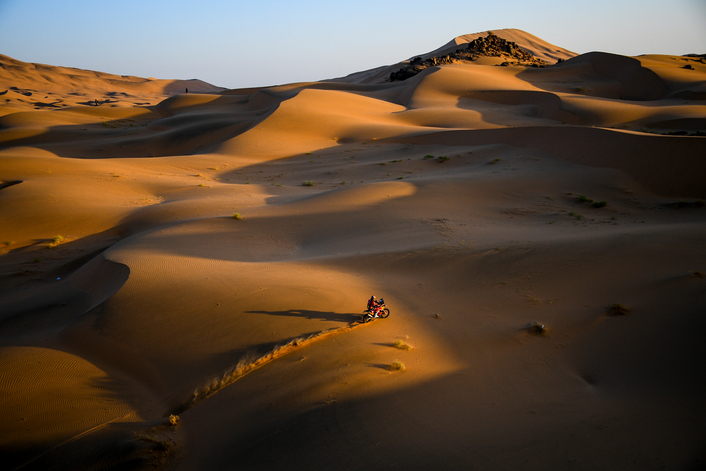 4) With Chilean Ignacio Casale back racing in the truck category, it was the Russians who dominated the first week for Team Kamaz Master. Dmitry Sotnikov might have ended the first six stages with a lead of 37m34s over Anton Shibalov, but it was reigning champion Andrey Karginov who put the hammer down on Thursday's Stage Five to muscle in on the stage wins. The 44-year-old excelled with just under five-and-a-half hours logged behind the wheel to win the stage, even though his hopes of a third Dakar title are over lying 2h24m20s behind Sotnikov overall. 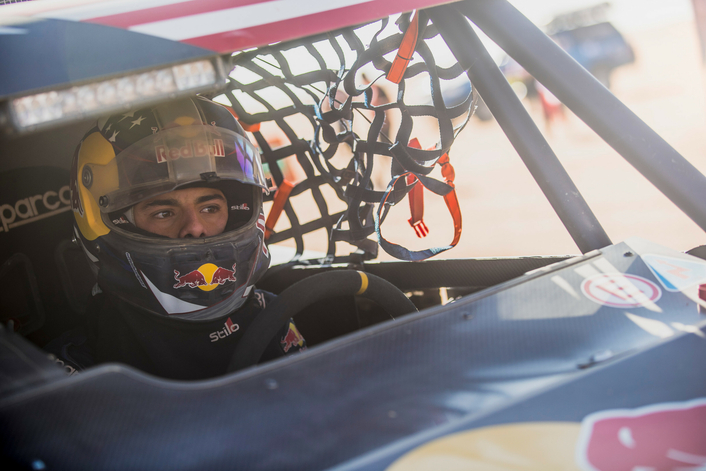 5) The halfway point of the 2021 edition was reached with a feel-good story as American Quintero triumphed in Friday's Stage Six after rally organisers shortened the stage by 100 kilometres (62.13 miles). The Californian edged out Khalifa Al-Attiyah by 23 seconds to move just 8m26s behind Poland's Aron Domzala in the Lightweight vehicle category and become the youngest ever Dakar stage winner in the process. The 18-year-old enthused: "It feels amazing to be the youngest ever Dakar stage winner. It's the Rest Day tomorrow, but I could honestly wake up as early as you like and go race again." 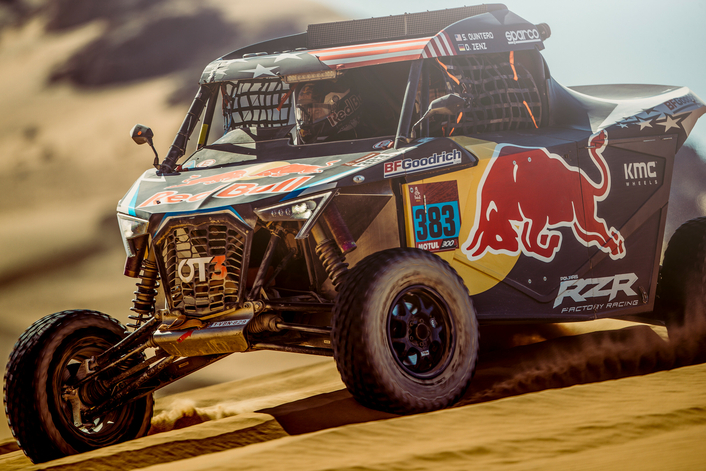 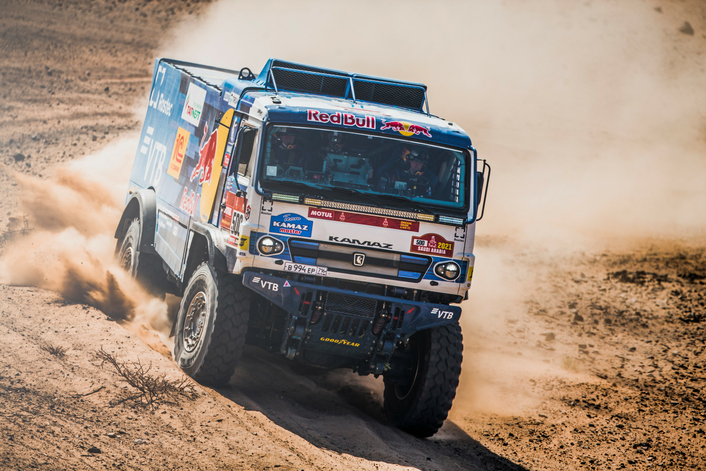