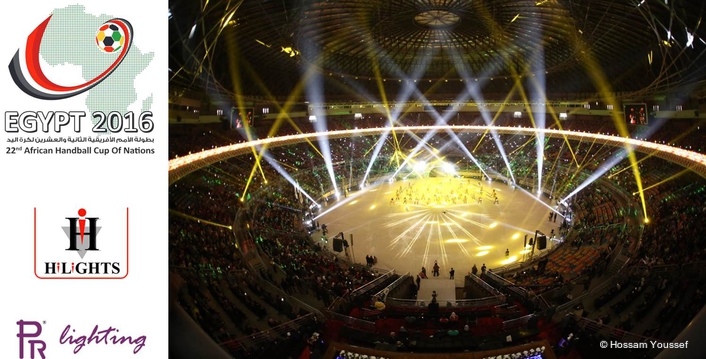 More than 300 LED and discharge fixtures from PR Lighting graced the Cairo Stadium Indoor Halls Complex for the inaugural opening of the 22nd 2016 African Handball Cup of Nations Championship, which took place over ten days at the end of January.

They were deployed by the Chinese manufacturer’s Egyptian partner, Hi-Lights, to meet an inspired concept by Ahmed Arafa, considered the best designer / operator in Egypt.

Hi-Lights themselves are the country’s largest service provider (and one of the biggest throughout the Middle East). They were awarded the contract by the Egyptian Handball Federation & Ministry of Youth and Sports to provide the lighting, sound, video projection and LED screens. 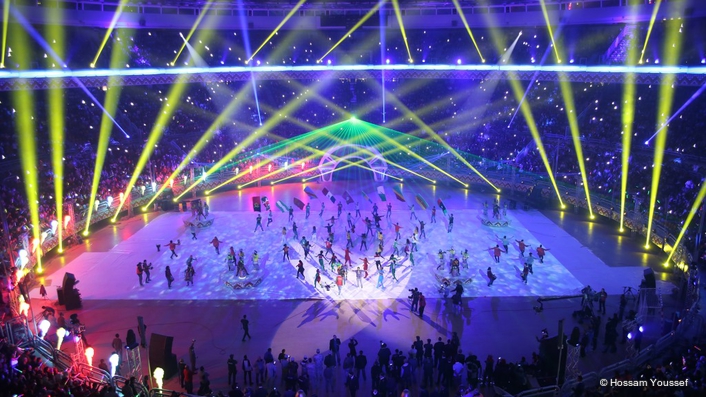 One of several international companies working for the client, their appointment was based on their creativity and quality of service and production over 25 years’ experience.

To illustrate a united ‘Africa — One Hand’ theme, Ahmed Arafa was able to source all his fixture requirements from the Hi-Lights inventory.

“This variety of lighting fixtures from PR gives many options for the designer to really use his imagination and with different programming possibilities,” summarised Hi-Lights CEO, Hamed Arafa.

As a result, the audience of around 12,000, including Egyptian Prime Minister Sherif Ismail, was wowed by a dynamic show, featuring six singers from six different African countries, and with the lighting piloted from a grandMA 2 Full Size and grandMA 2 ultra-light consoles. 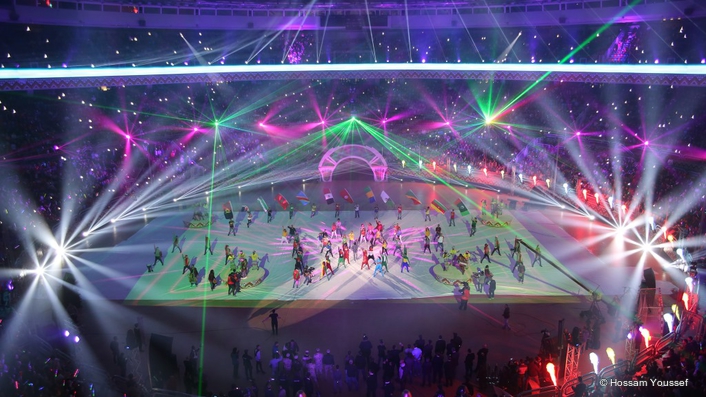 The opening event was indeed a major success and all the fixtures worked flawlessly. The President of Russian Handball Federation, Sergey Shishkarev, for one, said that this had been the best inauguration ceremony he had ever seen.

Taking charge of lighting design for the Closing Ceremony was Tamer Oraby, who followed a similar fixture list — with similar success — merely adding three laser beams. Once again the client was delighted with the show’s dynamics and flawless operation. 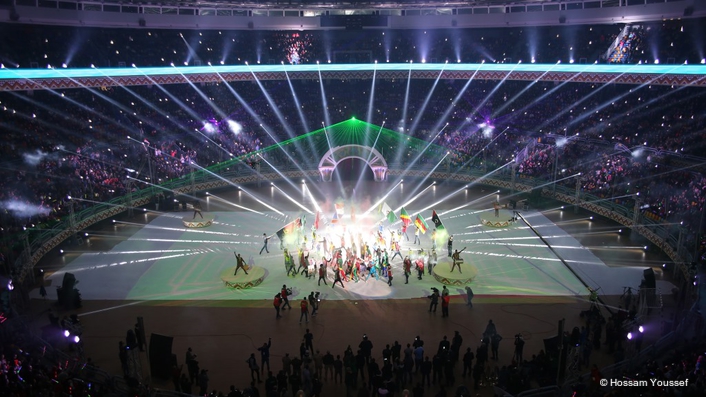 The competition itself serves as the African qualifying tournament for the Summer Olympics 2016 and 2017 World Men’s Handball Championship.