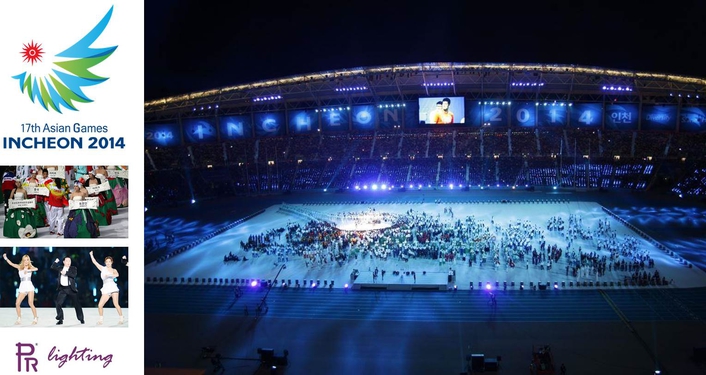 Canlite features around 200 PR heads at Asiad Main Stadium in Incheon
The Incheon Asian Games in Korea is the largest sporting event in Asia — set on an Olympic scale, with around 10,000 athletes from 45 countries representing 36 sports.

For the 17th edition, both the Opening and Closing Ceremonies were held in the 62,000-capacity purpose built Incheon Asiad Main Stadium, with K-Pop stars and Gangnam Style singer Psy headlining the star-studded opening show.

The inventory included more than 100 powerful PR 5000 Spot, Wash and Framing variants — many of them positioned, along with XR 330 Beams on the top of the roof to deliver strident lighting effects directly to the centre of the stage during the music sequences. 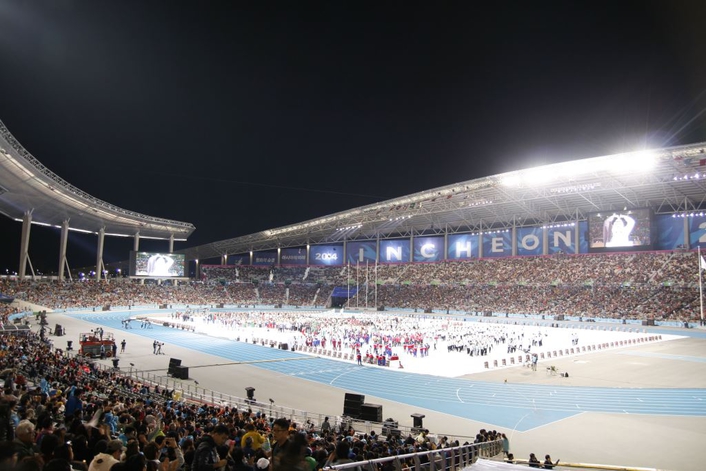 All the fixtures were purchased new and were customised specifically for the Asian Games — but first they had to successfully undergo rigorous quality control and camera tests, with Canllite reporting that the colour palette of the XR 330 Beam and colour temperature comfortably met the standards for demanding TV and camera work.  At the same time, the overall brightness and output of all units also satisfied the technical requirements, while the fixtures were easy to programme at the grandMA2 lighting console.

It is for this reason that Canlite holds a large inventory of PR Lighting pieces, including high end products like the PR 5000 Series, midrange fixtures such as the XR 330 Beam in addition to LED Studio products.

Said Canlite’s Sang Shin Lee, “We chose these fixtures because they are both powerful and fully featured, with advanced functions, reliability and excellent all round performance.” 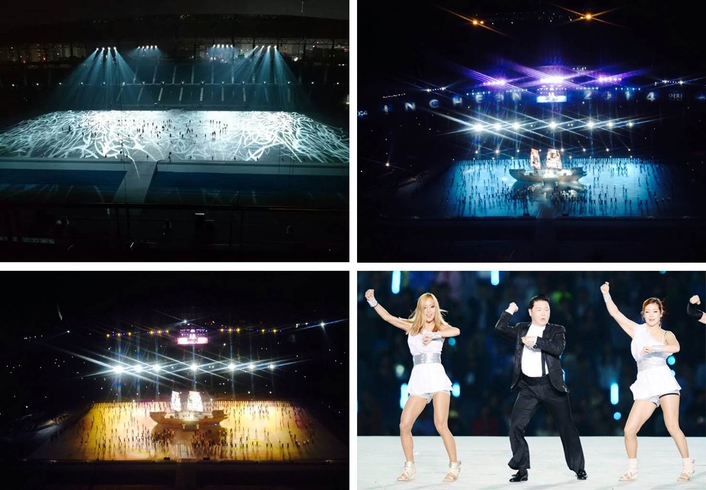 He added that because the PR lights are so bright and easy to handle, fewer fixtures were required to cover the entire stadium. The XR 330 itself has a fast movement and vivid lights, and the wide number of lighting effects generated also proved very useful, noted Sang Shin Lee.

PR Lighting is now becoming accustomed to lighting up large scale spectaculars — most memorably at the Bird’s Nest for the Beijing Olympics. After the Olympics PR again provided a large quantity of pieces to Shanghai World Expo 2010 and Guangzhou Asian Games 2012, as well as other mega events.

Commenting on the event, PR Lighting’s International Assistant Sales Director, Sasha Xiong said, “It is gratifying that once again PR Lighting’s fixtures were selected for such a mega project as the Asian Games and we thank both our customer and lighting designer for investing so much confidence in the brand with this deployment.

“PR Lighting and its products have picked up many plaudits from customers for those large scale events, and this groundswell of praise has given us the confidence and technical competence to advance even further into the high profile events sector."