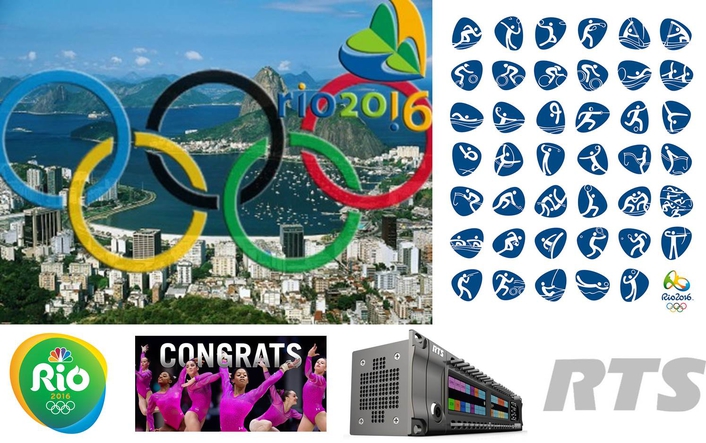 NBC Olympics, a division of the NBC Sports Group, has selected RTS to provide broadcast intercom systems and support for its production of the Games of the XXXI Olympiad, which take place in Rio de Janeiro, Brazil, from August 5 - August 21. The announcement was made by John Pastore, Director of Broadcast Communications for NBC Sports & Olympics and Ralph Strader, Director Global Product Management, RTS.

“We are proud of our long-standing partnership with the NBC team,” says Ralph Strader, “and that RTS continues to be their brand of choice for broadcasting the world’s largest sporting events. The RTS equipment list for NBC’s Olympics coverage in Rio is extensive, including OMNEO, RVON, IP trunking ADAM intercom matrix and intercom panels.”