MotoGP vs the Hahnenkamm: Marquez goes for a spin on snow 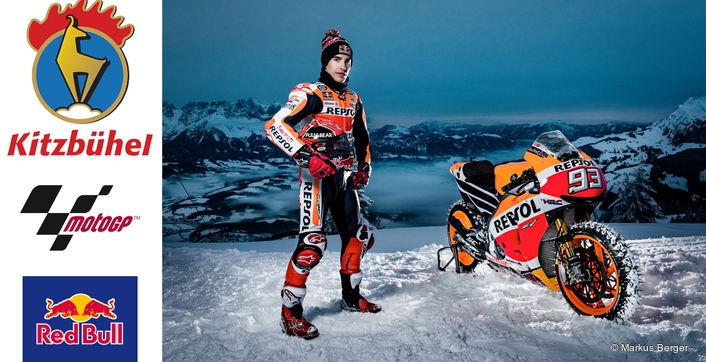 Five time World Champion Marc Marquez (Repsol Honda Team) switched tarmac for snow recently, as the Spaniard took his Honda for a spin in Kitzbühel on the world famous Hahnenkamm.

Snow spikes fitted, the number 93 got some advice from Austrian ice speedway legend Franky Zorn and TV ski pundit Armin Assinger before taking to the Alpine piste, plunging the Honda down the Ehrenbachhöhe in the first run of its kind in the world.

After taking part in the Enduro del Segre event close to home, followed by the Superprestigio Dirt Track event in Barcelona – which he won – the reigning MotoGP™ World Champion brought his winter break to a close in Kitzbühel, now ready for the first pre-season Official MotoGP™ test at Sepang International Circuit, which gets into gear on January 30th.

Marc Marquez: “It was really difficult to keep the bike under control, but I’m young and it’s good fun to try some crazy things!

“We enjoyed it, and we could see after a few runs everything that was possible. The piste was really well prepared. I could really get going and I had a great feeling out there. The grip was unbelievable, even for a wheelie!” 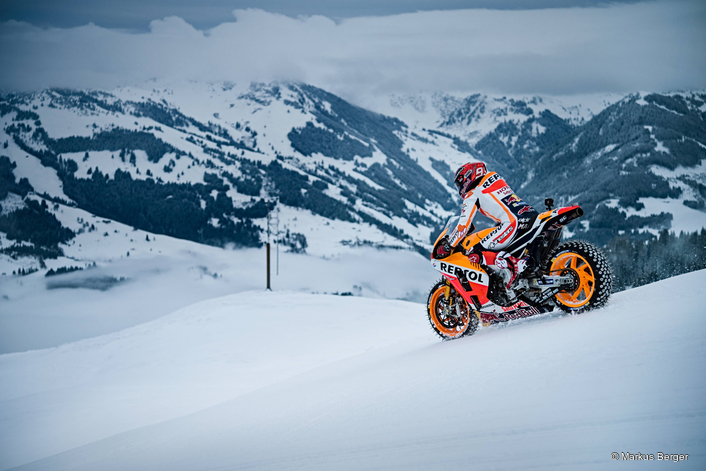