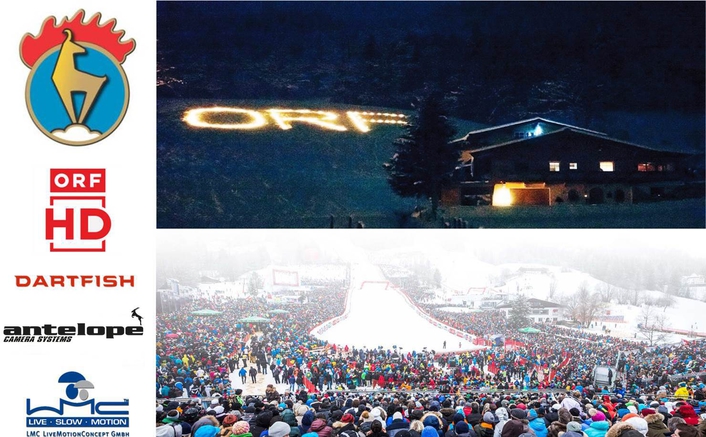 Once again LMC LiveMotionConcept supplied multiple Antelope UltraSlowMotion Cameras and Analysis tools at the most prestigious Alpine Skiing Event. ORF Austrian Television produced both the World Feed and  the unilateral national feed of the 76. edition of the world famous Hahnenkamm Race in Kitzbuehel, Tyrolia.

This year´s production exceeded previous production standards and UltraSlowMotion cameras played a major role during the TV production. TV Director Michael Koegler carefully selected the Antelope camera positions to get as many replays from many vantage points to show both action sequences and emotional shots from the athletes and the crowd. At the 2015 Alpine Skiing World Championships in Beaver Creek, Colorado he already used Antelopes from Start to Finish to get both a variety of replays in high-speed but also to have a higher chance of displaying what result a slight mistake on the track might cause timing-wise. 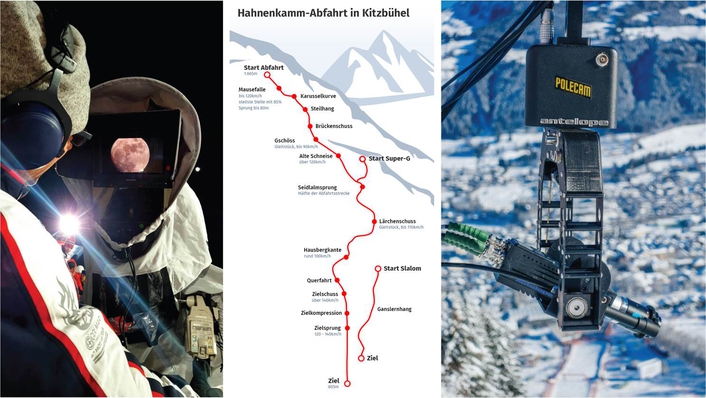 ORF chose 5 Antelope MkIIs cameras - 3 were on tripods one was operated as a hand-held system to achieve maximum dynamics during replays of the fastest athletes in alpine skiing and one was mounted to a 8m GF8 crane with a Minimote Remote Head. Additionally 2 Antelope PICOS V3 were attached to Polecams and operated at multiple positions from startgate to finish line. 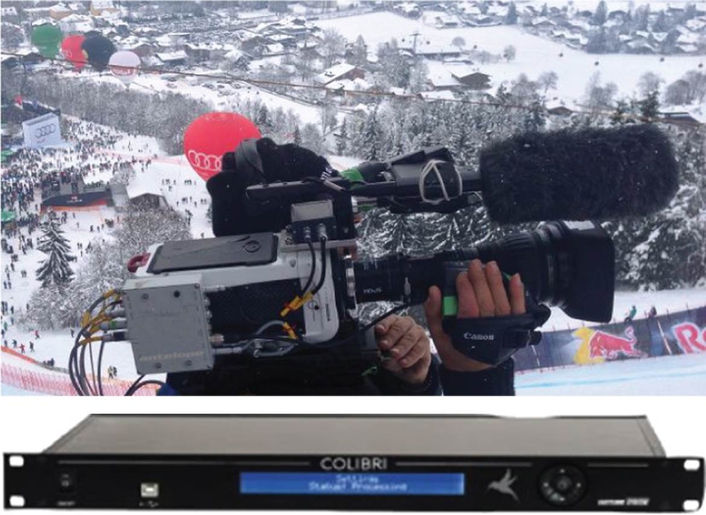 All Antelope cameras were moved along the race track to be able to shoot from the best vantage points during Downhill, SuperG and Slalom events. "We are used to this kind of operation" says Nikolai Bonstedt, Head of Operations of LMC at the Hahnenkamm Race. "We know the helicopter crew and the technical staff from ORF for such a long time now and everybody knows what needs to be done to keep logistics to a minimum and to avoid headaches on site". For the 2nd run of the Combined event which took place after sunset, LMC supplied Antelope Camera System´s brand-new latest deflicker solution. The  FPGA "Colibri" deflicker system is based on a 1U unit featuring automatic calibration and real-time
deflickering  supporting  all  frame  rates. 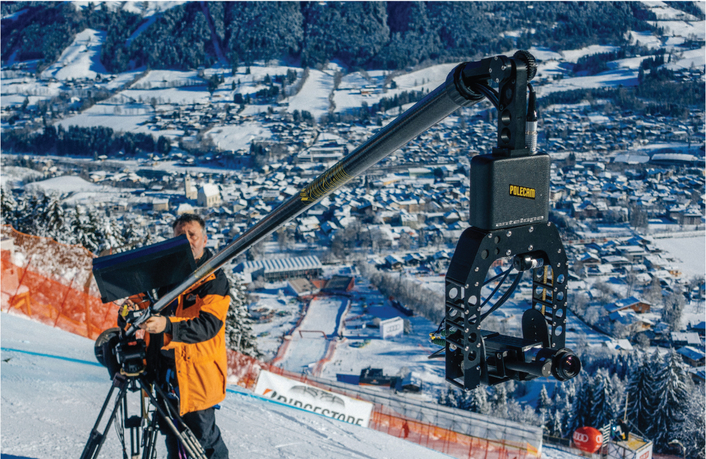 The Antelope PICO systems  were all  mounted to  Polecams.  The  additional  movement of the broom and the P/T head  spiced up the  350 fps replays.  One system  was positioned right inside the  Redbull gate at the famous  Hausbergkante where only a highspeed camera can show the dynamics of the hellhounds chasing down one of the fastest skiing slopes. All replay operations as well as the engineering was handled by LMC staff out of two mobile production vehicles connected to the World Feed OB Truck from ORF Austrian Television. For the national ORF feed LMC supplied an interactive touch screen panel which was positioned in the studio. Replays and other video  sequences  were illustrated  live by the  commentators and experts to give  the viewers at  home detailed insights of all action on the race track. 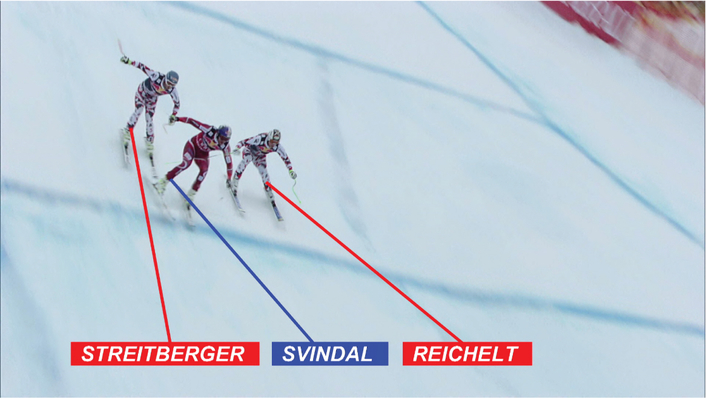 To show what a difference a split second means at the Hahnenkamm Race, LMC supplied and operated a Dartfish Simulcam system. Highlight of the weekend was a Simulcam Analysis which showed three of the best racers crashing at the same part of the race track. To achieve in depth analysis LMC switches multiple isolated cameras on their own mixer to generate a synced clip of up to three cameras. The Dartfish system then computes fore- and background, identifies the racers as ob- jects and creates a single clip with multiple athletes at the same part of the slope.