The passing of each El Clásico leaves in its wake — without exception — a brand new chapter in the annals of history documenting the grandest of rivalries: Futbol Club Barcelona versus Real Madrid.

Saturday night’s match at Camp Nou, however, was more than just another episode. It was an epic game that had it all — a tear-inducing pre-game tribute to the recently passed Johan Cruyff and a minute of silence, frighteningly fearless tackling, heart-stopping end-to-end play and, somewhat surprisingly, a tight, evenly matched encounter standing in juxtaposition to an uncommonly large gap between the two arch-rivals in the league table.

Nevertheless, the biggest jolt of all came when the game ended in a shocking 2–1 upset victory for Real Madrid. 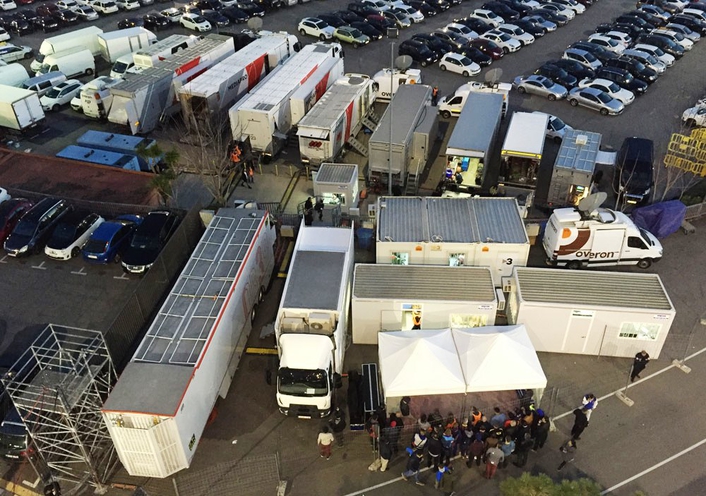 A 300-strong team equipped with 7 OB vans, 6 DSNG’s and 35 cameras set up in the Camp Nou covered the game 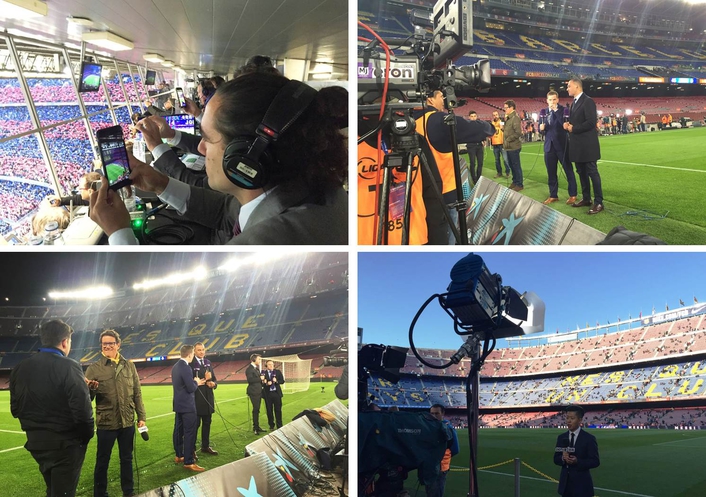 The big international networks received the broadcast signal for their viewers from China, Japan to Mexico, Argentina and Brazil as well as all around Europe and Africa and the USA: ESPN, SKY, beIN, WOWOW, Sport 1, C+, FOX, PPTV, Viasat and DGSport, among many others. High-profile commentators at the Camp Nou included Eric Abidal (beIN SPORTS France), Ruud Gullit (beIN SPORTS USA), Fabio Capello (FOX Italy) and Patrick M’Boma (Canal+ Africa).

In order to guarantee the very best coverage with the highest picture quality, a 300 strong Mediapro team with 7 OB vans, one of which was equipped with 8 4K cameras and 1 Ultra Slow, 6 DSNG’s for satellite broadcast and 35 cameras set up inside the Camp Nou. 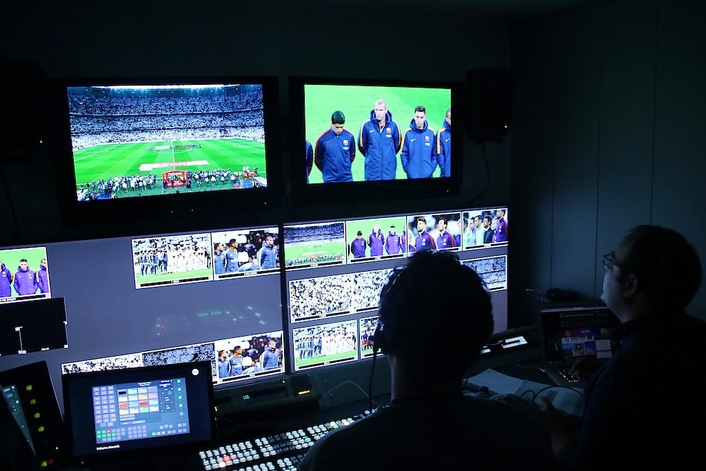 The match was available live in 4K in Spain via VodafoneTV (an IPTV service) and Movistar+ (an IPTV and satellite platform). It was also available via other broadcasters in 4K but not as a live match. In addition, Mediapro was working with NeuLion to distribute the match in 4K directly to smart TV sets. Streaming the Clasico soccer match live in 4K for the first time was a new milestone in the end-to-end delivery of live 4K sports to Internet-connected devices.