Barça went down 3-1 in Madrid on Saturday’s first Clasico of the season
EVS, the leading provider of live video solutions, has collaborated with leading European technical services provider, Mediapro, for cutting-edge live production for El Clásico. During the latest El Clásico football match between Real Madrid CF and FC Barcelona, the host broadcaster used 27 cameras, 4K technology and instant multi-angle review. The match was broadcast to over 400 million viewers in more than 100 countries.

Despite a dream start, when Neymar swept home an early opener, Barça went down 3-1 in Madrid on Saturday’s first Clasico of the season in a game in which Luis Suarez made his official debut and Claudio Bravo finally conceded. Luis Enrique admitted that Real Madrid were superior this evening in their 3-1 victory at the Bernabeu. "I was looking for a different type of game, not so open, and with better defence on our behalf." The Barça manager knows there are mistakes that need correcting after Madrid turned around Neymar's initial goal. "We started out well but then they had clearer chances. We could have made it 2-0, but overall it was a tough first half." 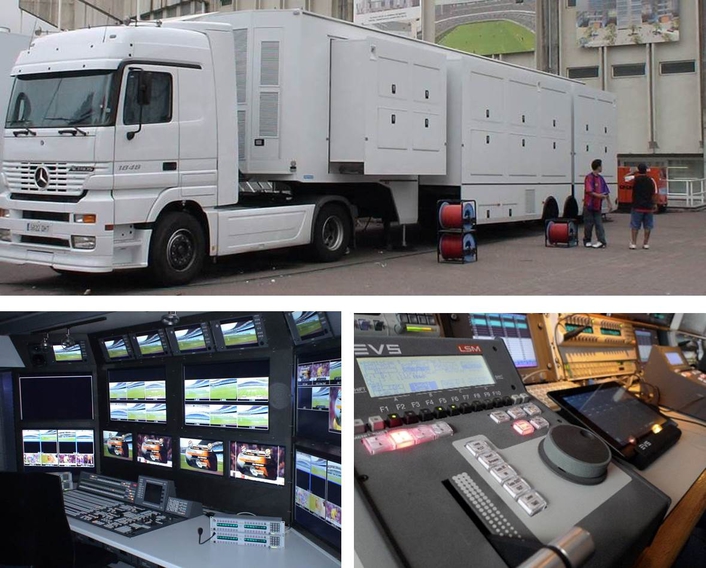 El Clásico is one of the most important football events of the year with the technical deployment and media interest equal to that of a Champions League final. Once again, Mediapro produced the international HD broadcast signal for TV rights-holders and international networks, including Canal+ Sweden, Canal+ Norway, OTE Greece, Belgacom, ESPN Sur and Fox Sports Italy. Canal+ Poland, ESPN Brasil and the beIN Sports network also had their own OB and DSNG vans at the Santiago Bernabeu stadium for customized services. In all, more than 100 cameras covered the game with a total of nine OB vans deployed on the TV compound.

As the host broadcaster, Mediapro’s OBVan 23 was equipped with a total of six EVS XT3 servers (each with up to eight HD/SD channels) that can record and replay 48 HD feeds simultaneously, all connected via EVS’ exclusive live sharing 3G-Xnet network. Eight replay operators used the EVS Live Slow Motion remote control panels within the truck to capture and replay crucial parts of play from all camera angles.

For the second time, Mediapro implemented EVS’ XT3 4K server to record two 4K cameras, both at a fixed position offering wide angles covering the entire pitch. Additionally, EVS Epsio Zoom was used to provide replay in HD zooming taken from the 4K image to show details of each incident, goal and reaction without the risk of losing a single detail.

This match also featured the new EVS MultiReview tool that enables advanced multi-view of up to 32 feeds at a time on a single screen with the ability to search/review all of them simultaneously. This provided the director’s team the comfort and security of knowing that they always have the best angle captured. MultiReview also ingests the enriched feed coming from Epsio Zoom.

Dani Lozano, match director of El Clásico said, “Thanks to the unique features that the MultiReview offers, we were able to find unseen sequences and images from match flashpoints. By using this tool we could really improve the way highlights were presented and also create special stories. During the live coverage, MulitReview was used several times to obtain different angles of the action and the operator created a large playlist which included nice angles for post-match analysis.”

Mediapro also deployed two EVS XFly portable storage solutions to back up eight feeds from the servers and carry them to their production center in Barcelona. The feeds were then used to create a multi-camera edit of the game to present the story in a different way for GOL T channel. 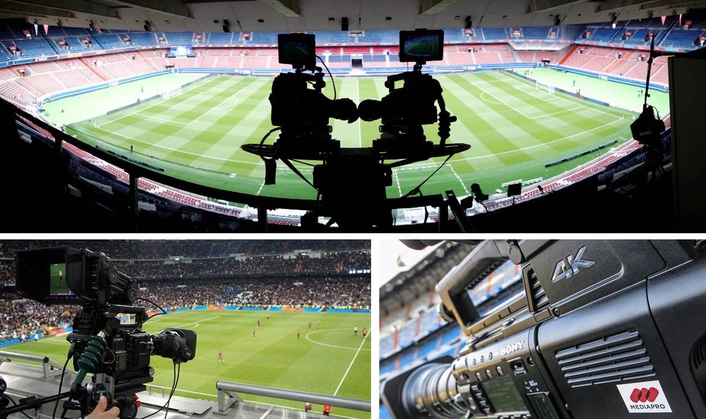 To make the entire workflow possible, EVS’ engineering team worked closely with the technical team at Mediapro to implement it within the OBVan. Through this process, what is one of the most technically complex sport productions became easy and efficient for all of the production team.