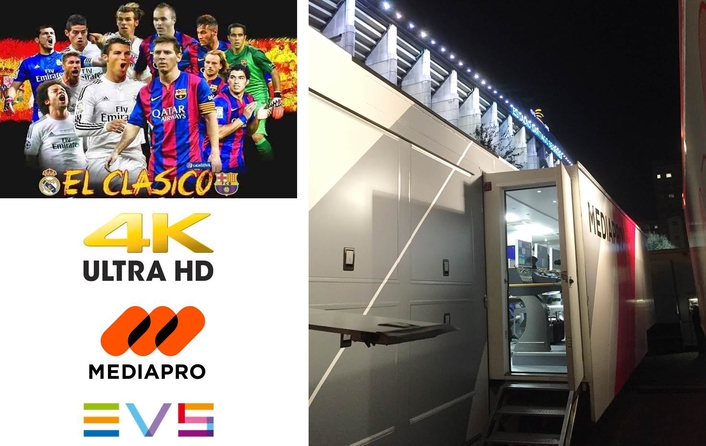 As a leading provider of technical, production and distribution services, the MEDIAPRO Group knows what it takes to produce a great live production. Having been a customer of EVS for over 20 years, it understands the importance of using the right equipment in the unforgiving live environment.

El Clásico is a clash between Spain’s two biggest clubs Real Madrid CF and FC Barcelona, and one of the biggest and most prestigious matches in world football. The first El Clásico of the 2015/2016 La Liga season was played in Madrid in November. In charge of producing the host broadcast feed for the game, MEDIAPRO wanted to broadcast feeds in both HD and Ultra-HD. To do this, it installed a number of EVS technologies to enable the production.

The Challenge
After a series of trials into the best way of undertaking a UHD production workflow of this kind, MEDIAPRO decided to deploy two separate OB facilities to Real Madrid’s Santiago Bernabéu Stadium to produce this El Clásico.

The UHD signal was undertaken by MEDIAPROs OB39 outside broadcast vehicle and delivered via a Hispasat satellite to operators in Germany, Switzerland and Hong-Kong. For the higher resolution broadcast, MEDIAPRO needed to be sure it had reliable equipment that had been tested in a UHD workflow. With any 4K production – whether it’s an equipment trial or live broadcast – technical crews need to be sure they can rely on the workflow to deliver more content in this higher resolution. 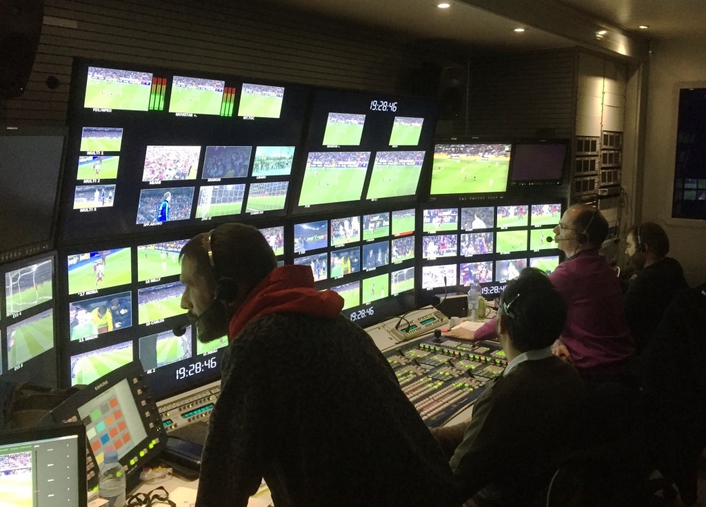 Simultaneously, the HD signal was produced by MEDIAPRO’s HD23 OB facility and broadcast around the world to 170 countries where it was watched by an estimated audience of 400 million viewers. Because of the content-rich feeds consumed by today’s sports fans, MEDIAPRO also wanted to be able to provide as much insight into the action as possible. To do this, it needed a workflow that gave a seamless production workflow while also allowing the editorial team to be as creative as possible.

The Solution
In order to produce this enriched broadcast, workflows within OB39 and HD23 featured a number of live production solutions from EVS to enrich and enhance the broadcasts. The workflow in OB39 featured XT3 live production servers in 4K mode which together ingested ten UHD camera feeds. These were fed from ten Panasonic AK-UC3000 cameras encoding in DNxHD and were connected to LSM remote control panels. With these in place, operators are given the most reactive live editing solution to allow the production of slow motion replays in the broadcast.

To manage content ingested by EVS’ servers, OB39 was also integrated with XFile3, EVS’ management tool for inbound and outbound archive needs. Within OB39 it was used to store and backup the broadcast feed, the ten unedited UHD camera feeds and the created highlights. Using XFile3 in OB39 allows for its engineers to easily monitor and manage all of the file transfers within the workflow through a single, easy-to-use interface.

HD23 was integrated with a number of different EVS solutions including live production servers, LSM Connect, Epsio Live and Epsio Zoom, MultiReview and XFly2. It featured multiple XT3 live production servers – twinned with LSM remote control panels - which were configured for El Clásico to ingest 24 HD camera feeds. Two of these camera feeds were ingested from Grass Valley’s LDX 86 HiSpeed cameras. The combination of these high speed cameras and the production’s HD cameras allowed for the production of both slow motion and super slow motion replays. When integrated with the LSM remotes, the LDX 86 HiSpeed cameras could produce up to three times slow motion replays.

To swiftly select clips created by the XT3 servers and LSM remotes, MEDIAPRO also implemented LSM Connect – the tablet-based solution for clip and playlist management. Used in the workflow to easily create and manage a playlist of replays and highlights, LSM Connect is the perfect application for getting content ready for post-game analysis and program closers. 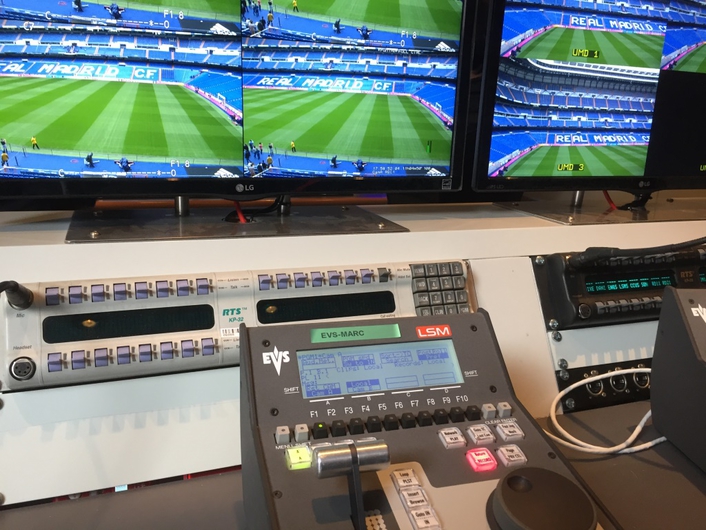 To enable its operators to enrich the broadcast further, MEDIAPRO also installed Epsio Live and Epsio Zoom into HD23. Epsio Live allows the LSM operator to quickly and easily insert graphic overlays to the instant replays, including offside lines. Epsio Zoom allows operators to utilize UHD footage by zooming in to a particular section of the picture. Even when zoomed in up to four times, the image remains in full HD quality. This application allows the LSM operator to focus on particular things in replays - giving audiences at home even more insight into all the action of El Clásico. 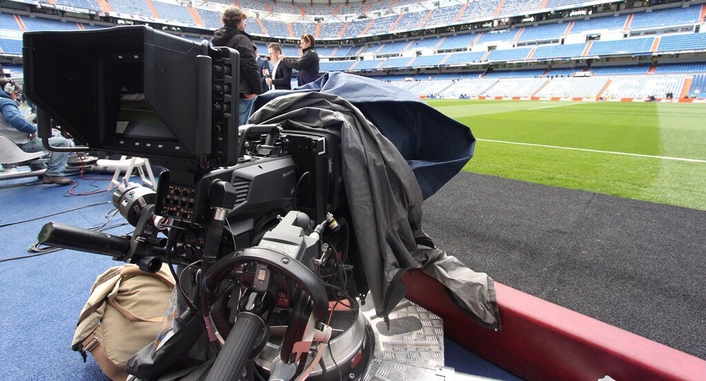 EVS’ MultiReview tool was also installed in the workflow to let operators and directors view up to 12 different camera angles on a single display. A constant overview of the camera feeds allowed them to decide which angles would look best in a slow motion replay – allowing faster critical content selections.

In order to stream and backup all 24 camera feeds, edited replays and the broadcast program feed, MEDIAPRO also installed XFly2 – the portable storage platform from EVS. Having this in place allows the production to benefit from ultra-fast streaming to make content quickly available for post-show edits and analysis programs.

Results
Utilizing EVS technology in this way provided MEDIAPRO with many benefits to the technical workflow as well as to the editorial process across both the HD and UHD broadcasts. OB39’s use of XT3 servers in 4K mode gave operators the same, familiar functionality for instant replay production that would be used when working in a HD workflow. When implementing infrastructures for a new technology like 4K broadcasts, technical operators need to be sure that the systems are reliable.

Having a setup which is familiar in this way lets MEDIAPRO’s engineers put their trust in the solutions they’re using – even if it is for a broadcast utilizing a new resolution. “Using EVS’ XT3 servers allows us to replay multiple UHD feeds as we would in an HD production,” explained Daniel Lozano Rosales, director of MEDIAPROs 4K production. “After conducting a number of trials in Spain and Turkey, we felt confident that we could successfully broadcast in UHD with the EVS systems in place. Without a doubt the technology came through for us. MEDIAPRO has enjoyed a long relationship with EVS and we’re always very pleased with the performance of EVS technology.”

Being able to utilize 4K content as part of an HD broadcast is another benefit of using EVS equipment in a UHD workflow. The implementation of Epsio Zoom lets the audience get even closer to the action. Zooming in to a 4K image by up to four times gives the EVS operator the option to use a wider camera angle to create more than one replay by focusing on different elements of the screen. This gives the audience more content to consume, enriching MEDIAPRO’s programming even further. 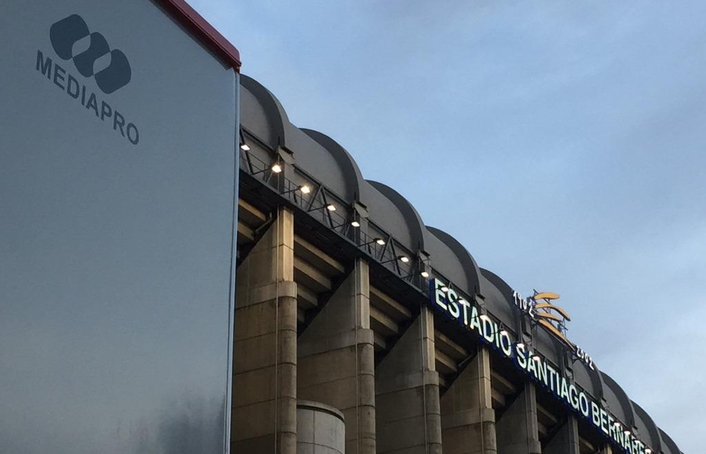 This content enrichment is important as audiences have become used to information-rich broadcasts. MEDIAPRO’s inclusion of Epsio Live and the graphics it enables has allowed them to extend this enrichment and give its audiences more insight into the on-field action. Having access to this extended information brings the football fans even closer.

Having a technical workflow which is completely seamless, lets directors and editorial staff concentrate on the creative decisions they need to make. Having MultiReview, LSM Connect and XFly2 installed in the workflow enables just that.

“El Clásico is always a fast-paced game with lots of action and talking points,” said Oscar Lago Dominguez, director of MEDIAPRO’s HD production. “Using EVS’ live tools allows us to tell the story of the match differently. They let me make editorial decisions faster and with greater confidence. With these tools in place, I know I’ve chosen the right angle or clip that best reflects what’s happening on the pitch.”

Having been a long-time customer, MEDIAPRO knows that including EVS technology in its workflow will have many benefits. The solutions included in both OB39 and HD23 not only have enabled a 4K first for El Clásico, but have also allowed MEDIAPRO to enhance its HD broadcasts. 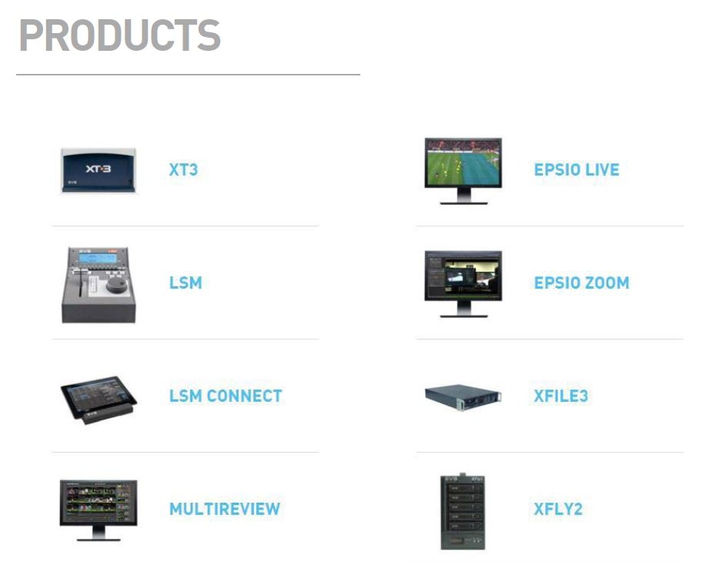