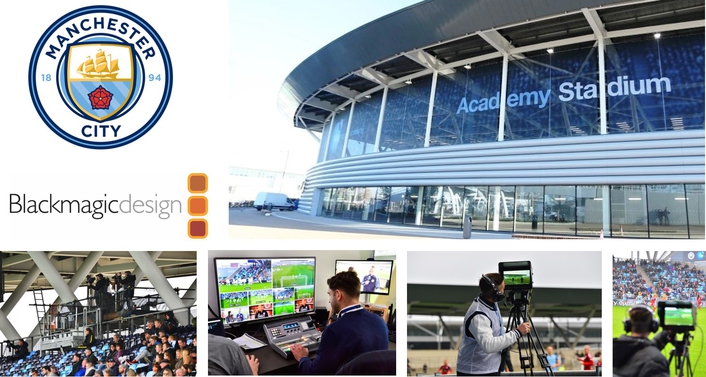 Blackmagic Design today announced that Manchester City Football Club has integrated a solution featuring Blackmagic Design infrastructure products to handle all aspects of video production across its Academy Stadium, which is located at its elite training and youth development facility, the City Football Academy.

As well as delivering big screen content during the club’s Under 21, Under 23 and Women’s Super League fixtures, the system, built around four Blackmagic Studio Cameras, ATEM 1 M/E Production Studio 4K and Smart Videohub 40x40, is also the main production hub for streaming matches via Facebook Live. 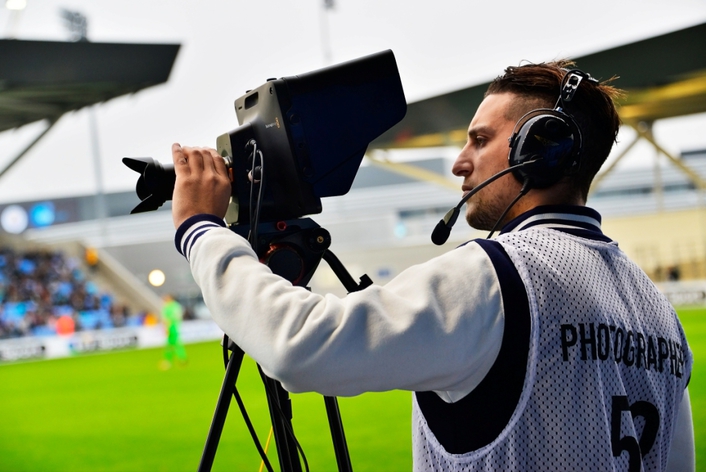 The solution, which was delivered by Timeline TV, produces two mixes during games; one which is fed to the stadium’s 15m2 jumbo screen and through to broadcasters, and one for the club’s streaming channels.

“Our brief for the install reflected the ways in which sporting events coverage has evolved over the past few years. From the outset we required a solution that would allow us to share the action on the pitch, not only with those watching at the Academy Stadium but also to the club’s international fans across the globe,” explains Paula Livsley, Production Manager, Manchester City. 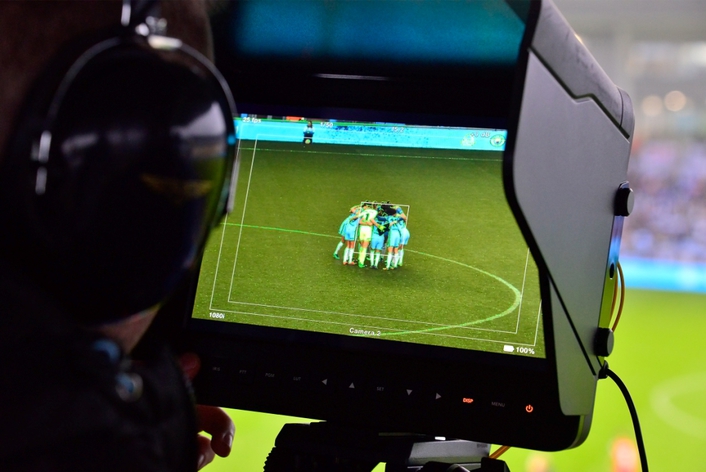 “The production crew on any given match day could number up to fifteen people depending on the game, including camera operators for the four camera positions, located pitch side and in the gantries, as well as commentators and graphics producers. The fundamental difference between our two feeds is the graphics overlays and analytical information added to our programs which we create on the ATEM switchers. As well as the camera feeds, we also add in instant replays and contentious review footage during the matches,” continues Paula Livsley. 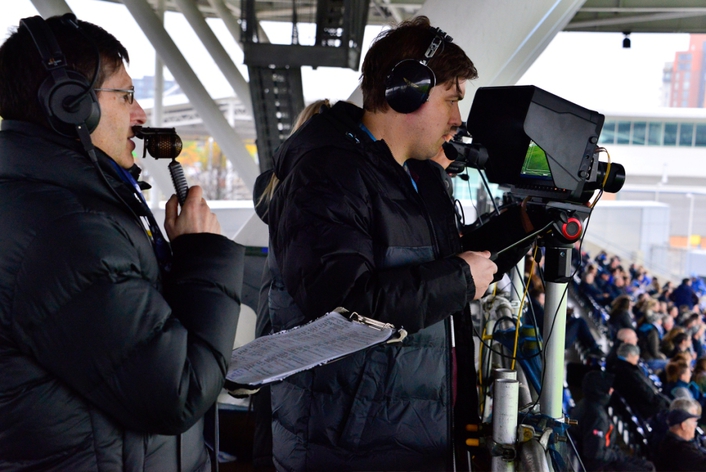 Before and after games the team also produces player interviews and additional exclusive content, which are predominately screened on Manchester City’s media channels.

Livsley added, “Blackmagic’s Studio Cameras can be pole or tripod mounted, and produce excellent image quality whether outdoors in the stadium or when in use during a studio shoot. Within the stadium, we rely on optical fiber to connect our camera positions to the main production gallery. Each location is equipped with its own ATEM Camera Converter while an ATEM Talkback Converter 4K in the control room closes the loop and allows for talkback and tally using the same optical fiber runs.” 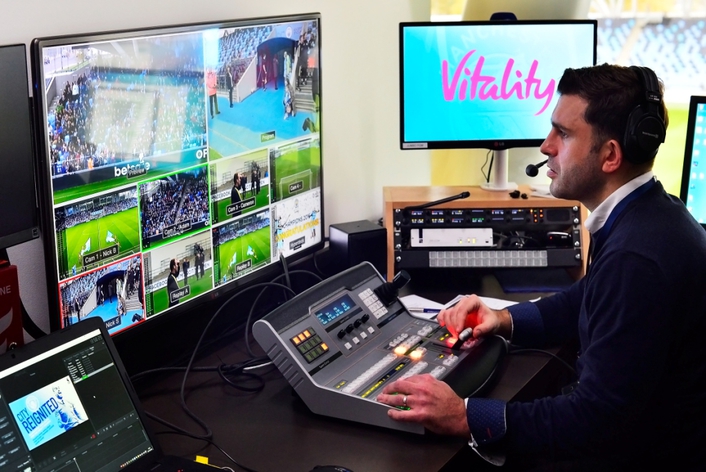 All of the signal management throughout the Manchester City Academy Stadium relies on a Blackmagic Smart Videohub 40 x 40, which forms the central hub for the stadium’s fiber infrastructure.

The matches being streamed on Facebook Live are already attracting big audiences, and the Club hopes the numbers will continue to grow. “This installation demonstrates the variety of distribution channels that we as a club can now harness to help fans watch their team in action,” concludes Paula Livsley. “The solution we’ve built around Blackmagic gives us all the flexibility required for a traditional stadium install, but also allows us to meet our growing needs as a content publisher. Timeline TV played an essential role in the design and implementation of an incredibly powerful and reliable system within our budget.” 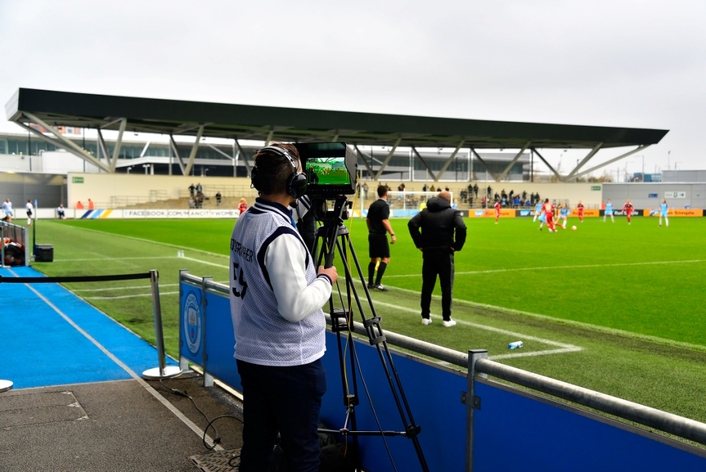