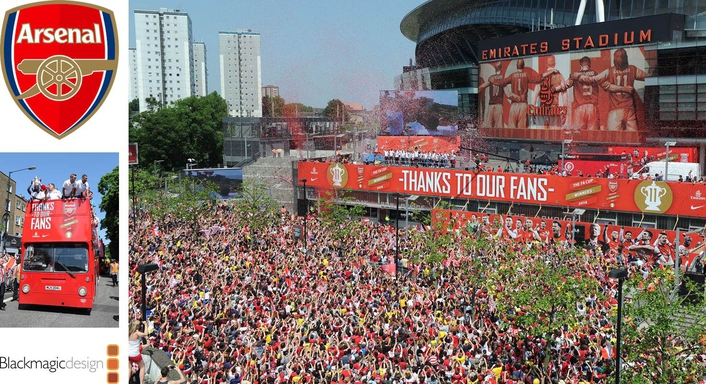 Due to the scale of the production, coverage of the event was split in two. The first was an OB involving a presenter interacting with fans outside the clubs flagship store, the Armoury, as part of the Arsenal Player show and rolling in VTs. Presenter Nigel Mitchell also had to interact with presenters from inside the Emirates  who were involved in a second production looking back at the club’s FA Cup run.

The live production workflow had to ensure that not only could every part of the production chain communicate effectively, but more importantly, be able to get the vision from an outside broadcast (OB) to television studio underneath the Emirates, allowing talent and directors to see and make a call on everything that was happening.

“Five camera channels with talkback and a live camera feed from the Sky Sports helicopter overhead were fed via a Blackmagic Design 12x12 Smart Videohub 4K router into an ATEM 1 M/E Production Studio 4K where a program mix was created. Pushing that output back down to our main studio, we could then provide access to the OB program for playout on the worlds largest mobile LED screen,”  explained AMG production manager Petro Mnych. “We also provided isolated monitoring feeds of each camera on a series of SmartView HD and SmartScope Duo 4K monitors while three HyperDeck Studio Pro SSD recorders allowed us to record all five channels for use in post production.” 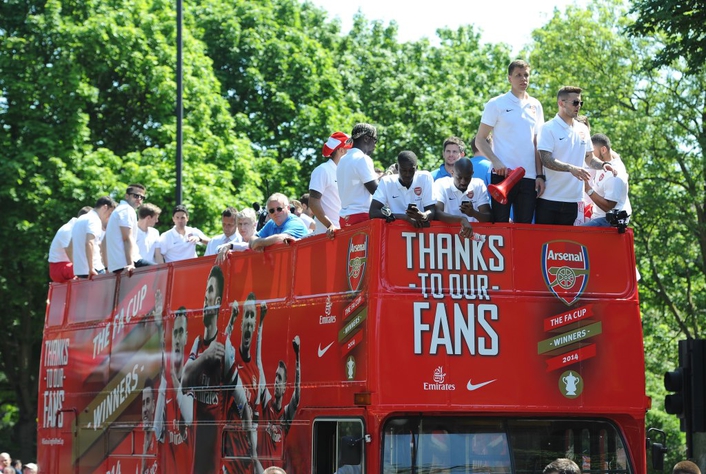 Adding: “In all we used three drums of armored fiber optic, totaling around 1200 meters, to link the OB via a series of fiber tie lines to a Blackmagic Compact Videohub router and vision mixer in our studio underneath the Emirates. We had a triax based talkback and tally solution allowing each element of the production to communicate and a backup fiber solution based around the ATEM Studio Converter and ATEM Camera Converter.” 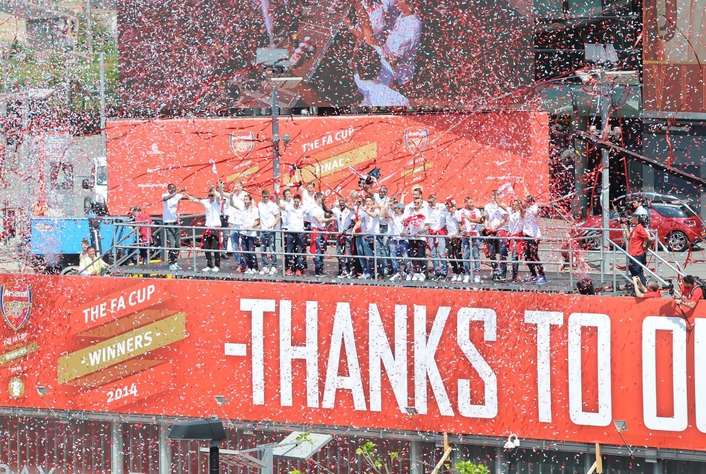 “The main product we delivered was a live video feed for fans gathering outside the stadium, which we played out on a massive 100m2 LED screen, and a second smaller 25m2  screen. Our online stream was just as important in terms of the club’s digital membership. We had one hundred thousand supporters watching live online at the same time, and over the course of three hours our total audience was closer to two hundred thousand,” said Mnych. “That is massive for a one day live event and Blackmagic Design was a key component in ensuring we could give our fans the very best possible product on the day.”