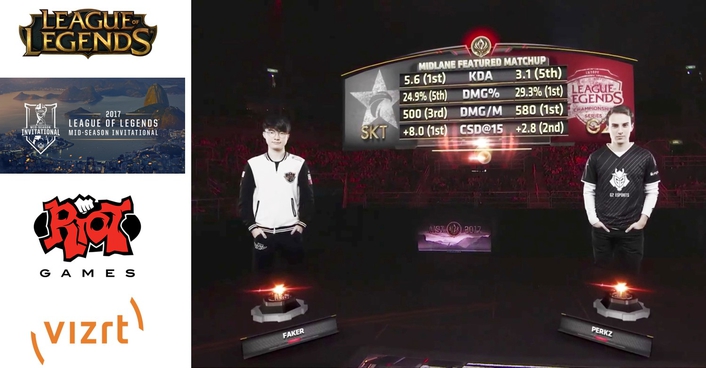 The League of Legends Mid-Season Invitational (MSI) was held in May in Rio de Janeiro and São Paulo in Brazil, produced by the Esports Broadcast team at Riot Games, a videogame developer and publisher. The event—the first major international League of Legends tournament in Brazil—attracted thousands of fans onsite and many more online. The event was a mid season tournament with winners from regional leagues, whose regional places at the end of their regular season dictate whether or not they qualify to face off for the 2017 League of Legends World Championships, set to be held in four separate locations across China in November of 2017.

In Brazil, the Esports Broadcast team staged the 3-round MSI tournament while streaming it live on the Internet via various online media platforms. The tournament included a group knockout stage, followed by a best of five semi-finals and finals. 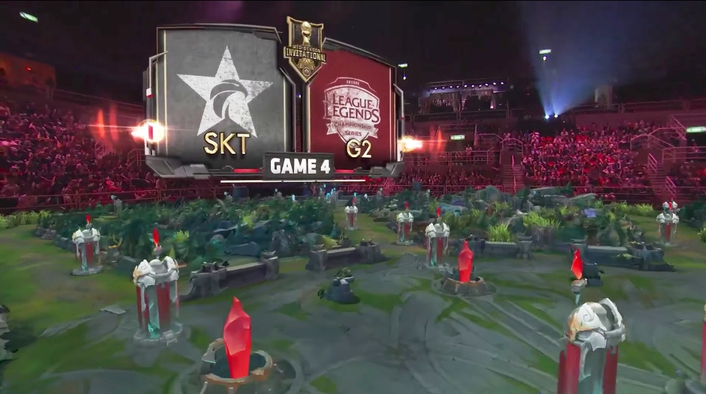 “Fans of traditional sports have become accustomed to seeing impressive augmented reality (AR) graphics used during major events,” said David Jorba, President of Vizrt Americas. “The same AR capabilities can be added to Esports with an additional layer of game strategy analysis which pairs extremely well with some of the existing traditional sports analysis tools we provide.”

Before each show, the producers and presenters would go through the stories they want to tell and then develop the graphics to help tell those stories. The graphics producers and operators then used Viz Trio to build out the fullscreens, lower thirds, and augmented reality graphics using templates in a playlist. The AR operator worked with the Jib operators to setup shots, position the graphics in the real world, and pitch the ideas to the director and show producers. The ability to position the AR graphics in real-time made getting made production easier. 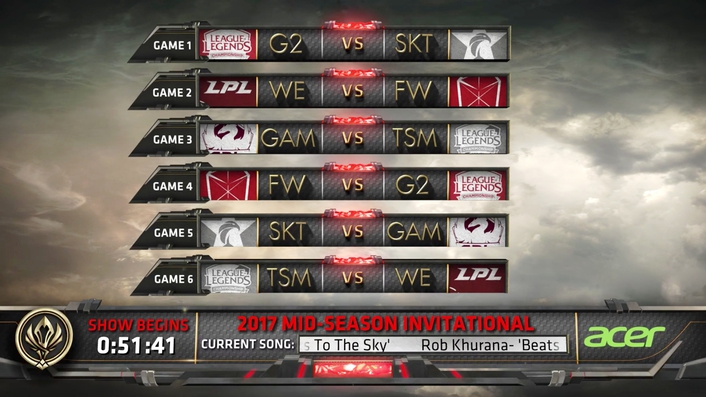 Having multiple dedicated Viz Engines allowed for the production team to explore multiple variations of the same graphics each round, as the placement of the graphics on-screen changed from round to round. The graphics team onsite was able to quickly create and manipulate pre-defined graphics templates (including full screen and lower third graphics elements supplied by Reality Check Systems) to create new variations between the early rounds and the finals with a laptop. 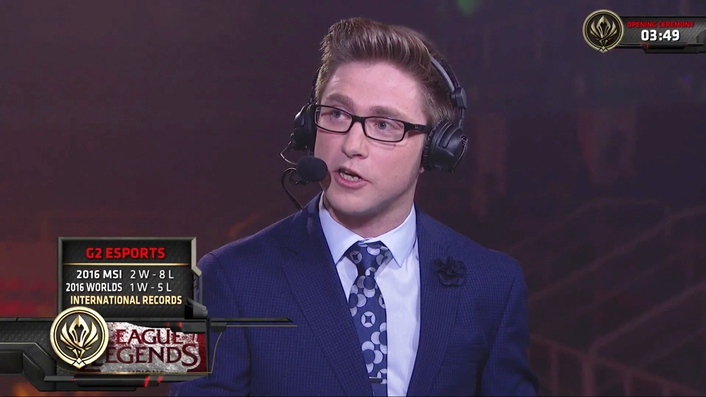 The AR system generating the graphics was comprised of a laptop running Viz Trio software that was used to control two Viz Virtual Studio systems. Viz Virtual Studio allowed a single operator to handle the complex production, which would normally require a team of operators. The AR graphics were used to display key tournament elements during the event, such as the game’s 3D Rift; Matchup IDs; Team Lineups; Promos; Comparison Stats; and the game-specific Champion Selection results.

Mechanical tracking was chosen for the event based on stYpe’s proven experience in working within large arenas. A Cammate camera system and Jimmy Jib crane were provided by the Esports Broadcast team, while stYpe added its bolt-on camera tracking technology to enable the graphics to be in sync with the live action. Every graphic was available on each Viz Engine, controlled individually on two separate cameras mounted on the jibs. The technology was key to providing a familiar game-like live experience for fans within the arena and at home.

“Individual Viz Engines were dedicated for each jib, facilitating a fast workflow and an ability to cut between AR cameras naturally,” said Grant Werle, the U.S.-based General Manager of Girraphic, “ensuring that Esports Broadcast’s production crew had an effective, yet manageable solution for their AR debut.” 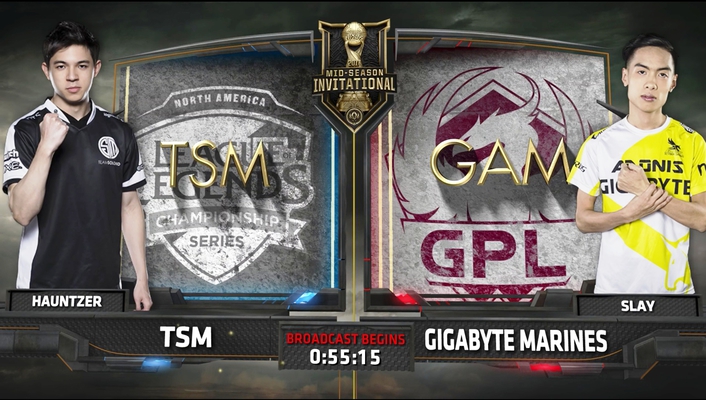 Girraphic was hired to assist the Esports Broadcast team in its first foray into AR graphics and hardware, helping set up the stYpe tracking system in tandem with the two jibs on site. The stYpe tracking data was sent from the two Jibs to Viz Virtual Studio and Viz Engine via a direct fiber line before being displayed on the large screens in the venue as well as the thousands of screens at home.

Grant Werle added that the AR elements bring a creative new tool to a production, simultaneously increasing both their show production value and the viewer experience. 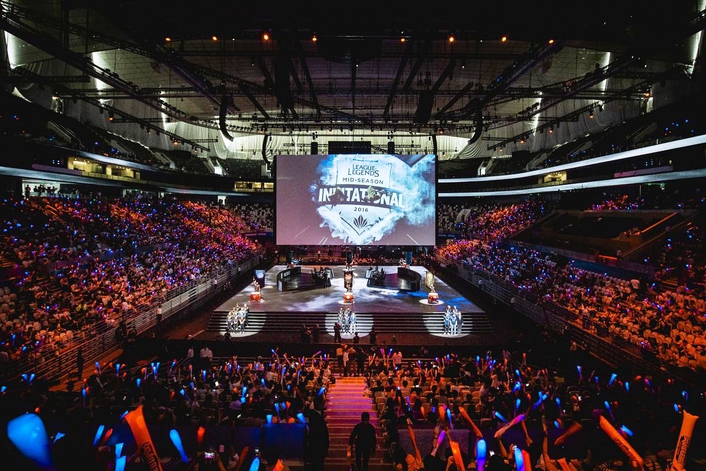 “At the start of MSI, the AR was used to tell traditional statistical comparisons and promote upcoming games,” Grant Werle said. “Harnessing the power of real-time and onsite artists, we were able to collaborate with our partner and tailor their graphics as the event unfolded. Ultimately the creation of useful analytical tools will best benefit a client. Adding the ability to tell stories with AR provides a compelling case for the audience.”