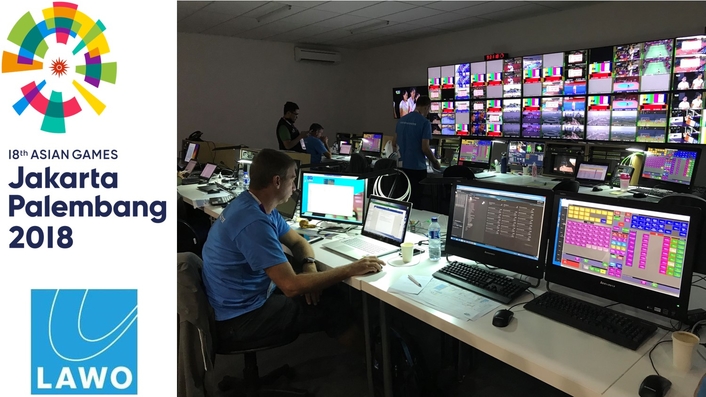 Held concurrently in Jakarta and Palembang for the first time in their history, the 18th Asian Games ended in September with a closing ceremony in the Indonesia state capital of Jakarta where their opening ceremony had been staged 15 days earlier. The 18th Asian Games Jakarta-Palembang 2018 – widely called the "Olympic Games of Asia" – includes disciplines practiced only in Asia. In addition to the well-known Olympic sports, dragon boating and the Chinese martial art of Wushu were among those contested. 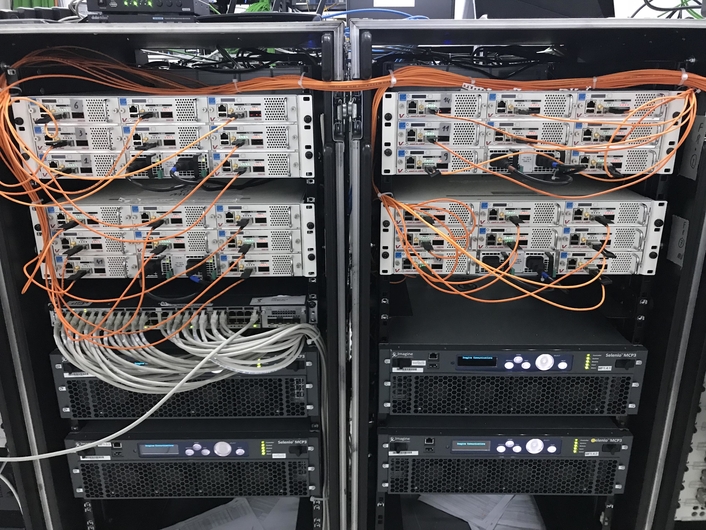 During the live production, Lawo equipment was used for signal processing and distribution, as well as for central control. Central routing in the Lawo setup was handled by a V__matrix unit, Lawo's software-defined IP core routing and processing platform. Two V__remote4 units provided the PTP synchronization, and a VSM (Virtual Studio Manager) system provided the overarching control. For the live broadcasts, the 27 major stadiums involved in the event were continually connected to the IBC, while the feeds for sports coverage at "smaller" venues were recorded by ENG cameras and the material fed to the IBC.

The broadcast setup included production kits in the stadiums with commentator units, as well as permanently installed equipment in the IBC for multilateral reporting. The signals produced at the venues were transmitted to the IBC, where they were distributed to broadcasters after technical and content checks.

The event calendar also determined the signal volume: In addition to live feeds from the 27 stadiums and the ENG material, signals from six beauty-shot cameras distributed throughout Indonesia for scenic and cultural impressions were recorded and distributed. With the daily feed of the press conference and the highlights of the day’s events to be produced and distributed, a router able to accommodate the large number of feeds was required. For this, HBS chose a V__matrix, Lawo's software-defined IP core routing and processing platform – also with a view to future IP-based broadcast production. 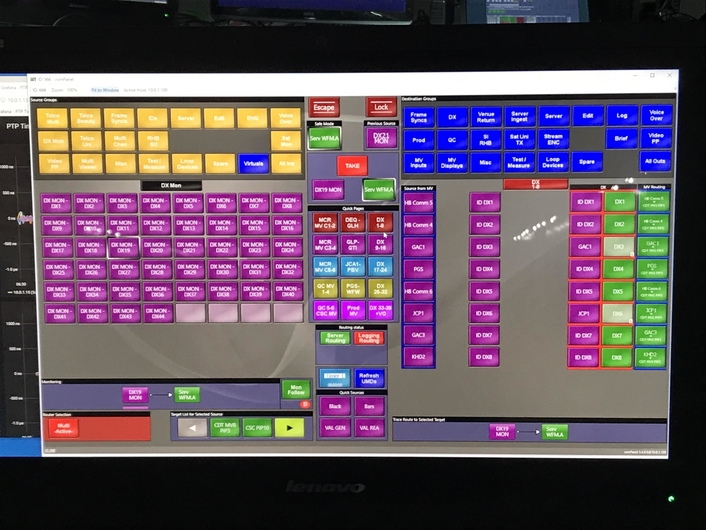 VSM GUI of the Router System

Configured with 400 inputs and 400 outputs, the matrix – 64 C-100 boards in eight frames – offered 21 multiviewer ports, controlled by Lawo's Virtual Studio Manager running on two VSM servers. The VSM system was operated via 16 VSM soft panels on six 23-inch displays available in the CDT (Contribution, Distribution and Transmission Room), as well as on tablet screens used in other rooms.

Head of Engineering, Harry Petry: "We chose the V__matrix for this task in order to be able to set up a decentralized IP infrastructure for our future projects. With its product portfolio, Lawo offers state-of-the-art IP-based technology and, with the V__matrix, is the market leader," he explains.

"Due to the Asian Games’ proximity to the World Cup in Russia, there was no time for us to configure and test the entire system as usual, but our cooperation with Lawo over many major sporting events in recent years gave such confidence that we nevertheless decided in favor of this solution. So we put the system into operation at the beginning of August, and despite the time pressure, everything went according to plan.” 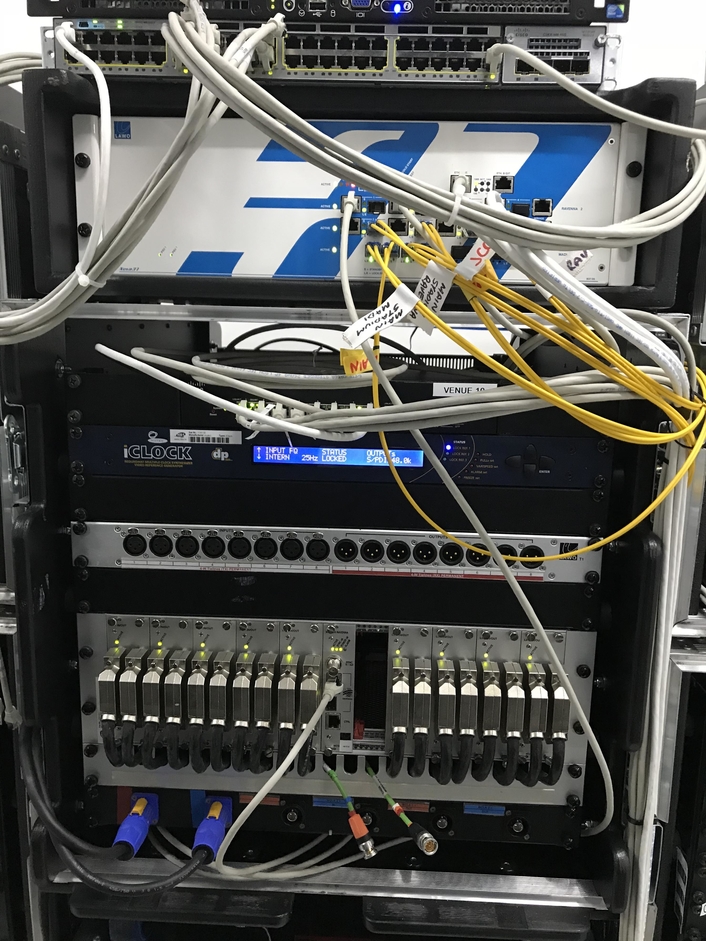 The V__matrix provides a fully virtualized real-time production infrastructure supporting many cores connected to a powerful standard switch with redundant 10GE and 40GE connectivity. This allows a distributed IP routing and processing matrix to be built with frame-accurate clean switching as with traditional baseband routers.

Where dark fiber venue connections were available, Lawo Commentary Systems were used to receive the commentary signals from the indoor swimming pool, the main stadium and the three venues in the IBC building. 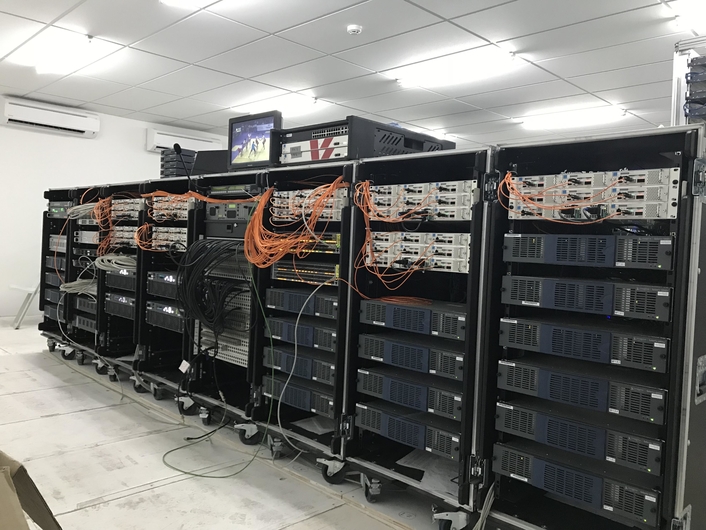