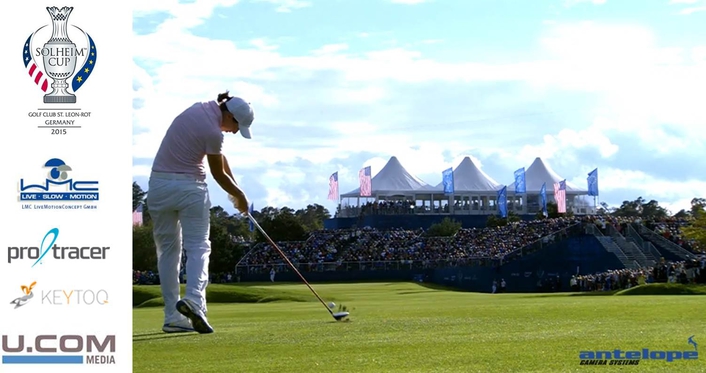 The United States knew it would take an epic comeback on Sunday if they were going to bring back the Solheim Cup across the Atlantic Ocean. They did well.

U.COM Media was in charge of the world feed production of the biggest major international event in woman´s golf which was broadcasted in more than 60 countries.

LET TV director Felix Marggraff was the responsible world feed director and in charge of the the Multi Camera Concept which included lots of special technologies to make the 2015 Solheim cup the first „Digital One“. 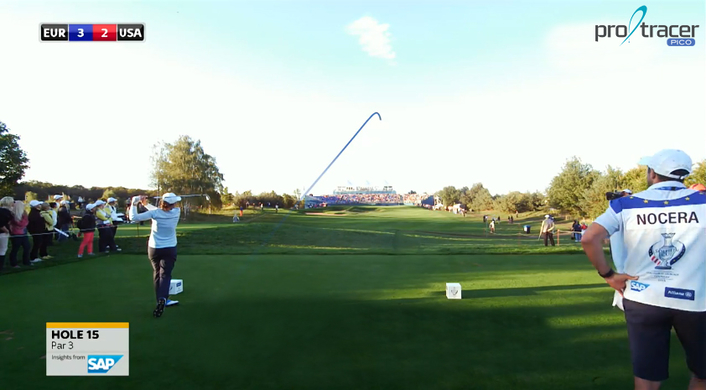 LMC LiveMotionConcept GmbH together with Keytoq supplied most of the „virtual enhancements“ during the 3 days of competition.

One major element was LMC´s Protracer PICO solution. A combination of the awarded Antelope PICO UltraSlowMotion POV camera and swedish based ProTracer technology. 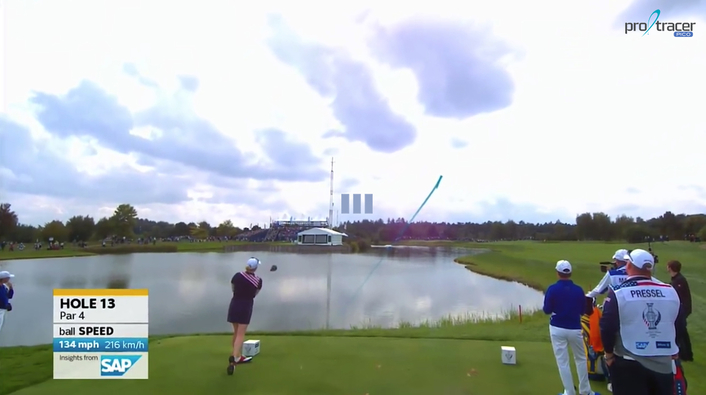 To maintain the high quality of production LMC subsidized an Antelope AIR.
The V2 version is the latest brand-new wireless UltraSlowMotion with specialized broadcast controllers recording up to 2,560 fps in full HD1080. 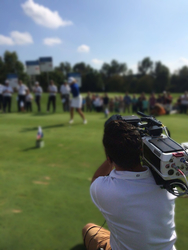 „Specially on Sunday we were sometimes short of RF cameras on the golf course“ states Marggraff, „so it was great to have an extra angle from the Antelope AIR that could also be used live“. The replays spoke for themselves. „An event like the Solheim Cup is about emotions. Yes you will show replays of bunker shots or light lies but what viewers will always remember is pictures from overjoyed winners and devastated underdogs“ states the world feed director.

Keytoq as official graphics supplier developed some new virtual graphics to illustrate distance and slope on the fourth green. Using a calibrated Canon J86x lens and a sensor head it was possible to measure putt-distances on the fly. Comparison of multiple ball positions on the green as well as a slope indication was also displayed  during the telecast. 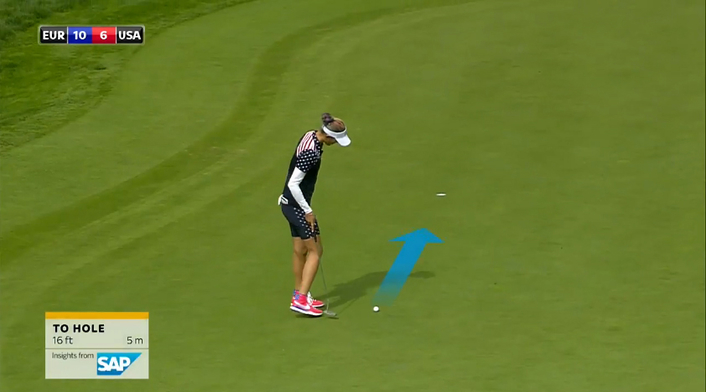 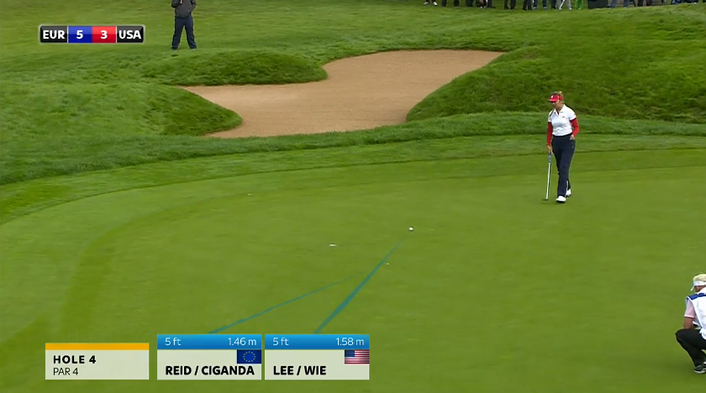 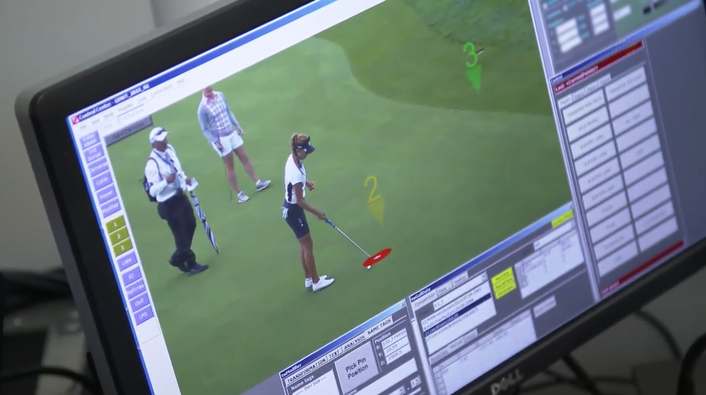 The next Solheim Cup will take place in Des Moines, USA in 2017