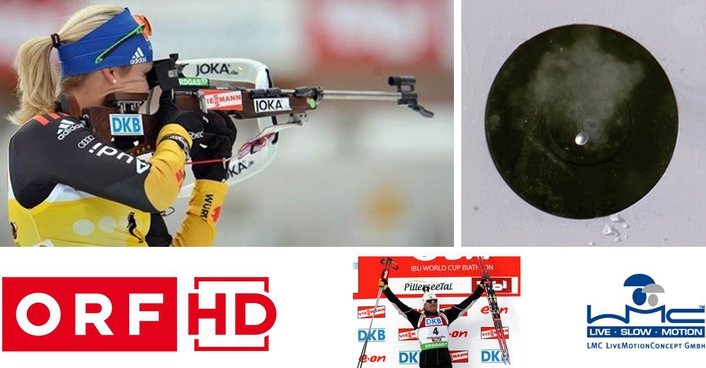 This season´s opening production took place at the Biathlon WC in Hochfilzen, Austria. Host broadcaster ORF chose the Antelope MkIIs system for various reasons. One main reason was a requested frame rate of more than 2.500 frames/second without any interpolation or image processing in native HD. The Antelope records up to 5.350 frames per second in native HD. The wide format chip which is based on the Phantom V641 technology does not require to perform any interpolation or image processing even when frame rates go up as much as 5.350 frames/second.

The use of specially designed controllers for both engineering and replay operations made it easy to supply stunning replays for both the world feed and the ORF national feed which have never been seen before on television."While soccer and other slower sports use other ultra-slow-motion systems which record 300-600 frames/second, it makes a huge difference to have replays with 2.000 or 4.000 frames/second specially when shooting fast sports like alpine skiing, biathlon or ski-jumping" says Nikolai Bonstedt, R&D Engineer and operator on site.

The combination using a Canon 100x HD lens  and the Antelope MkIIs gives you the possibility to see the impact of the projectile and its compression when shooting at 4.000 frames/second. Finally it is possible to make something visible which used to be absolutely invisible for the audience.When shooting replays at ski-jumping with a standard triple speed camera or a medium-highspeed-camera you can still slow down the action nicely but due to the lack of frames per second most details remain invisible because they get lost in motion blur or the shuttering of the camera. The exact moment of the lift-off or the impressive power which is visible in the flex of the skies are only some examples which make the Antelope a must during sports productions like that. 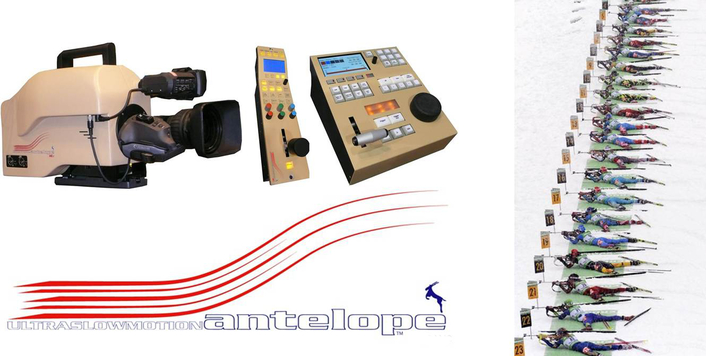 Up to 5.350 REAL frames per second in native HD without image processing

When using highspeed cameras for world feed productions the increased visibility of sponsor boards due to high frame rates is also a feature which gives highly added value to the client and its partners.