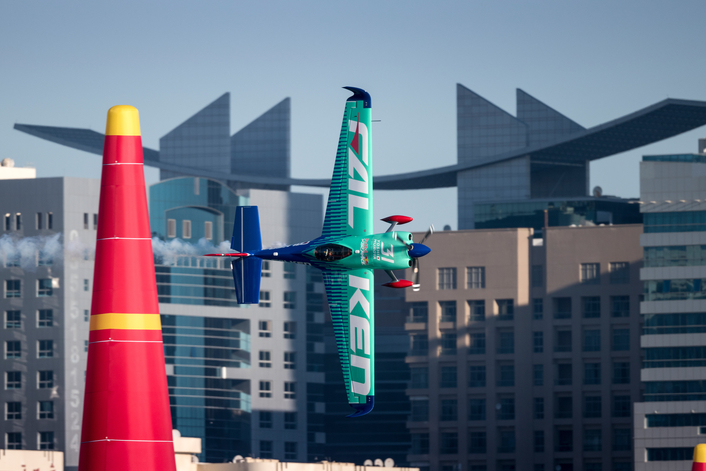 Tension was in the air at Qualifying for the Red Bull Air Race season opener in Abu Dhabi on Friday, as a new rule awarded World Championship points to the top three. The 2017 World Champion Yoshihide Muroya of Japan seized the opportunity, earning three points and the top of the overall standings in first. Canada’s Pete McLeod took second and the USA’s Michael Goulian earned third. With 25 points on offer to the winner of Saturday’s race, in less than 24 hours any one of the 14 international pilots could claim the head of the overall leaderboard.

– History’s 12th consecutive Qualifying in spectacular Abu Dhabi witnessed appropriately spectacular flying on Friday. Muroya, who has not won a race since he clinched the 2017 title, avoided the over-G penalties that have sometimes been his nemesis to deliver textbook Vertical Turning Manouevres on his way to a time of 53.024. McLeod logged 53.240 and Goulian’s time was 53.400. 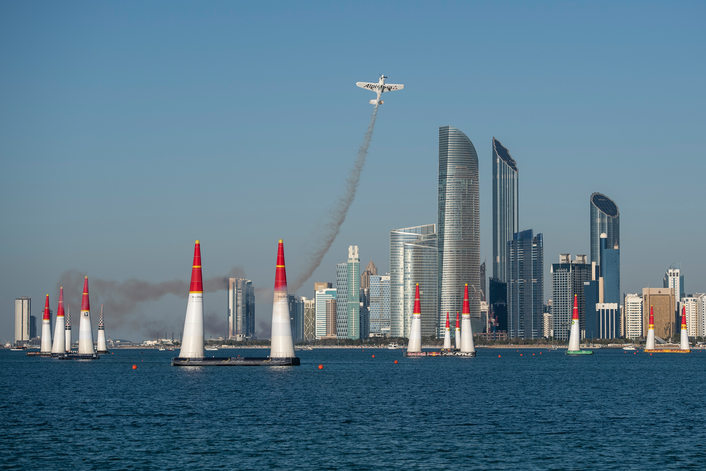 – Based on the new points system, the winner of Qualifying earns three points, the second place finisher takes two points and the third-place pilot earns one. Goulian was awarded one point, but although McLeod came in second to Muroya, based on a post-race technical inspection, the Race Committee decided not to award the Canadian two points due to the fact that one magneto was out of the limit on his raceplane. It was apparent that the issue was not intentional, and so McLeod’s second-place ranking will be maintained.

– Defending World Champion Martin Šonka of the Czech Republic finished fourth, exactly a half second behind his longtime rival Muroya, and from top to bottom, the entire field of 14 pilots were separated by just 1.568s.

– The 2018 World Championship was determined by only five points, so the points picked up in Qualifying across the season could make a critical difference overall at the end of the season. 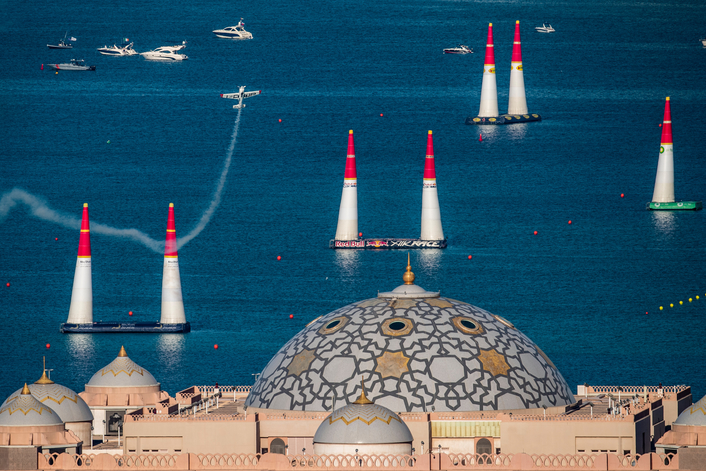 – Muroya will be challenged by Nicolas Ivanoff of France, who won the Abu Dhabi race in 2016.

– McLeod will take on the USA’s Kirby Chambliss, who has a previous 2006 win in the capital.

– Goulian goes up against Petr Kopfstein (CZE), who has so far been flying conservatively to allow a new engine to fully break in.

– Šonka, who took his career-first race win in Abu Dhabi in 2017, will face Chile’s Cristian Bolton.

Yoshihide Muroya (JPN): “This is just three points, but at the end of the year maybe it’s going to be a big three points. It’s really important to collect as many Qualifying points as possible, and this is a really good start. We were sometimes struggling with Over-Gs last year – we prepared a lot for that, and for now it’s working out. My head-to-head against Nicolas Ivanoff tomorrow will not be easy – he has a fairly new engine – but I will stick with the same plan, same tactics, same lines, and we will see.” 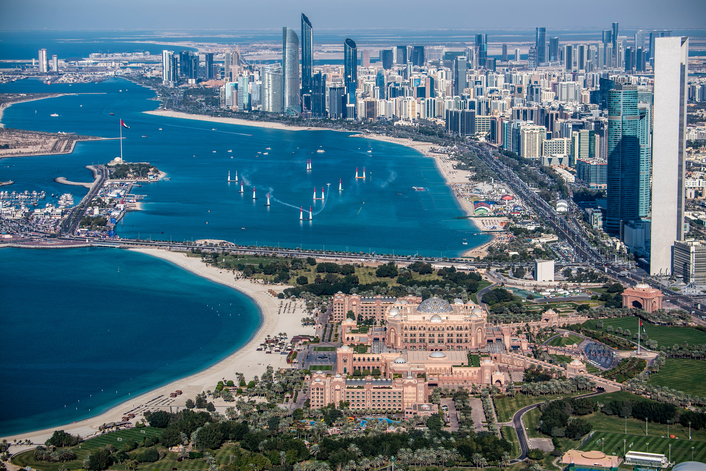 The Red Bull Air Race World Championship is an aerial motorsport series that demands a combination of speed, precision and skill. Using the fastest, most agile, high performance race planes, pilots compete in iconic locations over water and land. The high speed, low altitude and extreme manoeuvrability required make it only accessible to the world's most exceptional pilots.

The Air Race was developed in 2003 and is accredited by the Fédération Aéronautique Internationale (FAI), with more than 90 races completed across five continents. As the most advanced aerial challenge in existence, competing in the Red Bull Air Race World Championship is the highest accolade for elite pilots.

A Challenger Cup feeder series was introduced in 2014 with the goal of facilitating the development of the unique skills required for the Master Class for the next generation of pilots.