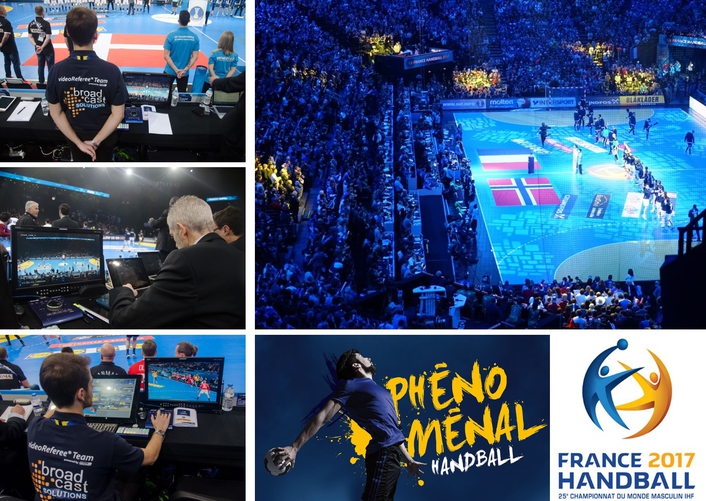 The IHF Men’s Handball World Championships in France were one of the best covered handball tournaments ever. During the competition videoReferee® was the overall video judging system and used at all venues. Beginning with the semi-final the last four games, including the final match, were covered with a 20 channel videoReferee® system, giving the referees as much viewing angles as never before. The videoReferee® had access to 8 signals from system-specific cameras located directly at the field and in the goals. Since the host broadcaster during the finals used more cameras as originally planned (including a flying camera), it was self-evident for the videoReferee® team to make these additional signals accessible to the referees for judging purposes. To fulfil this goal the number of camera signals retrieved from the OB Van was increased to 12 signals.

Ramon Gallego, Member of PRC, responsible of Video Referee System during the IHF World Championships 2017 France: „We are very satisfied with the use of the videoReferee system during the IHF 2017 World Championships in France. The system was used to clarify dubious scenes more than 20 times and worked very reliably. For the IHF the use of videoReferee was very important to help the referees and to ensure a fair competition. We are ready to listen to Broadcast Solutions’ proposals to improve our work.”

Lars Geipel, referee at the IHF World Championships 2017 France: "The video assistant referee is a great help for the referees. Any technical support that helps the referees to make the right decision in critical moments of a game is a good thing. We support the project. It is important, however, to use the video assistant referee not inflationary, but only in a few, very decisive situations. " 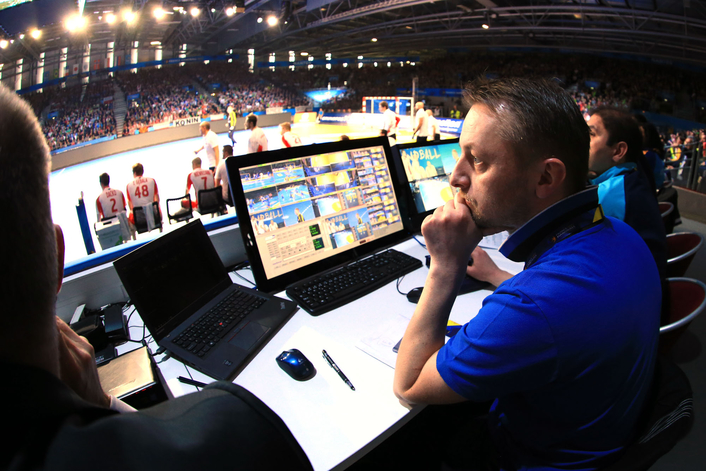 The 2017 IHF Men’s Handball World Championships in France will probably be the fairest competitions ever when it comes to referee decisions. During the World Championships German System Integration Company Broadcast Solutions GmbH provides the technology for the video support of the referees with several videoReferee® systems. Together with technology provider Slomo.tv, all of the competition venues are equipped with the VideoReferee ® video judging systems with support by Broadcast Solutions during the tournament.

The videoReferee® video judging system has been tested and used for years in several sports. The system is already in use successfully in major sports leagues all around the world (e.g.: Ice-Hockey, Canoe Slalom, Basketball, Volleyball) and proved its functionality and ease of use without any failures during comptetions. For several years now, all international canoe slalom competitions of the International Canoe Federation (ICF), including the Olympic Games 2016, are monitored by videoReferee® systems.

At the IHF Handball World Championships 2017, videoReferee® is the overall video judging system with one system located directly at the sideline in each venue. The system uses 6 system-specific micro-cameras that cover the field: 2 per goal, one for the overall overview and one for the scoreboard. In addition, the videoReferee® system has access to 6 additional TV camera signals retrieved from the OB Van. Each system can process up to 16 (+2x4K) (Paris) respectively 12 signals giving the referees the possibility to review a situation from different angles. The videoReferee® is positioned directly at the time table at the sideline of the field, where the referee is located for the video judging. 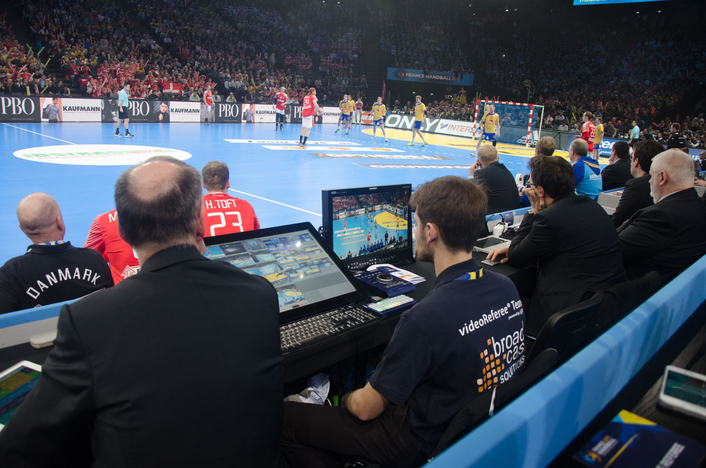 During the competition, all signals can be viewed and marked simultaneously throughout continuous recording. videoReferee® offers organizers and referees unprecedented opportunities to clarify controversial situations, thus ensuring more fairness during the competition. The marking of dubious situations can be done by the referee directly. Using the controller (and / or the touch screen), individual channels can be selected or special situations can be searched and marked – all in real-time. The referee can mark situations during live-recording or by accessing previously recorded material and can choose between the simultaneous view of 4 channels, single view or zoom view.

Thanks to the simple and intuitive operation of the videoReferee® system and its controller, trainings on the system are fast and easy – judges can start to work with the system in a breath. Throughout the tournament, Broadcast Solutions operators to manage the videoReferee® and assist the field referees.