Gearhouse Broadcast, a leading supplier of specialist broadcast solutions, has provided remote coverage for Sky Sports at the Barclays ATP World Tour Finals tennis at London’s The O2. The HD remote production is enabling Sky Sports to cut the entire broadcast from its headquarters in Osterley, west London, some 19 miles away from the action.

On site at The O2, the Gearhouse Broadcast facility supports the transport of 25 video signals to and from Sky Sports in Osterley, with the vast majority being sent as IP streams from equipment hosted in the Gearhouse MCR racks. Gearhouse worked closely with Sky to integrate the OB Riedel Artist frame with the broadcaster’s own internal Riedel system, providing 20 VoIP communication circuits between the venue and base. 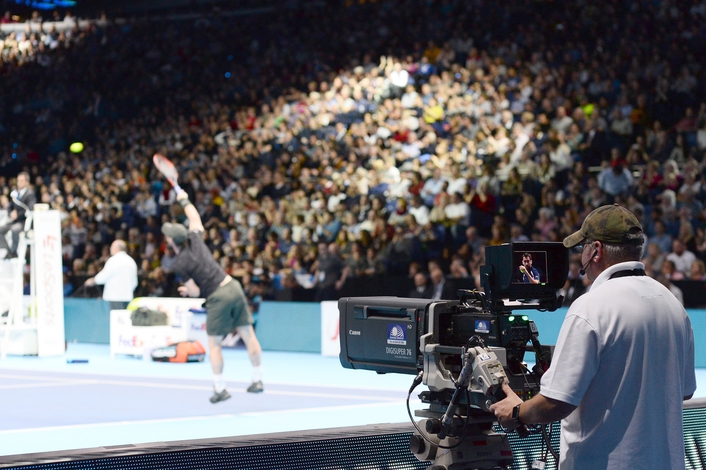 “The remote production is working really well and we’re able to cut the programme together from familiar surroundings using our usual workflow and equipment,” said Gordon Roxburgh, technical manager at Sky Sports. “Our production team and director back at the studio have remote control of a sub-router, allowing them to choose a selection of the host feeds and bring them in to our main production gallery. This is similar to how we would run a regular outside broadcast with feeds being ingested in to an on-site video server.”

Gearhouse is also providing six cameras for Sky Sports including four new Sony HDC-4300’s. Two are studio cameras, both of which have drops of the practice courts located in the Sponsors Village and Fan Zone, as well as courtside. There are two cameras in the player interview room working with the Skypad touchscreen tool, as well as a site-wide RF camera and a commentary camera.

“We ran a similar remote production for Sky Sports in the past and the benefits are obvious in terms of consistency of output, creating time efficiencies and generating cost savings,” said Hamish Harris, unit manager at Gearhouse Broadcast. “Aside from having an established technical infrastructure, and an extensive understanding of IP transport, good communication is the key to a successful remote production. It’s vital that the on-site crew know what those back at base are doing and vice versa to make sure that everything runs smoothly.” 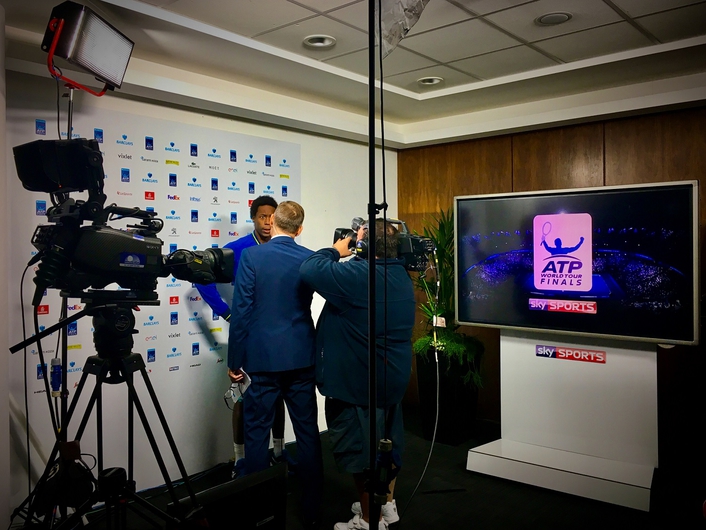 In addition, Gearhouse Broadcast is providing all of the professional broadcast solutions used by ATP Media as host broadcaster at the Barclays ATP World Tour Finals. This partnership is now in its 17th year and also includes the ATP World Tour Masters 1000 and ATP World Tour 500 tournaments that run throughout the season.