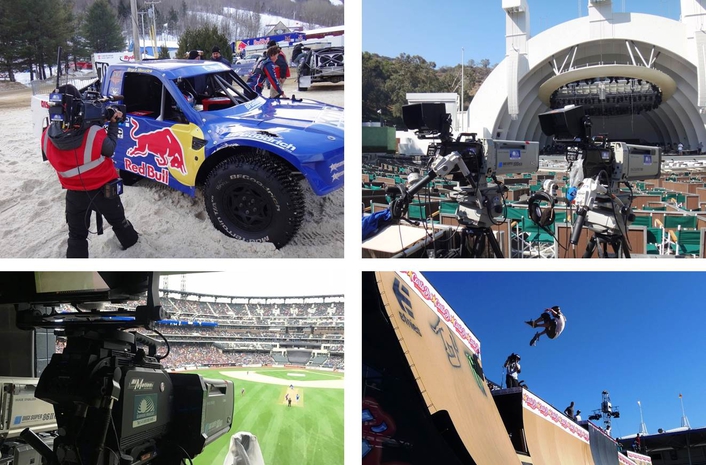 Gearhouse Broadcast, a leading supplier of specialist broadcast solutions, has announced that it is building a 4K supertruck that will be available for use throughout the USA. Based in Los Angeles, CA, the new mobile unit has been commissioned to add to Gearhouse’s mobile business in the region, which has experienced continued growth in recent years. It is being designed specifically for the US broadcast market, giving customers further benefits from Gearhouse’s experience in providing the technical equipment, facilities and services to capture the world’s most watched content.

The new 4K truck is being built by Gearhouse Broadcast’s UK-based systems integration team and specialist coachbuilder A Smith Great Bentley and will be available for 4K and HD productions in early 2017. It will feature 16 Sony HDC-4300 4K/HD cameras with six additional inputs for RF cameras and can deal with another ten remote inputs. The truck has a main control room and an ancillary control room for second language or webcast subswitch. The monitor wall will consist of 24 Boland 4K monitors driven either as Quad splits or single input 4K monitors from the main router giving total flexibility in HD or 4K. It will be the first truck in the US with an entirely 4K monitor wall. The vision switcher will be a Grass Valley Karrera K-Frame S-series 4ME switcher, and there are four 12 channel EVS XT3 ChannelMAX live production servers, the router is an Imagine Communications Platinum IP3 28RU supported by a Lawo VSM control and monitoring platform. The audio mixer is a Calrec Artemis 56 fader and communications is through the new RTS Adam modular matrix intercom.

“This new 4K supertruck will be designed, built, integrated and finished to the highest standards, specifically for the US live production market, of which we have an excellent understanding” said Marc Genin, managing director of Gearhouse Broadcast USA. “The flexible lay out means that it can be used for both sports and entertainment and the integrated wireless capability is a real bonus.”

Gearhouse Broadcast COO Kevin Moorhouse added: “We have a blueprint for successfully delivering and operating a native 4K OB supertruck with our HD8 truck in Australia that has been phenomenally successful in the 18 months since its launch. The time is now right to introduce a similar spec vehicle into the North American market, where demand for our industry-leading services is increasing at an impressive rate.”