With FIFA’s first eNations Cup looming just around the corner, the live final was a tense day of gaming that ultimately saw Donovan ‘F2TEKKZ’ Hunt and Tom ‘FUTWIZ’ Leese become the 29th official England team, and who will proudly represent their country in the tournament’s debut.

Broadcasting all of the action live to England’s official YouTube channel was the FA’s in-house video team, enlisting the support of technical consultant, Alex Pettitt, who they first worked with on the FA’s Lions’ Den show which was broadcast live from the England camp in Russia during last year’s World Cup. 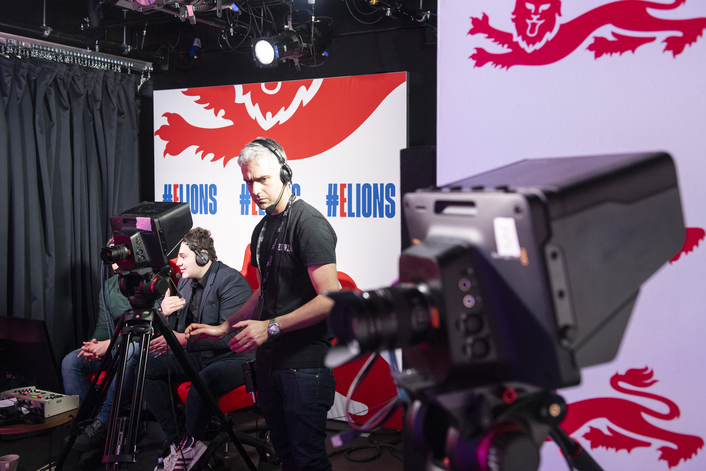 Temporarily setting up camp in Marylebone’s TOG Studios, the duo had to quickly identify what they could and couldn’t do with the studio’s existing infrastructure. “As well as a very tight turnaround for the project, and from a technical perspective, this was the biggest challenge,” Alex explains. 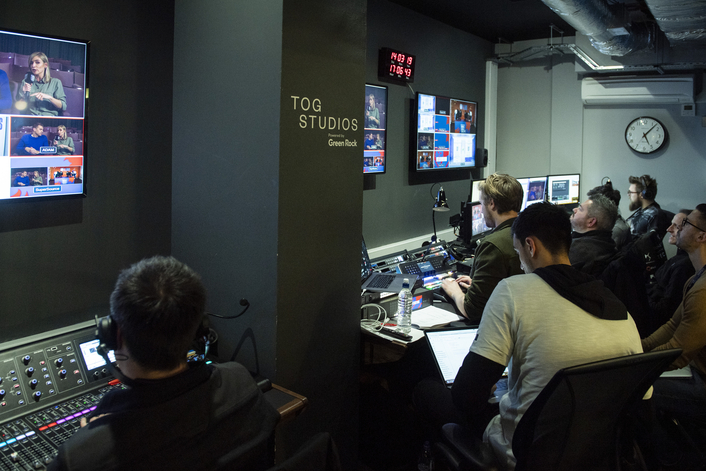 “We had a specific 3-box look we wanted to go for onscreen,” he continues. “There’s a background, but the majority of the screen is the Xbox or Playstation gameplay, and to the side of that you have two live camera feeds capturing each gamer’s reactions. That way everything is on screen for the viewer to watch and the director doesn’t have to do any crazy cutting!” 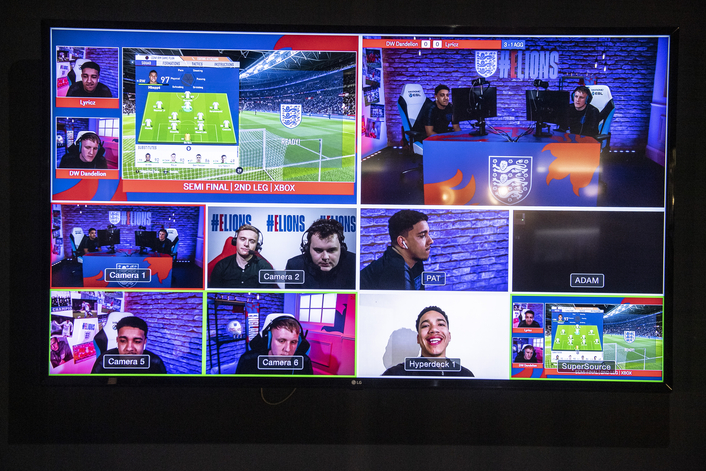 To achieve the desired setup, the team brought in an ATEM 4 M/E Broadcast Studio 4K. Alex says, “Paired with an ATEM 1 M/E Advanced Panel and Talkback Converter, we had a very powerful gallery which allowed us to do some pretty complex setups.” 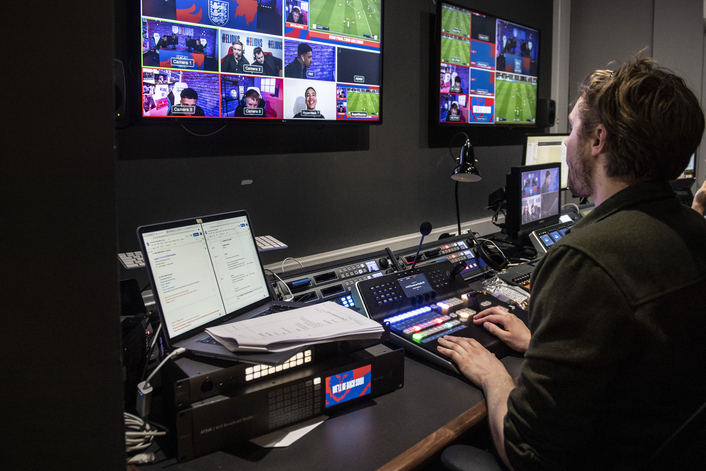 “The micro cameras worked perfectly, as they are small and could be mounted on top of the monitors without being too intrusive for the players, whilst also producing a nice clean image.

“We stuck ultra wide 7mm lenses on them so that we could get within just a few feet of the gamers while still giving us a wide enough field of view. That meant we could still keep some England/FA branding in the background of the shots, such as a scarf or posters.” 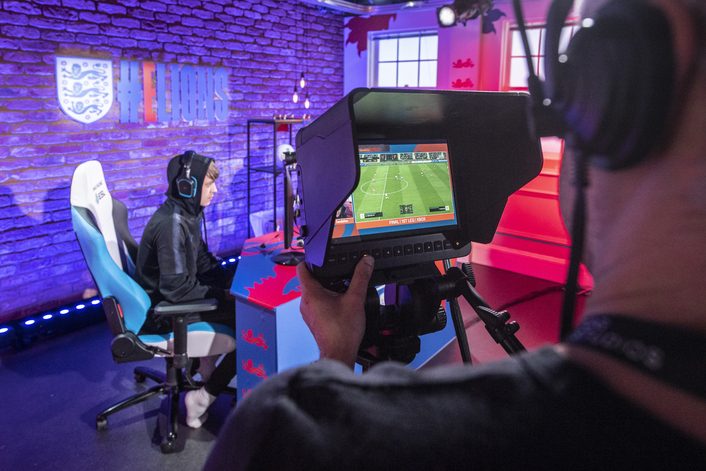 “It’s gaming, so we wanted 50 frames, and 1080p is the highest we could go with that,” explains Alex. “We used an UltraStudio HD to get the feed to a Mac and into OBS software and out to the FA’s YouTube channel.” 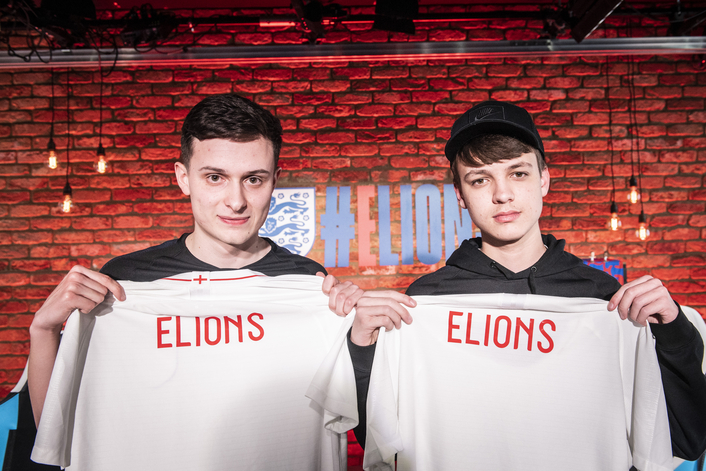 After gaining more than 34K views on YouTube so far, it was a successful first broadcast, but Alex feels there is always room to improve. “The great thing about YouTube and being live, is we have that instant feedback from the audience,” he explains. “We can see in the comments people saying things like ‘Bring on the next game!’, and so next time, shorter stops between games is something